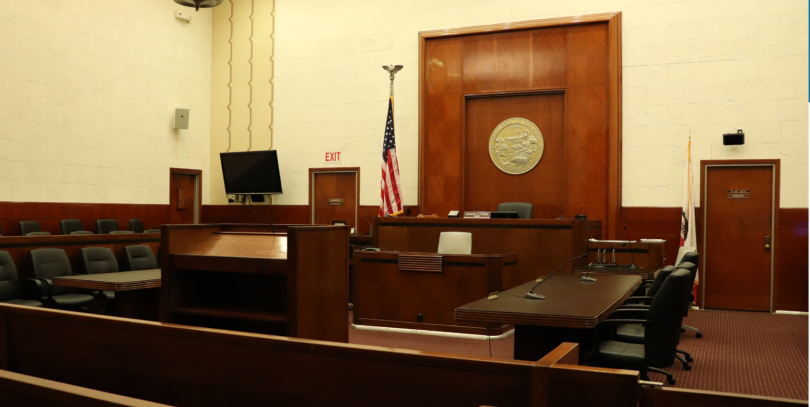 Misdemeanor charges make up over 80 percent of the criminal cases processed across the nation.

In the last few years, however, a new brand of reform-minded district attorneys have been dialing back many of these low level prosecutions, reasoning that, from a cost/benefit perspective, it is often not in the best interest of public safety or community health to charge these nonviolent crimes.

When LA County elected District Attorney George Gascón, announced his list of reforms on December 7, right after his swearing in, high on the list of “special directives” is his decision to not file on certain misdemeanors.

(You can find the text of this “special directive” here.)

At the other end of the nation, Rachael Rollins, the District Attorney of Suffolk County, Massachusetts, made a similar decision in early 2019.

In doing so, Rollins drew criticism from police unions, state public safety officials and business owners over her instruction to assistant district attorneys to decline prosecution for nonviolent misdemeanor crimes, like disorderly conduct, driving with a suspended license, or trespassing, and similar offenses.

Gascón campaigned on such reforms, yet during his nearly four months in office, he has gotten, if anything, stronger pushback from police unions, and conservative DA’s associations,  which have been pushing for his recall.

Yet, Rollins, Gascón, and other reformist DA’s have persisted.

“When we are compassionate and allow [those who commit low level misdemeanors] to go on with their lives…they often don’t come back into contact with the criminal legal system and we are safer as a result of that,” Rollins recently told WBUR’s Radio Boston.

Others who hold a more conservative view of crime and consequence argue that, without the threat of punishment, lawbreakers, even if their initial offense is non violent, have less incentive to reform. Worse, the next time around, their illegal actions may escalate.

So, what is the truth of the matter?

A trio of researchers decided to dig into the question and, on Monday, March 29, they released their findings via the nonpartisan National Bureau of Economic Research.

Among those findings, the three learned that those people who were arrested but not prosecuted for low-level, nonviolent misdemeanors such as shoplifting, drug possession, motor vehicle offenses, and similar actions,  were “58 percent less likely to commit another crime  in the following two years, than those who were prosecuted for that same minor crime.

Non-prosecution also reduced the rate at which nonviolent misdemeanor defendants were charged with subsequent violent offenses within two years by 64 percent, relative to comparable prosecuted defendants, according to the new report.

How they did it

In order to conduct their study, the authors — New York University Professor, Anna Harvey, Rutgers University’s Amanda Agan, Texas A & M economics professor, Jennifer Doleac — used 14 years worth of data from the Suffolk County District Attorney’s Office, which were gathered between between 2004 and 2018.

(FYI: Suffolk DA Rachel Rollins was elected in 2018, so the data the researchers used was mostly from the 14 years before she came to office.)

“So far there has been little empirical evidence to inform policy in this area,” the authors wrote. “In this paper we report the first estimates of the causal effects of misdemeanor prosecution on defendants’ subsequent criminal justice involvement.”

In order to better answer their questions, the researchers used a variety of statistical research tools  to separate the effects of the decision to prosecute from other factors that could influence outcomes, such as the personal history and characteristics of each defendant, plus the various characteristics of the individual cases.

Once their tools were applied, looking farther, the researchers found that the majority of misdemeanor cases in the United States arise from the criminalization of relatively common behaviors such as disorderly conduct, disturbing the peace, possession of small quantities of prohibited substances, trespassing, and driving without a valid license/registration/insurance,” and other similar actions.

The authors also noted, not surprisingly,  that these most minor of misdemeanor convictions could decrease employment prospects, which in turn increased the likelihood that those who acquired misdemeanor conviction records might turn to “illegal forms of economic activity,” if they could find no other work, post conviction.

And even when misdemeanor prosecutions don’t result in convictions, according to the 87-page report, the lengthy time it takes one to go through being prosecuted for a misdemeanor arrest — which averaged 185 days to resolve, according to the new report — often will greatly “disrupt the individual’s work and family life.”

If the arrest is prosecuted, even if the individual isn’t convicted, the prosecution still has a good chance of winding up on the person’s record, which can increase the likelihood of subsequent illegal actions that are survival driven.

It doesn’t help that misdemeanor prosecutions are often likely to change the behavior of law enforcement during subsequent criminal justice contact, the researchers wrote.

The same can be true with the post arraignment behavior of deputy district attorneys, who are often the ones who make the subjective judgement call about whether or not an individual will be charged with a nonviolent misdemeanor, according to the report.  Or whether those same charges will just be dropped.

“If during subsequent criminal justice contact, decision makers see previous criminal charges or convictions, they may be more likely to move forward with arrest and/or prosecution,” the authors wrote.

Another finding the report produced was the discovery that non-prosecution appeared to have a much larger impact on the likelihood or lack thereof of subsequent arrests for first-time offenders, than on those with a prior record, “suggesting that averting initial entry into the criminal justice system” they wrote, has the greatest benefits.

“Law enforcement has historically pursued punitive policies directed at these ‘quality of life’ offenses in the belief that those policies enhance public safety,” said co-author Anna Harvey of New York University after the report was released.  (Harvey is also the director of NYU’s Public Safety Lab.)

“But we’re now starting to learn that such policies don’t always produce more public safety,” she said. “This study indicates they may make us less safe.”

What the DAs think

In response to the study, reformist SF District Attorney Chesa Boudin agreed with Harvey.  The new research, he tweeted,  “shows that prosecuting quality of life or low level offenses doesn’t make us safer. It actually leads to more crime. Fear-driven policies got us mass incarceration. Following science and data is what will make us more safe.”

Interestingly, on March 26, a few days before the release of the new study, Baltimore City State’s Attorney Marilyn Mosby announced that her office’s non-prosecution policies of low-level offenses, which she implemented during the worst of the COVID-19 pandemic, in order to lower the population of Baltimore’s jails, will now be made permanent.

“In Baltimore,” Mosby and her office wrote, “since implementing policies last March to stop prosecuting a range of low-level offenses, the jail population is down by 20 percent, even while violent crime declined 20 percent and property crime declined 36 percent. Of the nearly 1500 people who had cases dismissed because of these policies, just 0.4 percent were arrested for another crime in the eight months following implementation of these new policies.”

In addition to Mosby, and DAs Rollins, Boudin, and Gascón, some of the other reform-minded prosecutors who of late have been talking about a strategy of non-prosecution as a tool for public safety, are District Attorney Eli Savit, of Washtenaw County, Mich., and Dallas County District Attorney John Creuzot, plus a growing list of others.

“For too long, communities of color have been overpoliced and under protected. Racial disparities permeate every aspect of the criminal legal system, including misdemeanor arrests,” said former federal prosecutor, Miriam Krinsky, founder and executive director of of the nonprofit Fair and Just Prosecution, about the new research.

Suffolk DA Rollins joined the others with an enthusiastic tweet, the day that the study was released.

“I have & always will be concerned with public safety, but prosecution is not always the best way of ensuring safety,” she wrote  “Adopting declination and diversion policies is not only the right thing to do, it’s the smart thing to do. The data doesn’t lie.”