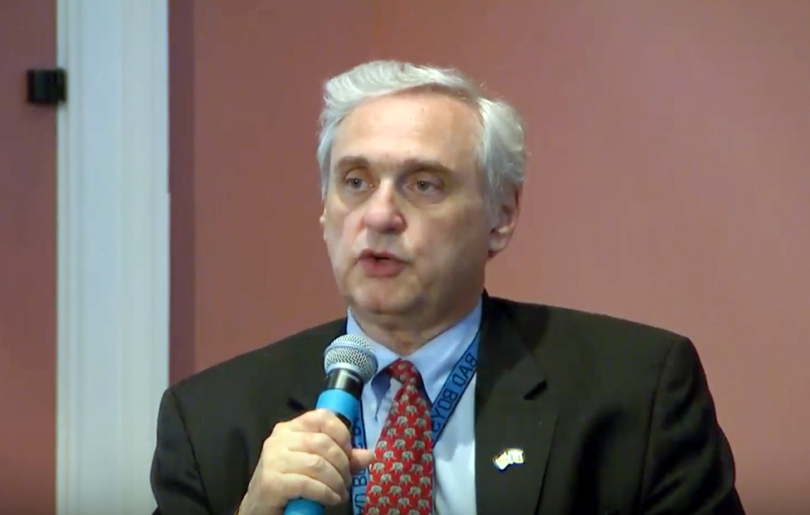 On Thursday, Sidney R. Thomas, the chief judge of the U.S. Court of Appeals for the 9th Circuit, ordered an inquiry into sexual misconduct allegations against powerful, brilliant, and famously outspoken Judge Alex Kozinski.

According to Judge Thomas’s order, the probe into the matter is “based on allegations contained in a December 8, 2017, Washington Post article entitled ‘Prominent 9th Circuit Judge Accused of Sexual Misconduct’ …”

Although it appears that no one has complained about Kozinski directly to the court, the WaPo article itself became the “complaint” that constituted “reasonable grounds for inquiry,” according to Thomas’s order.

The Post’s story, reported by Matt Zapotosky, told of six women who formerly clerked for Kozinski or other 9th circuit judges, or were junior staffers—externs—at the court, who described discomforting encounters with the well-known judge.

For example, Emily Murphy, who did not clerk for Kozinski, but for another judge, related a conversation with Kozinski and some other court staff, in which he told her repeatedly she should work out naked in the court gym after she mentioned that the gym was underused and often nearly empty. Murphy is now a law professor. She and Bond, now a novelist writing under the name of Courney Milan, are the only two of the six who allowed their names to be used.

(You can read Bond’s own #MeToo account of her time clerking for Kozinski, and its affect on her, here.)

Judge Thomas made it clear that he did not think the 9th Circuit should investigate one of its own. To ensure confidence “in the impartiality of any proceedings,” he wrote, “and exceptional circumstances appearing…I request that the Chief Justice of the United States transfer this complaint to the judicial council of another circuit for review and disposition.”

Judge Kozinski, who was appointed to the federal appeals bench by Ronald Regan in 1985, told the Los Angeles Times he was unaware of any formal complaint against him and noted that he has employed 120 clerks and 400 externs over the years. “If this is all they are able to dredge up after 35 years, I am not too worried,”

None of the six women who told the Washington Post of allegedly sexually inappropriate experiences with the judge felt comfortable making a complaint during the period when they were working at the court, or shortly thereafter.

It is also relevant to know that Kozinski is one of a small group of jurists who are known as “feeder judges” whose proteges often go on to clerkships at the Supreme Court, a fact that has made positions on his staff among the most sought after in the federal judiciary.

Furthermore, when the Washington Post originally broke the story, the paper reportedly contacted “dozens” of other former clerks and former staff. Of those who returned the messages, many “said that they experienced no harassment of any kind.” Their experience, “which entailed grueling work into the wee hours of the morning every day” was, they said a rewarding one.

Since the publication of the December 8 news story, however, more women than the original six have come forward—either to speak to the Post, or to write about their past experience with the legendary judge.

Among the second round of voices is that of Dahlia Lithwick, the highly regarded legal correspondent for Slate who, on Wednesday of this week, published her own memories of Kozinski and about “the strange hypersexualized world of transgressive talk and action that embodied his chambers.”

This is the “problem with a system of ‘open secrets,” Lithwick wrote in her detailed and emotional account. “All the clerks and former clerks in Kozinski’s ambit knew and understood that you assumed the risk and accepted the responsibilities of secrecy. Once you acceded to the poker games and the movies and the ritualized sex talk, you helped give it cover and license.”

Kozinski, who has written on a wide variety of topics relating to law and the nation’s legal system for such publications as The New Republic, The National Review, and The New Yorker, has also written more than once on sexual harassment, such as in this 1992 forward to a scholarly book on the topic by two employment attorneys..

“A fast, effective, and confidential grievance procedure for dealing with harassment problems,” Judge Kozinski wrote, “is yet another essential component of any company’s office policy.”

And yet his own working sphere, according to the former clerks and staff who are now speaking out, sometimes demanded, as Lithwick put it, “the ritualized humiliation of young women.”

Interestingly, also on Thursday, shortly before Thomas issued the order, according to Above the Law, and confirmed by The Daily Caller, three of Judge Alex Kozinski’s law clerks resigned.