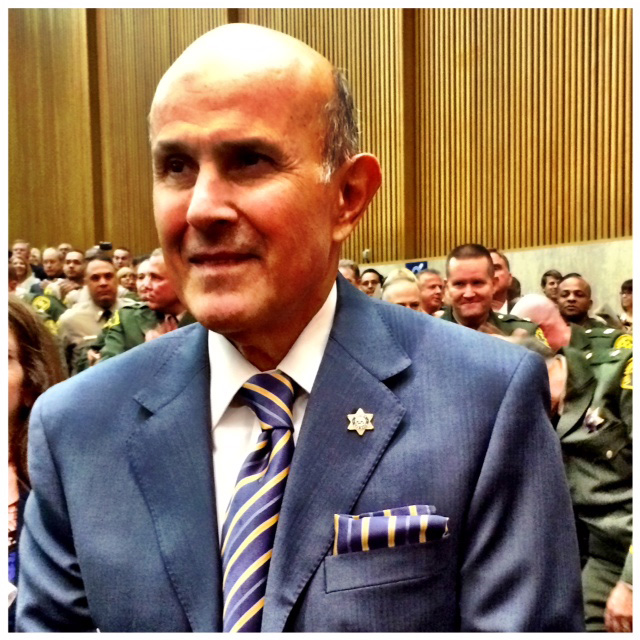 After two weeks of negotiation, reportedly no new plea deal has been reached between attorneys for former sheriff Lee Baca, and government prosecutors.

This means, according to sources, that barring some legal miracle, in the near future the four-term former leader of the nation’s third largest law enforcement agency will face an indictment for charges that go beyond the one count of lying to federal officials that was the basis of Baca’s original plea deal.

Specifically, if indeed Baca’s plea deal vanishes,—as is expected to happen on Monday morning, August 1, in the courtroom of Federal district Court Judge Percy Anderson—the government is expected to indict Baca soon for obstruction of justice, and conspiracy to obstruct justice, along with the single count of lying to the feds, that was the basis for Baca’s original deal.

Then some time next year or so, Baca will go to trial.

For those coming late to this drama: in February of this year, the former sheriff pleaded guilty to one count of lying to federal officials having to do with an FBI investigation into corruption and brutality by deputies inside the sheriff’s department-run LA County jail system—an investigation that, according to the government, Baca, his former undersheriff, Paul Tanaka, and others attempted to thwart.

Once Baca pleaded guilty to the single felony count in February, all that remained was for the former sheriff to be sentenced by Judge Anderson, which was supposed to occur just under two weeks ago, on July 18th. There were, however two wild cards that affected the sentencing end of the deal.

One wild card was Baca’s newly disclosed diagnosis of early stage Alzheimer’s disease (a story that WLA broke in late May).

The other wild card was the fact that the plea deal agreed to by Baca was a special kind of legal arrangement in which the sentencing range was agreed to upfront, rather than leaving it to the whim of a judge, post deal. In Baca’s case, the sentencing range approved by both the defense and the prosecution was 0 to 6 months in a federal prison.

The prosecutors pushed for the upper end, meaning a six-month sentence.

At the same time, the defense tried to persuade Judge anderson that no prison time and probation only was the way to go given Baca’s past accomplishments, and his present declining health.

But Judge Anderson chose door number three and elected not to accept either the prosecutors’ suggestion or that of the defense. Instead a grim-faced Anderson said he was rejecting the plea deal altogether, and giving Baca a chance to withdraw his plea, and go back, legally speaking, to square one.

A six-month sentence for Lee Baca, said Anderson, “would trivialize the seriousness of his offenses, his lack of respect for the law and the gross abuse of the public trust….”

Anderson gave Baca and his team of attorneys, led by former Assistant U.S. Attorney Michael Zweiback, until Monday, August 1, to decide what the once-powerful former sheriff wanted to do now that the judge had dynamited the plea deal.

His options were as follows: He could elect to accept whatever sentence the judge decided to impose, which could be as high as five years. Or, together with the prosecutors—Assistant U.S. Attorneys Brandon Fox, Lizabeth Rhodes and Eddie Jauregui—Baca and company could present a mutually-agreed-upon alternate deal that might be more to the judge’s liking.

Or Baca could simply withdraw his original plea, thus almost certainly triggering an indictment and a lengthy federal trial sometime next year.

It appears—barring the aforementioned miracle—everyone, however reluctantly, is about to go for option three.

PHOTO NOTE: The above photo of the former sheriff was taken at the swearing in of Sheriff Jim McDonnell.