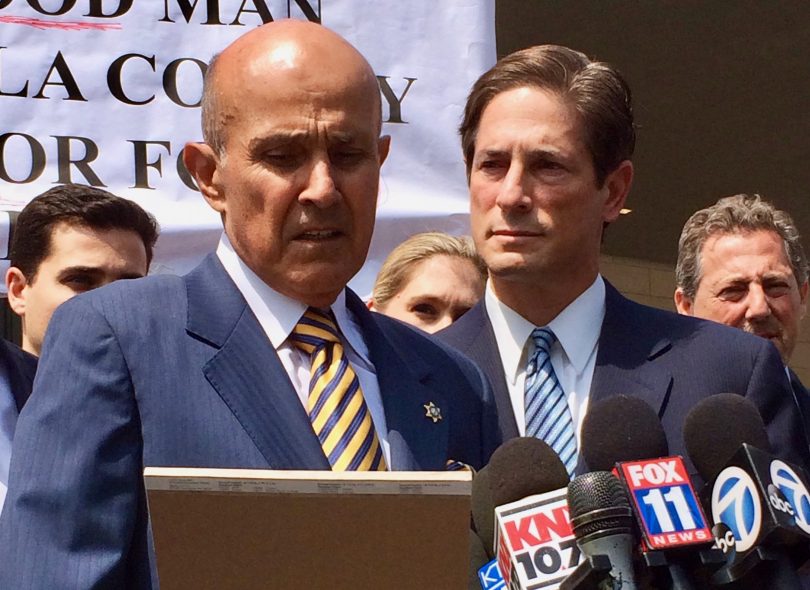 If We Could Do It Over Again

Right before former Los Angeles County sheriff Lee Baca was sentenced on Friday by U.S. District Court Judge Percy Anderson to 36 months in a federal prison, the LA Times ran the Op-Ed by WitnessLA about the warning signs we missed during the more than 15 years that Baca was the popular head of the nation’s largest sheriff’s department.

If the press and the electorate had been more vigilant could we have derailed the growth of the toxic culture inside the LASD that led to federal convictions (or plea bargains) for 21 department members?

Would rigorous civilian oversight that had some kind of legal authority have prevented the damage done by this mess to the many brave and decent members of the Los Angeles County Sheriff’s Department, and to the residents of the county in general?

These are, of course, questions that require far more than can be covered in a short Op-Ed, but perhaps others will add to the discussion.

We hope you’ll go over and read the whole thing. In the meantime, here’s a clip:

….The most glaring warning sign was the matter of whom the sheriff trusted most. The name that stands out is former Undersheriff Paul Tanaka, Baca’s second in command. Tanaka is now four and a half months into a five-year sentence in Colorado for obstruction of justice.

As far back as 2004, when he held the rank of chief, Tanaka was known as Baca’s crown prince, who would one day succeed his boss and until then, the man who could make or destroy any department member’s career with a phone call.

Even now, many of Baca’s closest friends and supporters portray the former sheriff as a victim of Tanaka’s ambition and trickery, a characterization that is too simple. For years, colleagues and personal friends warned Baca that Tanaka promoted a “work the gray” attitude in policing. As the Citizens’ Commission on Jail Violence put it, Tanaka not only failed to “identify and correct” problems of brutality in the department, “he exacerbated them.”

Yet Baca brushed off any criticism of his protégé. In a recorded deposition played for jurors in his March trial, Baca confided that Tanaka “had a unique talent of doing exactly what I wanted done.” The sheriff was willingly seduced. It would cost him everything….