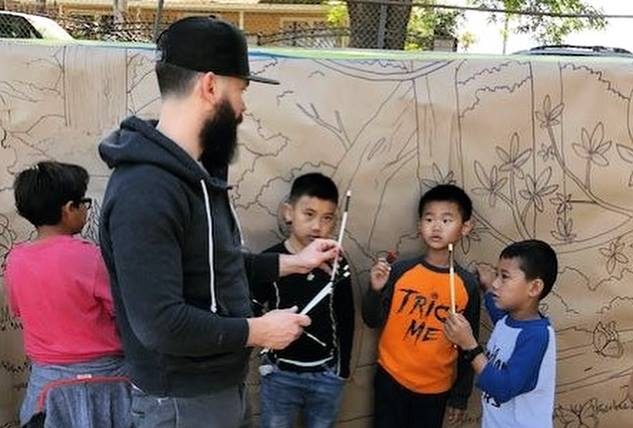 On Tuesday, the Los Angeles County Board of Supervisors voted unanimously in favor of creating a new county department dedicated to the arts.

Since 1947, the county has had an Arts Commission, which funds hundreds of nonprofit arts organizations, provides free programs for the community, runs the largest arts internship program in the nation, and oversees the county’s civic art policy.

The motion, co-authored by Supervisors Mark Ridley-Thomas and Sheila Kuehl, will transition the commission into a full-fledged county department.

“With a new arts department, we can further elevate the impact of the arts on our community, culture, and economy,” said Supervisor Ridley-Thomas. “The importance of the creative industries cannot be overstated, particularly in Los Angeles. Creativity is one of our most essential economic assets.”

Last month, Cusick Consulting returned to the supervisors with a report on the Arts Commission with recommendations for strengthening the commission’s organizational structure to better serve the county.

The consultant looked at the structures of the art commissions in San Francisco, NY, Houston, Dade County, King County, plus more than 40 focus groups, interviews, and meetings with county officials, community stakeholders, and creative economy and arts agencies.

Most large California counties, including San Diego, Orange County, Riverside, San Francisco, and Alameda appear to have arts commissions similar to that in LA County, rather than a county department dedicated to the arts.

The motion, however, states that the transition to a county department will allow for many improvements, including easier collaboration with other county agencies and private organizations. “With these collaborations, the new Department could expand how arts and culture are engaged to deliver innovative, vital programming and services, create pathways to careers in the arts, and enhance and improve educational experiences and opportunities for youth and young adults,” according to the motion.

“Los Angeles County contains an unparalleled wealth of arts and culture, said Supervisor Kuehl. “With this motion, we will provide the capacity for a robust department that can strengthen the arts and expand our commitment to cultural equity and inclusion.”

A beefed up arts department, and thus more access to art county-wide, will benefit kids and their communities.

Research shows that improved outcomes for youth who have access to the arts. A report from the National Endowment for the Arts revealed that “at-risk” students from the lowest quarter of socioeconomic status who had access to arts education—in or after school—had better academic outcomes, were more likely to go to college, had better job opportunities, and were more likely to vote, volunteer in their communities, and participate in other civic-minded activities.

Other studies similarly show the power the arts hold to heal trauma and change the trajectories of kids involved in the juvenile justice system.

Over the last three years, the LA Arts Commission has been working to improve the lives of young people in LA County’s juvenile probation camps.

The Los Angeles County Probation Department and the Arts Commission have been field-testing what they describe as arts integration in several of the county’s juvenile facilities with the aid of a highly regarded organization known as the Arts for Incarcerated Youth Network (AIYN)—a collaborative umbrella agency for nine member organizations with experience providing arts programming in the county’s juvenile detention facilities.

Buoyed by the success of this field testing, Probation committed over $1 million for arts programming this fiscal year as part of the county’s efforts to embrace “a culture of care over a correctional model” in its approach towards the young people under its supervision.

The current Arts Commission will be kept around to advise the new department, which will begin its transition no later than July 1.

“This is a historic moment in the arts for this region,” said LA County Arts Commission Executive Director Kristin Sakoda. “It is world-class and community-based and there is still more to come!”