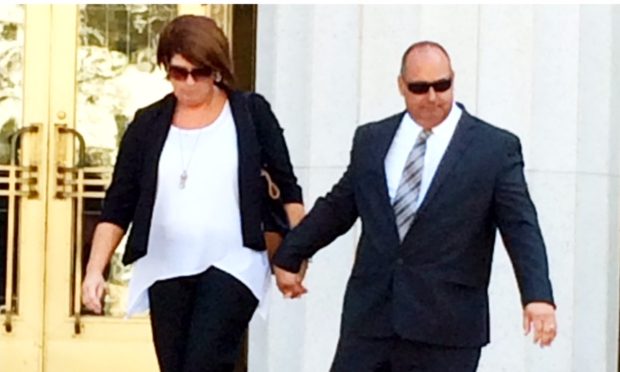 On September 23, 2014, Scott Craig, a former sergeant in the Los Angeles County Sheriff’s Department, was sentenced to 33 months in a federal prison for his role in the obstruction of justice case that led to the conviction of nine members of the nation’s largest and most powerful sheriff’s department.

In addition to Craig, those convicted included the once powerful second in command of the department, Paul Tanaka, and the popular former sheriff himself, Lee Baca, who was elected four times by large margins, until a federal investigation into brutality and corruption in the agency he ran for a decade and a half resulted in his downfall. Baca and Tanaka’s fall resulted in the conviction of six others who followed his and Tanaka’s orders.

Scott Craig was among them.

After Craig’s appeal to the 9th circuit failed, he surrendered to the Board of Prisons facility in Florence, Colorado, and began to serve his sentence on April 24, 2017. As of Friday, Craig has served twelve months and three days of his 33 month sentence.

On Wednesday, however, Craig—through his attorneys Muna Busailah, Stone Busailah and Robert Rabe—filed an emergency petition to the court for an immediate modification of his sentence to time served. Or failing that, Craig hopes to be released to serve out the remainder of his sentence on home confinement.

On December 28 2017, Scott Craig, who is now 54 years old, had a routine colonoscopy while in prison. The colonoscopy turned up a tumor, which was subsequently biopsied and found to be malignant. Craig has colorectal cancer.

On March 14, Craig had surgery to remove the malignant tumor, along with 11 inches of his colon.

Cancer cells were also located in at least one lymph node, according to Wednesday’s legal filing, thus elevating Craig’s cancer diagnosis to Stage 3.

This meant he needed chemotherapy, his attorney writes.

According to Craig’s lengthy court filings—which include multiple letters from his wife, who has moved to Colorado, to be nearer to Craig—there was an unnecessarily long lag time between his diagnosis in late December, and his surgery to remove the tumor in mid-March.

Now, according to an April 20 letter from Annette Craig that is included in the court filing, Scott Craig is waiting to be scheduled for chemotherapy. But, as of last Friday, he had yet to even see an oncologist, despite the fact that his surgery was completed five weeks before.

If there is further delay in starting chemo, write Craig’s attorneys, according to his surgeon such a delay could cause Craig’s cancer to progress from Stage 3 to Stage 4, at which point his general survival rate would drop from 69 percent to 11 percent.

If allowed to go home, his Kaiser Permanente medical insurance would allow him to be treated right away.

In the motion to reduce Craig’s sentence, the attorneys also write that the failure by the prison to supply necessary medical treatment is “cruel and unusual” punishment in violation of the eight Amendment to the U.S. Constitution

“Certainly when this court originally imposed sentence,” the motion states, “it could not possibly have foreseen that just a few years later, at the age of 54, Mr. Craig would be stricken with cancer—a disease where prompt medical treatment is crucial. Nor could the court have predicted that the BOP would be unwilling to assess the situation humanely, and promptly provide the necessary treatment and care for Mr. Craig.”

As of Thursday, there is no filing from the government, but the case has been assigned to U.S. District Judge Percy Anderson, who presided over the June 2014 trial in which Craig and his five “co-conspirators” were tried for obstruction of justice, and conspiracy to obstruct justice pertaining to the hiding of federal informant Anthony Brown from his FBI handlers, along with threatening witnesses and an FBI special agent, in a series of actions that came, unofficially, to be be called “Operation Pandora’s Box.”

Former Sergeant Craig, as mentioned above, was one of nine department members convicted in the obstruction of justice case, which unfolded in six separate trials.

Former LA County Sheriff’s deputy, James Sexton, the youngest of the nine, was tried separately—twice—for his part in the Pandora’s Box case. Sexton was sentenced in December 2014 to 18 months in a federal prison after being convicted of obstruction of justice. Then on January 12, 2017, in surprise decision, Sexton was released into six months of home detention followed by another six months of formal probation on January 12, 2017. (The details of Sexton’s release are too complicated to explain here but you can read that story in WLA’s previous coverage.)

The longest prison term went to former undersheriff Paul Tanaka who is, at present, serving a five year sentence in Florence, Colorado. The once feared and powerful second in command of the LASD appealed his sentence to both the 9th Circuit and the U.S. Supreme Court, but both turned him down.

Former Sheriff Lee Baca, is out on bail pending an appeal to the 9th circuit. On May 12, 2017, Baca was sentenced by Judge Anderson to three years in federal prison.

Baca’s “fall from such heights is tragic for many reasons,” Anderson told the packed courtroom last spring in a fierce prelude to the actual sentencing. Yet however painful Baca’s fall might be, the judge said, it was not enough to counter balance the necessity to hold the former sheriff accountable.

Lee Baca will be 76 on May 27 of this year. He has been diagnosed with early stage Alzheimer’s Disease plus the beginnings of dementia, both of which are progressive, and can only be slowed down, not cured.

Yet, “Alzheimer’s disease is not a get out of jail card,” Anderson told those in the packed courtroom before he announced the sentence itself.

If not for Baca’s “cognitive impairment,” said Anderson, and if not for his career in public service, “you would have received the same [five year] sentence as Mr. Tanaka.”

As mentioned above, it is Judge Percy Anderson who will hear Scott Craig’s emergency motion.

More on Mr. Craig’s situation as we know it.