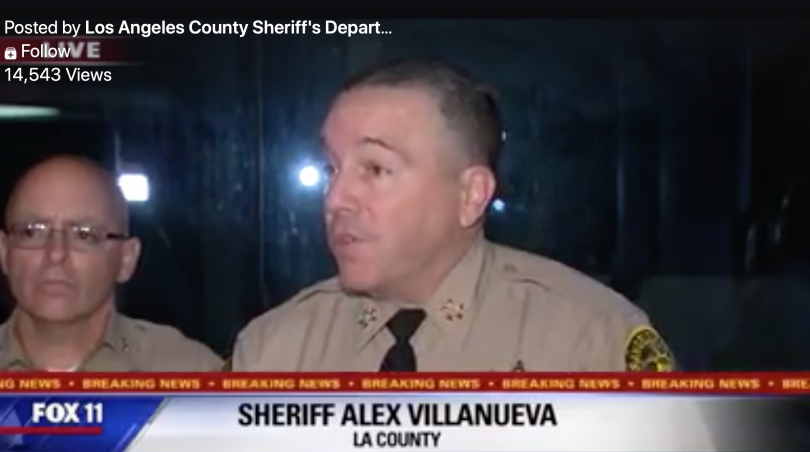 Monday night, as many readers may already know, a Los Angeles County Sheriff’s Deputy who works out of the Lakewood station was struck by a vehicle driven by someone who was allegedly driving drunk, as the deputy was chasing a suspect who had already assaulted her while she was in her patrol vehicle.

Deputy Dakota Palanca is 25-years-old and has been working for the LASD for five years. 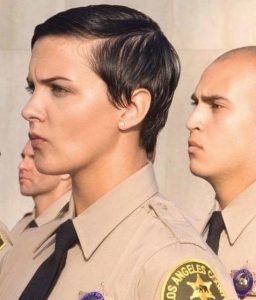 At a press conference last night, Sheriff Alex Villanueva told reporters that Deputy Palanca had been first on the scene for a 5:40 p.m. callout after the Lakewood station got word that a man was behaving strangely in the Paramount area.

As Palanca pulled up to the location, the man in question reportedly approached the radio car and began slugging the deputy through the vehicle’s driver’s side window, according to Sheriff Villanueva.

The deputy got out of the car and gave chase to the suspect who ran toward Alondra Blvd. and Downey Avenue. But as she crossed at the intersection, Palanca was hit by a Chevy Suburban traveling eastbound, critically injuring her.

In a statement released Tuesday evening, however, the LA Sheriff’s Department officials delivered some welcome news regarding Deputy Palanca’s condition, which had remained critical Monday night.

“We are pleased to share our deputy has been responsive to treatment, however,” wrote department in the mailing. Yet the deputy was still “facing a long road to recovery.”

“It’s tough to see one of our own in the ICU,” Sheriff Villanueva tweeted at about 3:45 p.m. Tuesday.  “My wife and I said a prayer for our @LKDLASD Deputy, Dakota Palanca, please keep her in your prayers.”

At around 7 p.m., LAPD Chief Michel Moore followed up by tweeting that “the entirety of the LAPD stands behind @LASDHQ Deputy Dakota Palanca as she begins her road to recovery. Deputy Palanca was critically injured while serving her community last night, and as we enter the holiday season—we will keep her and her family in our thoughts.”

WitnessLA’s thoughts go out to Deputy Dakota Palanca and her family with hopes for her full recovery.