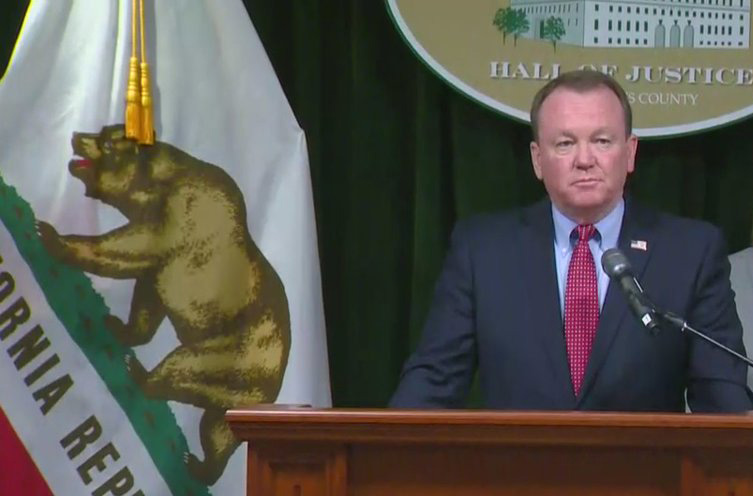 A 31-year-old Los Angeles County Sheriff’s Deputy was arrested on rape charges according to Sheriff Jim McDonnell, who was grim-faced as he announced the arrest in a press conference Thursday morning at the Hall of Justice.

LASD Deputy Giancarlo Scotti, was arrested on two counts of rape and oral copulation, both under color of authority, according to McDonnell. Scotti allegedly raped two women inmates at the Century Regional Detention Facility in Lynwood. The 10-year-veteran deputy was arrested Wednesday evening at 6 p.m., while on duty.

According to the sheriff, the two female inmates were in the same cell, and the attack occurred over a period of approximately an hour.

McDonnell pronounced the deputies alleged actions as appalling. “It’s disgusting to me,” he said.

“Criminal misconduct, especially criminal misconduct that preys on a vulnerable population, will not be tolerated and will be investigated and prosecuted to the fullest extent of the law,” McDonnell said, calling the alleged crimes “horrific.”

The department has not yet presented the case to the Los Angeles District Attorney’s office, but Scotti has been placed on administrative leave.

(continue to refresh this page for updates)