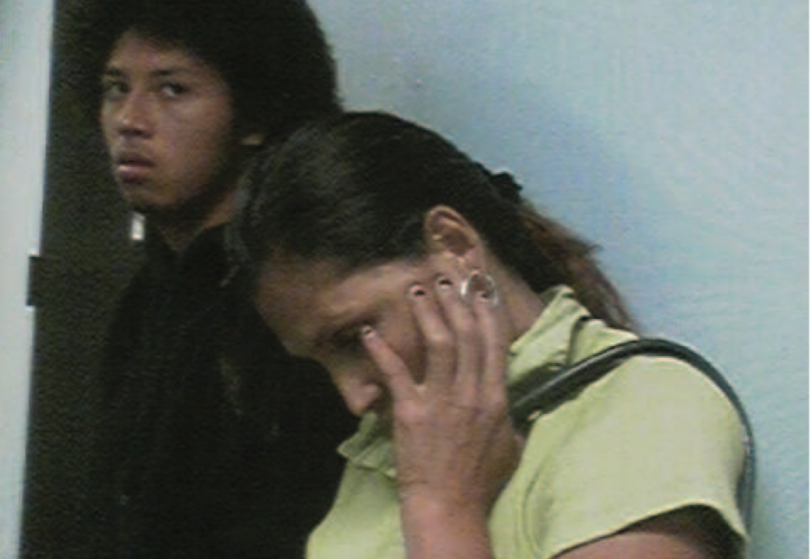 On October 11, 2017, a year ago next Thursday, California Governor Jerry Brown signed Senate Bill 190 into law. This was the legislation that finally ended the practice of charging administrative fees to families with kids who had come in contact the juvenile justice system.

The law actually went into effect on January 1, 2018. And yet nine months later, Los Angeles County continues to collect money from low-income families whose kids came in contact with the juvenile system nearly a decade ago, in 2009 or earlier.

A motion by Supervisors Hilda Solis and Janice Hahn changed all that on Tuesday, Oct. 9.

For years, California counties had been charging parents and guardians for their children’s detention, legal representation, probation supervision, electronic monitoring, and drug testing, all costs they might have incurred if they’d run afoul of the juvenile justice system.

When SB 190 was passed in 2017, at least 51 of California’s 58 counties were still charging parents one or more of these fees, a practice that authors of a highly regarded report by the Policy Advocacy Clinic at UC Berkeley’s School of Law said undermines “the rehabilitative purpose of the juvenile system,” among other problems.

Counties charge these fees to families “already struggling to maintain economic and social stability,” the authors of the March 2017 report wrote.

To make matters worse, such fees, if not paid immediately, became, not just a bill, but a civil judgment against a parent, grandparent or other legal guardian.

This meant that if families had difficulties paying the fees, the county could refer the debt to the state Franchise Tax Board, which could, in turn, garnish parents’ wages and intercept their tax refunds.

Los Angeles, however, was one of the few counties that had stopped charging the fees by the time SB 190 was passed. LA discontinued the practice nearly ten years ago, in 2009.

The 2009 discontinuation was the good news for LA parents and guardians with kids who had been adjudicated and/or locked-up.

The bad news for many of those same LA parents was that neither LA’s policy change in 2009, nor the 2017 law that went into operation at the beginning of this year, were retroactive.

As a consequence, Los Angeles County Probation has continued to collect and accept payments on any of the fee-related debts that began accruing before February 16, 2009.

It didn’t seem to matter that various studies such as last year’s UC Berkeley report found that these administrative fees did absolutely nothing to improve public safety.  Instead, as the new motion by Solis and Hahn notes, the fee strategy “undermined youth rehabilitation, increased the financial insecurity of vulnerable families, and was correlated to higher recidivism rates.”

The human effects of the fees

There was, for instance, the case of Sally Stokes, which WLA wrote about in 2009.  Ms. Stokes was a grandmother who had become the guardian for her daughter’s four children, meaning she was the one who was billed more than $1,004 after her granddaughter’s detention in a Los Angeles County facility. Since Ms. Stokes was living primarily on Social Security benefits while raising for kids, she explained to county officials that she could really not afford to make payments.

LA County responded by merrily spending nearly $13,000 to pursue Ms. Stokes for the debt—a cash outlay of more than ten times the debt itself.

“They were trying to take blood from a turnip,” is the way Ms. Stokes described the situation.

Ms. Stokes’s story was only one of a list of fee-driven horror tales compiled by the Youth Justice Coalition back in 2009—and by others since then.

For example, in an Op-Ed in the LA Times last month, Jeffrey Selbin, the director of the Policy Advocacy Clinic at UC Berkeley School of Law, noted that Orange County continues to collect more than $38 million in juvenile fees from families, never mind that the OC had its hands slapped by a federal appeals court in 2016 after it “forced a single mother to sell her home” to pay fees, thus “chasing her into bankruptcy.”

When Orange County was told by the court to discharge the debt of the single mom, county officials acknowledged that they were “still pursuing fees from dozens of families in bankruptcy.”

Even creepier, for every dollar Orange County collected by hounding parents for fee money they often didn’t have, the county spent 85 cents, meaning the OC only netted 15 cents on the dollar.

And as one might guess, the fees—in Los Angeles and other California counties—have inevitably been disproportionately levied against poor families of color.

“Due to the significant racial and ethnic disparities that exist at each stage of the justice system,” Laura John Ridolfi, Policy Director at the W. Haywood Burns Institute, said of the fee policy, “youth and families of color are saddled with the greatest burden of administrative fees.”

All of this brings us back to the motion that was passed on Tuesday, October 9, at the LA County Board of Supes meeting.

Part of the backstory of Solis and Hahn’s motion occurred earlier this year, on May 29, 2018, when the board asked Chief Probation Officer Terri McDonald, along with the county CEO’s office, and other relevant departments, to conduct a feasibility study showing how the county could stop all this ill-considered fee collecting.

Probation, the CEO’s office, et al, came back with the requested report, which found that nearly $89 million in pre-2009 juvenile detention debts were still outstanding in Los Angeles County. But the county was only able to collect $120,000—or less than one percent—of those debts annually.

This, as the motion notes, provides a “minimal return to the County, which does not justify the expense of collection.”

We don’t know exactly how badly out-of-whack the cost/benefit ratio is for LA County, as the motion didn’t specify the amount of cash Los Angeles has been spending per annum to collect that yearly $120 grand from poor parents.

In any case, the motion will immediately discontinue both the collection and acceptance of payment of debts related to “pre-2009 juvenile detention fees.”

Now that it is passed, it will also order the discharge of any outstanding debts based on these pre-2009 fees, which are affecting, according to the motion, “approximately 52,000 accounts.”

In addition, it will order the county to release any and all liens it may have filed against parents as a consequence of the old debts that should have, by any sensible standard, been long ago discharged.

Last, the motion will trigger system of notification to parents, guardians and others, to ensure that the affected families don’t just keep struggling to pay simply because nobody’s told them that the cloud of debt has finally been removed.

This is reportedly the single largest discharge of juvenile justice fees in history.

To make clear the kind of families the motion will be helping, at the board meeting, the Youth Justice Coalition’s Kim McGill recited a list of some of the 68 families whose circumstances YJC had documented.

There were the grandparents who were caring for their two grandsons because their daughter was in prison. “They were being billed by probation for the youngest son’s detention,” she said, “despite the fact that they earned a combined total of $772 a month on social security, and also cared for their severely disable daughter who was confined to a wheelchair.”

Then there was the mother who was “tracked down and billed” while living with her children in a homeless shelter, said McGill.

Another YJC member, Anthony Robles, thanked Supervisor Solis and Supervisor Hahn “for introducing this historic motion to erase all past debt associated with juvenile detention fees.Today’s action,” said Robles, who grew up in East LA, “will free many families from the unjust burden of this unnecessary debt, bringing us one crucial step closer to creating a more just LA County.”

Yep. It’s a good thing. And all five board members appeared happy with the unanimous vote that was clearly a long time in coming.

The photo at the top of an LA teenager and his mother waiting to be called into court, circa 2009, is courtesy of the Youth Justice Coalition.