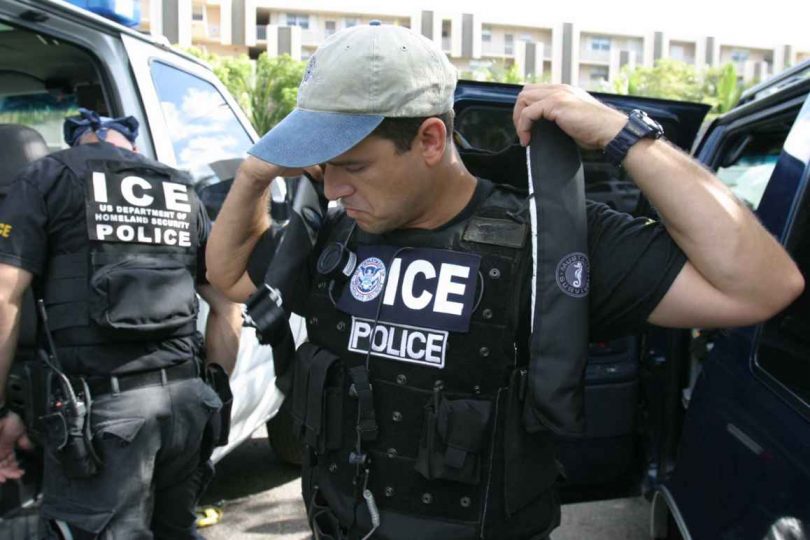 On April 24, LA County Sheriff Alex Villanueva announced a moratorium on holding and transferring people from LASD custody to U.S. Immigration and Customs Enforcement unless ICE agents presented a judicial warrant. At the beginning of August, the sheriff transitioned the transfer ban into official department policy.

This does not guarantee the ban’s permanence, however, as the next sheriff could come in and revert the policy and resume holding people beyond their jail release dates on behalf of ICE.

Thus, on Tuesday, the LA County Board of Supervisors will consider a motion that would take the effort a step further. Specifically, the motion would “prohibit the use of any County resources, property, personnel, time, labor or funds to be used to honor requests by immigration authorities … to hold, detain, house, transfer or otherwise facilitate the arrest of any person in the Sheriff’s Department custody, unless pursuant to a judicial warrant or judicial probable cause determination, or as otherwise required by Federal or State law.” The motion would also ban local law enforcement from communicating with immigration authorities regarding the dates and times that individuals would be released, or their immigration statuses without a warrant or judicial probable cause.

This action would “further the County’s ongoing response to the public health emergency, and in the interest of permanently safeguarding the health, safety, and constitutional rights of all Angelenos,” by further disentangling the sheriff’s department from immigration agencies, Supervisors Hilda Solis and Sheila Kuehl wrote in their motion.

The threat of deportation keeps undocumented victims of crime from seeking help, the sheriff said when he announced the new policy the beginning of August.

“There is no greater threat to public safety than a million undocumented immigrants who are afraid to report crime, out of fear of deportation and having their families torn apart,” Villanueva said.

The sheriff said his decision was precipitated by the alarming coronavirus statistics coming out of local and national ICE lockups.

As of mid-July, ICE records indicated that at least 23 percent of those tested for coronavirus (3,183 out of 13,562) in federal detention facilities had tested positive. The massive spread of the virus throughout detention facilities has been due to immigration officials’ avoidance of “widespread [COVID-19] testing of staff and detainees … not for lack of tests, but for fear that positive test results would require them to implement safety measures that they apparently felt were not worth the trouble.”

And, the motion notes, other research suggests that ICE officials may be severely underreporting the number of COVID cases that have occurred within immigration lockups.

At the scandal-plagued Adelanto detention facility, ICE has blocked the use of the majority of the 1,900 coronavirus test kits it received. And while LA County’s criminal justice leaders have been significantly reducing LA jail population in response to coronavirus, ICE, in its “callous disregard for human lives,” Kuehl and Solis write, “has resisted and refused to significantly change its enforcement and detention practices in the face of the pandemic — imperiling the health and lives of county residents.”