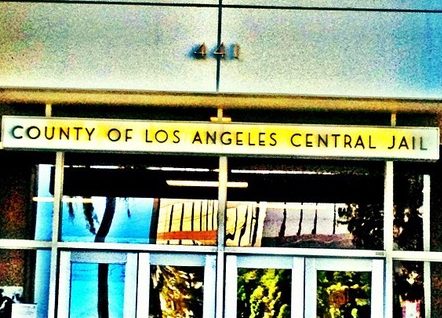 Late on Monday, March 23,  Kathryn Barger, the Chair of Los Angeles County Supervisors, issued an Executive Order that asks LA County’s Health Officer, Muntu Davis, MD, MPH, to conduct an “immediate assessment” of the county’s jails for the purpose of identifying any and all additional “necessary and appropriate measures” to prevent  COVID-19 from spreading wildfire-like through the nation’s largest jail system.

Then,  in collaboration with the Los Angeles Sheriff’s Department, the Department of Mental Health, the Office of the Inspector General, and others, Dr. Davis is to issue whatever orders are needed to accomplish the changes he and the rest have identified.

The executive order is really just a shorter version of a new, critically important board motion, co-authored by Supervisors Mark Ridley-Thomas and Sheila Kuehl.

On Monday morning, WitnessLA published a story about the motion, which had not yet been made public, but was expected to be passed by the full board on March 31, which is the first time the supervisors would resume their weekly meetings, albeit with everyone attending remotely— including board members, staff, and members of the public.

By Monday afternoon, however, the board had evidently decided that waiting for more than a week to jump-start this urgent initiative was not a good idea.  So, Supervisor Kathryn Barger used her role as chair of the board to sign the necessary executive order.

Efforts to make the county’s jail system less frighteningly vulnerable to the coronavirus have been going on for most of the month of March.

To keep the pressure on,  a little over a week ago on March 16, Peter Eliasberg, Chief Counsel of the Southern California ACLU, along with Jacob Reisberg, the ACLU’s Jails Conditions Advocate, sent a letter to LA County Sheriff Alex Villanueva, and other members of his custody team, telling the sheriff that he, personally, had the statutory ability to reduce the population of the county’s lock-ups in times of health-threatening emergencies, such as the one we are all presently facing.

“Because jails are congregate settings, where staff and people who are incarcerated will necessarily be in contact with one another and the outside community,” wrote Eliasberg and Reisberg,” they do not have the infrastructure to contain a virus.”

And so, “the only meaningful way to keep people inside and outside of the jails safe” from COVID-19 is to decrease the total number of people who are incarcerated.

Sheriff Villanueva has worked to do just that by releasing anyone who had less than 30 days left on their sentence and, more recently, AB109 jail residents who have only a certain number of days remaining.

At the same time, the sheriff, together with all other law enforcement within the county, including the LAPD, ordered their patrol deputies and officers to use a “cite and release” policy, when at all possible, and to avoid taking anyone to jail unless absolutely necessary.

This and related strategies have succeeded in dropping the jail population by around 1700 people.  Unfortunately, that still leaves approximately 15,700 people residing in the county’s various jails.

When we spoke with the ACLU’s Eliasberg on Tuesday, he said that in reducing the jail population still farther, the “number one focus should be on the people who are medically vulnerable.

” Those with respiratory issues, with diabetes.”  Another area to look at is the so-called “old man’s dorm” in Men’s Central Jail, he said.  “These would all be smart moves. When you think of cruise ships and other high-risk congregate living arrangements with the COVID-19, there isn’t anything worse than jails and prisons.”

Eliasberg hopes, he said, that the board’s new executive order will push Public Health, and the Public Health Officer “to issue an appropriate order to give the sheriff the additional authorization he needs to make the appropriate releases.”

Thus far, no one in the LA County jails has reportedly been diagnosed with the coronavirus—a situation that most experts assume cannot last forever.

The nature of the risk in LA’s jails continues to be demonstrated by the nervewracking speed with which COVID-19 has had gained a toxic foothold inside Rikers Island and the rest of New York City’s jail system, which is the nation’s second-largest jail system — with the LA County jail system holding the crown as the nation’s largest.

To give you an idea of the speed with which the virus is moving in NYC, on Monday, March 24, a total of 39 people locked-up across New York City’s jail system, and 21 staff members who work in the NYC facilities have reportedly tested positive for the for coronavirus, with approximately 58 more being monitored in contagious disease and quarantine units.

Then on Tuesday morning, what had been 39 people became 52 people inside the NYC jails who tested positive for coronavirus, along with 30 staff who have also tested positive.

One corrections officer told Time Magazine that in her 19 years of working at Rikers Island she has never seen anything like the chaos and uncertainty that the coronavirus is causing in the jail system, explaining that neither inmates nor correction officers have been provided with masks or cleaning materials like hand sanitizer or bleach.

Meanwhile, back in California,  justice advocates are cheering Governor Gavin Newsom’s executive order released late on Tuesday, which attempts to take some of the COVID-19 pressure off the state’s prison system by — as WLA’s Taylor Walker writes — requiring “local jails and juvenile facilities to keep those adults and kids convicted of felonies who would otherwise be transferred to an adult or youth lockup run by the California Department of Corrections and Rehabilitation.”

The point, Gov. Newsom said, “to make sure we’re not mixing” our incarcerated populations and creating more opportunities for the virus to spread behind bars.

But the governor’s order is not without its complications.

While keeping kids out of the far more prison-like state system and closer to home is a good idea, virus or no virus.  When it comes to the adult side of the equation, however, some worry that this new strategy merely transfers the pressure from the prisons to the county jails—like Los Angeles County’s jail system.

Also, as I write this, I see that the coronavirus count for the New York City jail system has just gone up again.

As of Wednesday, March 25, the number of people locked-up who have tested positive for COVID-19 has gone from 50 resents on Tuesday to 75 today, one day later, with the number of staff members testing positive jumping to 37.

On a brighter note, WLA has just learned that Peter Espinoza, Director of the LA County Office of Diversion and Reentry (ODR), is helping to place more than 200 people who are expected to be released from jail very shortly, but who need placement in community programs to ensure that they have beds and help with a safe and successful reentry.