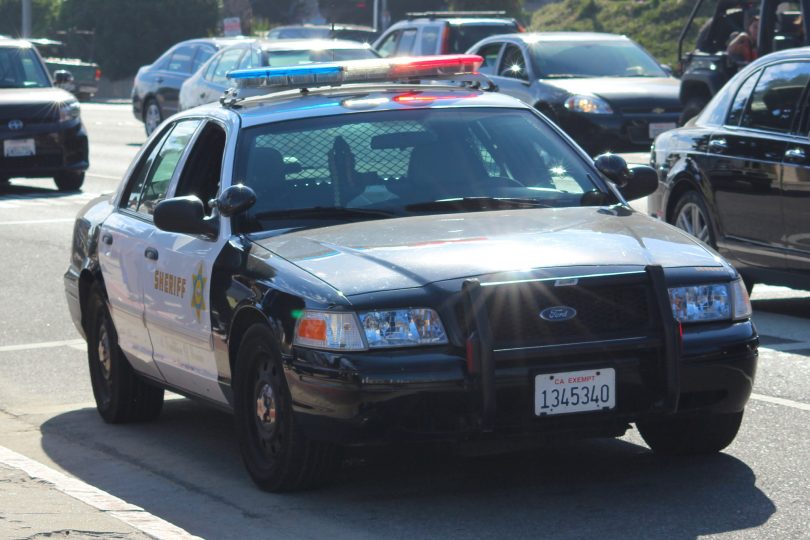 During the last fiscal year, 2015-2016, Los Angeles County spent $131.8 million on judgment and settlement payments, as well as attorneys’ fees and costs, according to a report from County Counsel. The county’s total litigation expenses jumped 11% higher than the previous fiscal year ($119 million).

The LA County Sheriff’s Department accounted for $62.6 million—more than half of the county’s total legal expenditures.

The LASD’s total specifically for judgments and settlements was $50.9 million, the LA Times’ Richard Winton reports. That number has skyrocketed from the $5.6 million paid out five years ago, according to the Times.

In fact, the sheriff’s department was responsible for 12 out of 18 of the settlements over a million dollars.

There were seven deputy-involved shootings that resulted in settlements ranging from $1.4 million to $5 million. The $5 million settlement went to the family of 30-year-old John Winkler, an aspiring TV producer who was held hostage in West Hollywood in 2014. When Winkler ran from the apartment in which he had been held hostage, deputies mistook him for the armed suspect and fatally shot him. One of the deputies bullets hit a second fleeing hostage, Liam Mulligan, in the thigh. Mulligan filed a civil suit and was awarded a $2.5 million settlement.

In 2012, a civil jury found that LASD deputies used unreasonable force when they fatally shot Alfredo Montalvo at the end of a chase in 2009. The jury awarded Montalvo’s wife and two children $8.76 million.

Deputies suspected Montalvo of drunk driving (the toxicology report revealed he was not drunk) after the 29-year-old was spotted driving over a curb in Lynwood. Montalvo gave chase, rather than pulling over for the deputies. Montalvo crashed into two parked cars, ending the pursuit. Deputies ordered the man to exit his vehicle. Montalvo’s car was wedged between the two parked cars, so he reversed in order to open his door and comply with the orders, according to the attorney representing Montalvo’s family. According to deputies, the man gunned the engine multiple times and then rammed into one of the sheriff’s vehicles surrounding his car. Deputies fired at Montalvo 61 times, killing him. After the jury awarded the family nearly $9 million, the county appealed. Between 2012 and 2015, the judgment and attorneys fees earned interest. If the county ended up losing its appeal, the total amount paid to the family would have surpassed $11 million. So the county voted to approve the $8.85 million payout.

Most of the nearly $9 million judgment was paid by insurance. According to the County Counsel report, the county paid $1.43 million of total amount.

Between 2012 and 2016, 75% of the LASD judgments and settlements were reportedly for cases that involved use of excessive force.

The majority of the settlements stemmed from lawsuits that, like the Montalvo case, took multiple years to move through the legal system. It’s worth noting that there were fewer new lawsuits against the county during FY 2015-2016 than the previous years. There were 132 cases filed against the LASD last year (59 were related to excessive force and 18 involved shootings)—a 25% drop compared to the 2012-2013 numbers. The county also experienced an increase in the number of dismissed cases in which the county was not held liable.

Cities paid out $12.7 million toward LASD payouts, according to the Times. The cities’ insurance carriers coughed up $19.4 million more.

The payouts have reportedly made it more difficult for cities to procure insurance to cover litigation related to law enforcement, prompting some local leaders to call for the county to pay more of the litigation costs.

WHAT’S CAUSING THE INCREASE IN PAYOUTS?

Experts point to a growing distrust in law enforcement, as well as the public’s close watch on deadly force incidents, as reasons for the jump in payouts over previous years.

Because of these factors, experts say that jurors are more likely to award higher settlement sums to plaintiffs, the Times reports.

Sheriff Jim McDonnell expressed concern over the rising costs of litigation—funds that “could be spent to help the community—but acknowledged that some of the cases involved serious misconduct that “won’t be tolerated” by the department.