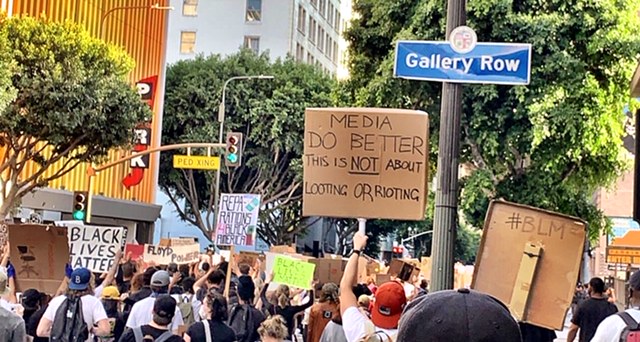 Never before has social work been so widely discussed and so deeply misunderstood. After a century of performing difficult, undervalued, and underpaid work, we are elated that social workers have been brought into the national conversation about alternatives to policing. However, many people are talking and writing about social work with little understanding of what we actually do. For example, an op-ed in the Wall Street Journal on June 8, written by an American Enterprise Institute fellow, characterized social workers as callous and untrained child welfare investigators who are as racially insensitive as police officers. These charges invoke myths and also speak to some deep truths that we attempt to address in this essay.

Social work is a profession that seeks to enhance human well being through interventions with individuals, families, groups, organizations, and policies. Our workforce of over 700,000 credentialed social workers in the U.S. is made up of mental health providers, child welfare workers, school counselors, lobbyists, agency directors, community organizers, researchers, and so much more.

Professional social workers are the nation’s largest group of mental health services providers. We are governed by a code of ethics that mandates challenging social injustices, respecting the inherent dignity and worth of all persons, and committing to helping people in need.

The recent surge of protest against the enduring lethality of anti-Blackness in policing has drawn far overdue attention to social work as a more humane alternative to law enforcement. Activists and journalists have rightfully shown the public that police officers have usurped social work roles in many settings, such as crisis response, homeless services, and in public schools. Taking on these roles, for which law enforcement is unsuited, is one of many reasons that city and county policing budgets are so bloated. This is deeply troubling because police officers, no matter how well-intentioned, are not social workers.

Not only do the police carry the threat of lethal force, their training and practices are wholly distinct from social workers. Unlike police officers, social workers are uniquely trained in how to build trust and alliances, communicate with people in distress, and locate resources to seek resolution to difficult situations. San Francisco and other cities are planning to divert funds from law enforcement to social service agencies to conduct an array of emergency response services. A similar policy proposed by city councilperson Herb Wesson should unequivocally be implemented in Los Angeles and across the nation.

That said, the diversion of government funds from law enforcement to social services is not a panacea. The reality of social work’s legacy in the Black community and other communities of color is far from simple. Historically, the majority of social workers have been white women who do not live in the communities they serve. Often positioned as institutional gatekeepers, social workers have contributed to racist policies and practices, including the disproportionate involvement of Black children in child welfare cases, denying benefits to Black mothers based on perceived “worthiness,” and placing Native American children in boarding schools. So while we support robust diversion of funds from law enforcement to social work services, we also need to reshape our own training practices to ensure that our legacy of racism is not continued.

So how do we carve a path forward? First, social workers need to join forces with community groups who are working on defunding campaigns and reimagining what public safety means in communities of color. Within our profession, we need to challenge the assumption that police can be more compassionate and less racist if social workers are by their side, an idea expressed by the National Association of Social Workers. We argue that social workers should absolutely take part in crisis intervention and other interventions that we are trained to do, but we do not believe that a greater social work presence within law enforcement can dismantle the structures of power and racism that lead to anti-Blackness and lethal use of force.

As Mariame Kaba lays out in her powerful New York Times Op-Ed, we know that reforms such as oversight commissions, diversity training, body cameras, and alterations to use-of-force policies haven’t worked in the past, and they won’t magically work in the future. As an evidence-based profession, we have a duty to consider data on interventions and the answer is clear: these “soft” reforms have not reduced police violence against Black people. Social workers can make their stand known that we support community efforts to transform, rather than reform, policing.

Los Angeles has a critical opportunity to shift from a legacy of police violence and racism to a hub for innovative community safety practices. Our social work code of ethics offers a guide for how to achieve these goals: by prioritizing community self-determination and grassroots organizing; considering the best available evidence in proposing solutions; and by refusing to take part in practices that continue to inflict oppression on communities of color.

So yes, it is absolutely time for social work to have our rightful place at the table – with a full accounting of our own historical shortcomings. From this standpoint, we can help to forge a new vision of caring and safe communities while fully embracing the Black Lives Matter platform.

Dr. Laura S. Abrams is Professor and Chair of Social Welfare at the UCLA 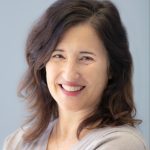 LuskinSchool of Public Affairs. Her work aims to improve the well being of youth and young adults with histories of incarceration. Her award-winning book, Everyday Desistance: The Transition to Adulthood among Formerly Incarcerated Youth (with Diane Terry) was published in 2017. 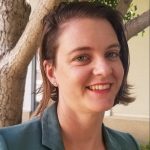