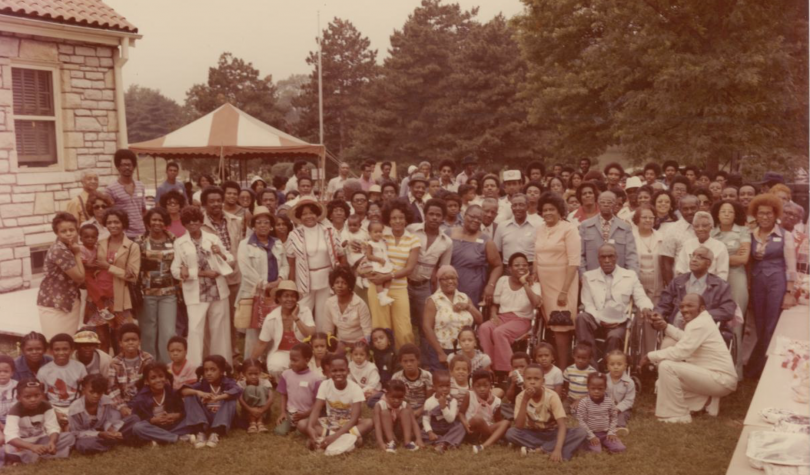 by Marcia Mercer of Stateline

“America does not only celebrate our independence on July 4,” the governor said in his proclamation, “On June 19 each year, we look back to this day in 1865, on which Union General Gordon Granger led troops into Galveston, Texas, to announce the end of the Civil War and the insidious institution of slavery. Thousands of enslaved people in Texas – among the last to learn of their independence – tasted hard-won freedom for the first time.”

Last June, President Joe Biden signed a bill into law that made Juneteenth a federal holiday.

Yet, it is not a California state holiday.

In January of this year, however, Assemblywoman Akilah Weber (D-La Mesa) and Assemblyman Reggie Jones-Sawyer (D-Los Angeles), introduced Assembly Bill 1655, in the hope of making the change.

If passed and signed, AB 1655 would mean that June 19th, the day on which enslaved Americans in the last original confederate state first learned that President Lincoln signed the Emancipation Proclamation, would become a California state holiday as well as a federal one.

That would mean, among other things, that state employees, public schools, community colleges, and all California State Universities will be given time off with pay on June 19, of every year.

“July 4th is about liberty, but it was an imperfect liberty, because slavery still legally existed in the nation,” said Mary Elliott, curator for the National Museum of African American History and Culture at the Smithsonian on the topic of why making Juneteenth an official holiday is so important. “I personally recognize both holidays because these are important moments in our shared history.”

Angela Tate, Curator of African American Women’s History at the Smithsonian put it a different way.

“Juneteenth doesn’t feel fixed like July 4th,” Tate said. “July 4th feels fixed in 1776, whereas Juneteenth always feels fluid and always willing to be adaptable to the incoming and upcoming generations. It always feels relevant to this continuous quest and fight for freedom and equality.”

Below, Marcia Mercer of Stateline, an initiative of The Pew Charitable Trusts, has an interesting rundown on what the rest of the nation’s states are doing about the matter of making Juneteenth an official state holiday.

Now that Juneteenth is a federal holiday, what are the states doing?

A year after Juneteenth became a federal holiday commemorating the end of slavery in the United States, most states have yet to enact Juneteenth legal holidays.

At least another eight in the past year have elevated Juneteenth to paid state holidays: Colorado, Connecticut, Delaware, Georgia, Maryland, Nebraska, Ohio and South Dakota.

Long celebrated in the Black community as Freedom Day, Independence Day or Emancipation Day, Juneteenth is a time for get-togethers, picnics, concerts and reflection. Establishing federal and state legal Juneteenth holidays guarantees attention to painful United States history that is still unknown to many Americans, an annual assessment of racism in society, and celebrations of Black culture, history and achievement.

“It’s an issue of respect,” Oregon Democratic state Sen. Lew Frederick, who carried the Juneteenth bill that the legislature unanimously passed, said in an interview. “We need to understand just what our history is about and move from there. It will increase our awareness of other issues associated with the history of racism in this country.”

Juneteenth is short for June the 19th, the day in 1865 when U.S. Major General Gordon Granger arrived in Galveston, Texas, and with him General Order Number 3, which informed about 250,000 enslaved people in Texas that they were free. The handwritten order said, in part: “All slaves are free. This involves an absolute equality of personal rights and rights of property, between former masters and slaves, and the connection heretofore existing between them, becomes that between employer and hired labor.”

President Abraham Lincoln had signed the Emancipation Proclamation, freeing slaves in the states that were in rebellion against the Union effective Jan. 1, 1863, but Union troops did not reach the westernmost Confederate state to enforce the order for two and a half years. In January 1865, Congress passed the 13th Amendment abolishing slavery in the entire country. General Robert E. Lee surrendered the last major Confederate army that April, and the 13th Amendment was ratified the following December.

Texas was the first state with an official Juneteenth holiday in 1980. But it was not until the racial reckoning sparked by the police murder of George Floyd in 2020 that momentum built elsewhere for federal and state Juneteenth holidays.

Each state decides its own state government holidays, and there is no centralized tracking of Juneteenth state legal holidays.

In some states, the cost of another state holiday has been cited as an obstacle, as has lack of awareness of Juneteenth.

In Connecticut, where only two lawmakers voted against making Juneteenth a paid state holiday, state Rep. Gale Mastrofrancesco, a Republican, said in an interview: “My only objection is, it’s another paid holiday.” She added that state workers now can accrue 46 paid days off a year—15 vacation days, 15 sick days, three personal days and now 13 holidays.

“Nine weeks! I don’t see anyone in the private sector getting that much time off with pay,” she said.

Connecticut state Sen. Rob Sampson, a Republican and the other “no” vote, said in an interview, “Juneteenth is very important to me. Abraham Lincoln is the reason I became a Republican.”

But, he said, the extra holiday was “a reach for us.” The legislature had just passed 2.5% annual pay raises for each of four years as well as bonuses for state employees.

As ranking members of the committee that oversees government administration, Mastrofrancesco and Sampson tried to persuade their Republican colleagues to vote against the holiday, but none did.

“I maintain they were wrong, and so were the Democrats,” Sampson said.

For some legislators, Juneteenth is particularly personal. In Connecticut, during an emotional three-hour floor debate, several state representatives shared stories of their experiences with racism and intimidation.

“I was tugged in different ways, depending on who was speaking,” Democratic state Rep. Geraldo Reyes Jr., chair of the Black and Puerto Rican Caucus, who presided over the debate, said in an interview.

“I can understand the argument from the other side, but this is not just about dollars and cents,” he said. “This is part of the restitution that has never been made to people of color that I believe everyone will benefit from.”

Several Connecticut lawmakers said they had not heard of Juneteenth, Reyes said, and he himself learned about it only six or seven years ago when there was a local celebration.

In Oregon, during debate on the Juneteenth holiday last year, Frederick, 70, spoke about his personal history in the civil rights movement in the South—he first experienced tear gas at the age of 8 at a demonstration—and showed pictures of generations of his family.

“A lot of what we’re doing is acknowledging Oregon started off on the wrong foot,” Frederick told Stateline. In the 1840s, Oregon’s provisional government passed Black exclusion laws that prohibited Black people from settling there. Admitted to the Union in 1859 with a Black-exclusion clause, Oregon was the only state that joined as Whites-only.

Tennessee Republican Gov. Bill Lee included funding for a state Juneteenth holiday in his proposed budget this year. The paid holiday proposal died in the GOP-controlled legislature after state Sen. Joey Hensley, a Republican, said in a February committee hearing that he had asked well over a hundred people in his district what Juneteenth is, and only two of them knew.

“I just think it’s putting the cart before the horse to make a holiday people don’t know about. We need to educate people first and then make a holiday if we need to,” Hensley said.

“It was really disappointing,” Tennessee state Sen. Raumesh Akbari, a Democrat who sponsored the Juneteenth bill, said in an interview. “We think this is important enough to recognize as a state.”

Even though Tennessee will not have a paid holiday for state employees, Nashville and Chattanooga are among dozens of cities nationwide that have announced paid Juneteenth holidays for city employees.

The last new federal holiday was created in 1983, when President Ronald Reagan signed into law a holiday for the birthday of Martin Luther King Jr.; it’s observed on the third Monday in January. The federal MLK birthday holiday was first observed nationally in 1986 but was not made a state government holiday in all states until 2000.

Some disagreement has arisen about which Emancipation Day states should commemorate. The District of Columbia now has paid holidays on April 15, the district’s Emancipation Day, along with Juneteenth.

In Florida, a Juneteenth state holiday bill died after some historians argued the state should honor Florida’s Emancipation Day instead. A Union general read the Emancipation Proclamation in Tallahassee on May 20, 1865.

California has had a Juneteenth Day of Observance since 2003. A bill to make Juneteenth a legal state holiday is pending in the legislature.

Several governors in states without a permanent Juneteenth holiday on the books have used their executive power to declare a one-time paid holiday for state employees. As Juneteenth falls on a Sunday this year, the holiday is being celebrated on the Friday before or Monday after.

In both Alabama and Mississippi, the birthday of Martin Luther King Jr. and the birthday of Confederate General Robert E. Lee are a shared paid state holiday. Alabama Republican Gov. Kay Ivey declared June 20 a Juneteenth state holiday for 2022, closing all state offices.

West Virginia Republican Gov. Jim Justice made Juneteenth a paid state holiday this year to be observed on June 17.

And in North Carolina, Democratic Gov. Roy Cooper signed an order June 6, granting workers in Cabinet agencies in state government eight hours of “Personal Observance Leave,” which they can take June 20, or any other day.

“Juneteenth is a very important day off, in South Carolina in particular, since it is the state that started the Civil War, firing on Fort Sumter and first state to secede,” state Sen. Darrell Jackson, a Democrat who sponsored the bill, said in an interview.

“There are people like me who don’t feel comfortable celebrating Confederate Memorial Day. How could I?” said Jackson, who traces his family back five generations, including three generations of slaves.

“I’m going to reintroduce the bill early on” next session, he said, adding he hopes it will have a better chance when it’s not an election year and legislators who may have been reluctant to express an opinion will feel freer to do so.

This story first appeared in Stateline, an initiative of The Pew Charitable Trusts

In addition to her work as a Stateline correspondent, author, Marcia Mercer, is a veteran Washington bureau chief and weekly columnist writing on national affairs and politics online, for newspapers and other print publications.