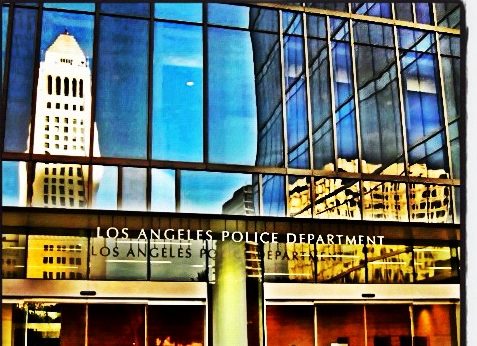 In an historic decision that could serve as a model for other law enforcement agencies in the nation, on Tuesday morning the Los Angeles Police Commission voted unanimously to allow the release of the LAPD’s video footage of officer-involved shootings and other critical incidents, such as deaths in custody, within 45 days of its creation, unless there are extenuating circumstances.

The new policy, which was a reverse of the department’s previous policy, could also include bystanders’ cell phone videos and security camera footage.

Videos of other police encounters could also be released if they are deemed to be “in the public interest.”

“We have learned a lot in the 3 years since we released the initial policy,” Chief Charlie Beck tweeted after the vote, “and are ready as a Department to continue to move forward.”

“I think this will go a long way in helping build public trust through a significant increase in transparency,” Commission Vice President Matt Johnson said.

In a news conference after the commission meeting, Beck talked about the kinds of situations that might cause a delay in release. But the chief said that in most cases the 45 day window will be enough time, and no further delay will be needed.

At first, lots of cameras but no videos

In the summer of 2016, the Los Angeles City Council voted to allocate $59 million plan to buy and equip approximately 7,000 LAPD patrol officers with body cameras.

The purchase of those cameras, and along with additional cameras to be mounted in patrol cars, set off a firestorm of arguments about when and how the resulting videos could and should be released. Until now, the policy has been essentially to refuse to release any videos at all.

Bibring, director of police practices at the American Civil Liberties Union of Southern California, has been one of the strongest critics of the old policy.

“This is potentially a significant step forward,” Peter Bibring told KPCC’s Frank Stoltze on Tuesday. Bibring, who is the director of police practices at the ACLU of Southern California, was one of the strongest critics of the old policy.

“We give no government official more power than a police officer, who is allowed to use deadly force. It’s crucial the public understands how that power is used,” he added.

ACLU state attorney Melanie Ochoa, expressed lingering concern to the commissioners about the new policy prior to their 4-0 vote. “The department has routinely withheld video on grounds that it will interfere with ongoing investigations,” she said. “We want to make sure this does not occur under the new policy as well.”

Los Angeles District Attorney Jackie Lacey has been one of the strongest voices against the change in policy, which she says she fears could taint juries and witnesses and make prosecutions more difficult.

“The Police Commission policy jeopardizes the justice process by exposing witnesses to video evidence before they are interviewed by our independent investigators,” Lacey said when the new policy was still in draft form.

Interestingly, the department’s union, the Los Angeles Police Protective League, spoke in support of the new policy at Tuesday’s meeting, along with representatives of the ACLU and others, although the LAPPL, which represents around 9,900 LAPD department members, didn’t agree with everything in the plan.

“We are appreciative of the opportunity to provide our input to Commissioners’ Johnson and Goldsmith as this policy was crafted,” the union said in a statement. “We may not always agree, but we must do our best to work together in an open and honest manner. Although all of our alternatives were not incorporated into the proposed policy, those that were incorporated will increase officer safety and minimally extend the investigative process prior to release of any video.”

Even the rank-and-file mostly in favor

Last spring, the Police Commission asked the Policing Project of New York University School of Law to conduct a citywide community discussion process in order to gather public input about the issue of whether, when, and how, video footage of critical incidents should be made publicly available.

The Policing Project gathered 3,200 questionnaires from Los Angeles residents, along with written comments from 27 local and national organizations, including the ACLU, the National Action Network Los Angeles, the Leadership Conference on Civil and Human Rights, and more. They also held five community forums and eight officer focus groups, and worked with public officials and academic partners at UCLA and UCI law schools.

The resulting 40-page report released last September, found that, in general, both police officers and LA residents agreed that video should be released to the public, for “reasons of transparency, accountability, and trust.”

“However, the public favored releasing video within a relatively shorter release time (30–60 days),” the report’s authors wrote, and members of the public generally preferred that release of videos be “automatic as opposed to “decided on a case-by-case basis.”

The police, however, while favoring release, tended to disagree vehemently about the timing, preferring “to wait to release video until after the District Attorney decides whether to file charges, or “at least until the investigation is complete and the LA Police Commission decides whether the officer acted appropriately.”

Both groups worried about the process becoming politicized.

“Cities throughout the country are struggling with when to release body camera video after an officer-involved shooting,” said Policing Project Director Barry Friedman, after the LA Police Commission’s Tuesday morning vote. “Too often these decisions are made ad hoc, under pressure. We commend the Police Commission for developing a clear policy to guide these decisions, and doing so with substantial input from the broader L.A. community.”

After the commissions vote, Chief Charlie Beck cautioned everyone from believing that the release of video will always result in clarity about any given incident.

He also mentioned the emotional difficulty presented by such videos.

“Sometimes these things, even when they are completely justified, completely appropriate, are still hard to watch,” said Beck. “There is no acceptable way for a viewer to watch somebody get shot.”