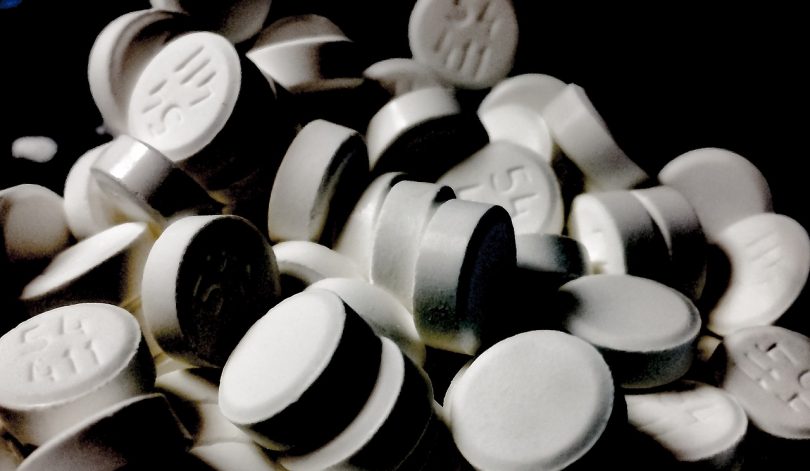 California Governor Gavin Newsom’s May budget revision included $71.3 million this year (and $161.9 million next year) to launch a coordinated, evidence-based, medication-assisted substance use disorder treatment program, which will include cognitive behavior treatment, in each of the state’s 35 prison facilities, with the ability to serve every inmate who needs treatment.

“Across the country, substance use disorders (SUD) involving alcohol, opioids, and methamphetamines are on the rise, resulting in an increasing number of overdose-related deaths each year,” the May revision says. “Providing offenders who battle addiction with proper evidence-based treatment and medication-assisted treatment can reduce the risk for further substance use, relapse, and drug-related death.”

The extra dollars would go a long way toward addressing ever-increasing in-custody overdoses and withdrawal-related treatable illnesses and preventable deaths.

In California prisons, there were nearly 1,000 overdoses that required emergency medical attention in 2018, according to an analysis by the San Francisco Chronicle. Prison overdoses spiked to more than double between 2015 (469) and 2018 (997). And overdose deaths increased from 17 in 2006 to 40 deaths in 2017.

Between 2010 and 2015, families in at least six states received settlements and judgments totaling nearly $11 million after their loved ones died of drug withdrawal complications like dehydration.

A jury awarded $3 million to the family of Daniel Sisson, a 21-year-old who died from an asthma attack triggered by heroin withdrawal in a San Diego jail in 2011.

And a new federal lawsuit reported by the San Bernardino Sun alleges that San Bernardino County deputies ignored 28-year-old Perry Belden’s multiple requests for medical attention over the week he spent in a Joshua Tree jail, despite doctors’ orders that the jail closely monitor Belden for signs of heroin withdrawal and give him anti-seizure medication.

Instead of medical attention, Belden’s lawsuit says deputies responded to his pleas for help by saying, “That’s what happens when you’re a crackhead.” By the time Belden was finally admitted to a hospital, he was suffering from severe dehydration, sepsis, and renal failure. Belden was so ill, that doctors were forced to amputate both of his legs and one of his hands.

While it’s rare that a person dies of withdrawal complications outside of lockup (most deaths appear to be caused by easily treatable dehydration), a staggering number of people overdose after they are released from jail and prison.

A 2018 study published in the American Journal of Public Health revealed that recently incarcerated North Carolinians were over 40 times more likely to die from an opioid overdose in the two weeks after incarceration than the general population.

A 2017 study of 39 England prisons found that medication-assisted treatment (MAT) reduced instances of overdose deaths by 85 percent during the first month after release from prison.

And a Rhode Island MAT program has produced a 60.5 percent drop in post-release opioid deaths during the first year of implementation.

While a growing number of local jail and state prison systems are adopting evidence-based protocols that include MAT, and post-release support systems at the community level, research shows that much remains to be done to prevent needless drug-related deaths both in-custody and after release.

The report below, by Pew Charitable Trust’s Beth Connolly, offers some strategies worthy of replication in other states and local jurisdictions across the nation.

Individuals within the criminal justice system have a high prevalence of substance use disorder (SUD), including opioid use disorder (OUD). Based on the latest data from the Bureau of Justice Statistics, from 2007 to 2009 an estimated 58 percent of state prisoners and 63 percent of sentenced jail inmates met criteria for SUD (defined as drug dependence or abuse by the Diagnostic and Statistical Manual of Mental Disorders). These figures exclude those with nicotine and alcohol use disorders.

In prisons and jails, people with OUD have limited access to medication-assisted treatment (MAT), which combines medications approved by the Food and Drug Administration with behavioral therapies and is considered the gold standard of care. In addition, one study found that formerly incarcerated individuals had a 12.2-fold increased risk of fatal drug overdose compared with the general public during an average of two years post-release. Accordingly, improving access to MAT during incarceration can help prevent nonfatal overdoses and deaths, and support engagement with treatment after release.

At the Council for State Governments’ national conference in December, The Pew Charitable Trusts hosted a session that brought together policymakers from across the country to share approaches for addressing the treatment needs of the criminal justice population and increasing their access to MAT. Officials discussed how states are working to expand access to lifesaving care for individuals within correctional facilities and those re-entering their communities. The conversation focused specifically on financing for MAT and how states have leveraged Medicaid funding to increase access to this treatment.

State approaches for MAT within corrections

In Colorado, Denver Health Medical Center, one of the state’s largest safety-net hospitals—which provides care regardless of a patient’s insurance status—partnered with Denver’s city and county jails to increase access to MAT. As a result, all three forms of FDA-approved medication for OUD (methadone, buprenorphine, and naltrexone) are now available in these facilities. MAT induction—when treatment begins—and maintenance services, as well as wraparound social services like case management, are also available as individuals re-enter the community. The MAT program is funded in part by revenue from a tax on marijuana enacted in 2015 (H.B. 15-1367), state general funds, and a State Targeted Response to the Opioid Crisis (STR) federal grant.

Lawmakers in Kentucky have sought to combat high rates of SUD in their correctional institutions via the 2015 law S.B. 192. The bill increased funding for naltrexone and SUD treatment programs, such as the Substance Abuse Medication Assisted Treatment program, with the goal of decreasing drug overdoses and increasing and improving SUD treatment post-release. According to the 2017 “Criminal Justice Kentucky Treatment Outcome Study” report, participants in the SUD program reported that the structured environment, mentorship offerings, and sense of community all supported their recovery.

Prior to the Affordable Care Act, as many as 70 percent of those leaving prison and 90 percent leaving jails lacked health care coverage, making it difficult to connect them with behavioral health services. While many states have improved access to SUD treatment for these people through expansion of Medicaid, other states have implemented community-based approaches to support access.

Ohio modified its Medicaid managed-care contracts to provide care coordination for individuals identified as high-need and arrange community-based services before release from the criminal justice system. Ohio also uses STR funds for counties to improve and expand its SUD workforce treatment capacity. By using these funds to increase the number of physicians with buprenorphine waivers, which allow them to prescribe the medication, the state has been able to increase treatment availability and access.

Virginia’s Addiction and Recovery Treatment Services (ARTS) program also helped expand the SUD workforce and community-based treatment. ARTS expanded Medicaid benefits, giving recipients greater access to SUD treatment across a continuum of care, including residential and community-based treatment. After the program was implemented in 2017, the state saw a 34 percent increase in the number of providers with buprenorphine waivers and a 64 percent increase in Medicaid beneficiaries receiving SUD treatment.

States and local communities are successfully funding efforts that improve the availability and effectiveness of SUD and OUD treatment for individuals in the justice system. By utilizing MAT and improving access to this lifesaving treatment, communities and correctional agencies can reduce the risk of overdose and death post-release.

This analysis was updated on May 21, 2019, to include additional detail on a study that examined fatal overdose death risk for individuals released from correctional facilities.

Beth Connolly directs the substance use prevention and treatment initiative at The Pew Charitable Trusts, where this story first appeared.

Image: Suboxone, a mixture of buprenorphine and naloxone, used in medication-assisted treatment.