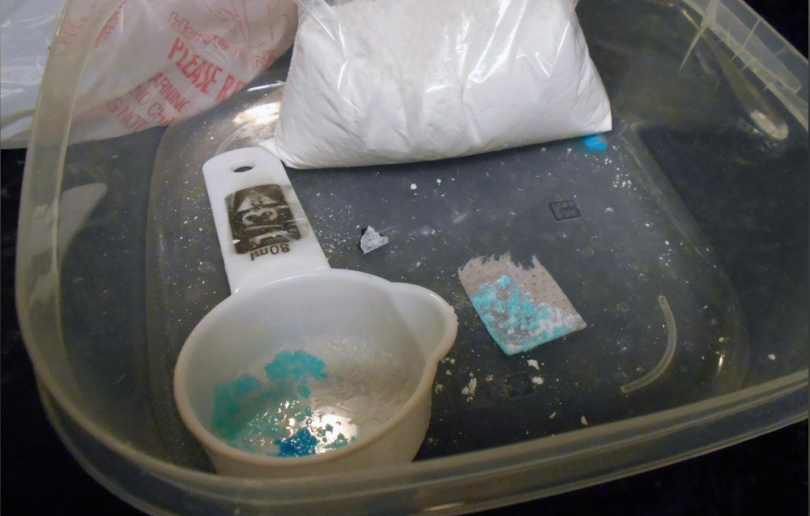 David Weed was two months shy of his 38th birthday when he died from an overdose of fentanyl and morphine at the California State Prison, Los Angeles County, in Lancaster, on May 29, 2019.

Weed was serving life without parole, but he hadn’t given in to despair. He had just completed a rehabilitative program that focused on victim awareness and creating accountability for one’s crimes. He knew he would likely never get out of prison, but he had two young daughters, ages 13 and 11, and he wanted to find some healing for their sakes, according to a source who spent time with Weed in his last months, but asked not to be named. 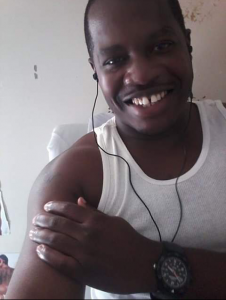 Weed was the fourth man to die of an overdose at the Lancaster prison in the span of three months. At least one more person has died of an overdose since his death. The string of overdoses at the prison began on February 24, 2019, when Albert Atlas, 64, died from methamphetamine intoxication. Since then, Ryan Madden, 32, Steven Angulo, 37, Weed, Daniel Gonzales, 51 have died by overdose.

Across California’s state prison system there was a total of 40 fatal overdoses in 2017, the most recent year for which we have data. The five overdose deaths that occurred at Lancaster during the first half of 2019 would comprise 20% of the 2017 system-wide total.

In keeping with protocol, the California Department of Corrections and Rehabilitation (CDCR) has reported each of these deaths to its oversight body, the Office of the Inspector General, but neither the CDCR nor the OIG has a mandate to make any of the fatalities public. Families receive news of their loved ones’ deaths without being made aware that the deaths are a part of a pattern of deaths by overdose at Lancaster.

However, the trend is not unique to Lancaster. An investigation published in May of this year by the San Francisco Chronicle found that the number of men and women who overdosed while incarcerated in California state prisons jumped 113% between 2015 and 2018. Most of these overdoses resulted in hospitalization, but were not fatal, the Chronicle reported.

California prisons have the highest rate of overdoses of any state prison system, J. Clark Kelso, the federal receiver who oversees health care in California prisons told a state Senate subcommittee on May 14. In fact, the rate is triple the national average, Kelso said.

Governor Gavin Newsom decided to take a proactive approach to the crisis, requesting a budget that would allocate more than $233 million to drug treatment in every state prison over the next two years. The money was to go toward medication, therapy, and treatment plans, including planning for re-entry. However, Newsom’s proposal was downsized to $64 million for pilots in seven prisons by the Assembly Budget Subcommittee on Public Safety in May, which cited concerns about whether the Governor’s strategy could realistically be put into place as quickly as he envisioned.

Yet, Kelso and others, like State Sen. Nancy Skinner, D-Berkeley, who chairs Senate panels overseeing the state’s corrections department, countered the Assembly committee’s push back telling legislators that previous efforts to address the supply side of the issue by adding more drug-sniffing dogs, screenings, and more aggressive visitor searches had not dented the overdose problem.  The overdoses were increasing.  A systemwide treatment program was urgently needed now, not later.

After all, by its own estimate, approximately 70% of the CDCR’s total population (86,800 people) have substance use disorders.

In the end, when the governor signed the new budget late in June, it included the money he’d requested for drug treatment across the state’s prison system, said the CDCR’s Chief of Health Care Communications Elizabeth Gransee.

According to Gransee the newly budgeted $398 million will fund, among other things, an additional 431 positions to be allocated toward a substance use disorder treatment program between 2019-22. The state’s correctional system has also increased the availability of naloxone, she said, which is available throughout all facilities in emergency response kits, along with more training in the use of the counter-overdose drug.

And, yes, the budget incorporates an expanded K-9 program, more X-ray and parcel scanners, low-dose full-body scanners, and other strategies of that nature, Gransee said.

Still, experts caution that addressing the rise in overdoses in prison is anything but easy.

Incarcerating people with substance use disorders can increase their risk for overdose, said Josiah Rich, MD, director of the Center for Prisoner Health and Human Rights at Miriam Hospital in Rhode Island. Once incarcerated, a regular opiate user may have reduced access to drugs and within days or weeks, their tolerance will be reduced. So if they do gain access to drugs while incarcerated, after some period of time without regular drug use, it will take far less to cause an overdose — particularly true if what they use contains the extremely potent synthetic opiate fentanyl, which was a confirmed factor in David Weed and Daniel Gonzales’ deaths.

“For every person that overdoses on the inside, there are many more that are not getting the treatment they need to treat the underlying cause of this disease,” Rich said. “We’re paying so much money to incarcerate them, and well over 95% of them are going to get out eventually. If we haven’t dealt with their addiction and their mental illness and they come out, what do we think is going to happen?”

The danger of overdose spikes when an incarcerated person with a drug problem is released from prison, particularly if their drug of choice is an opioid. A 2018 University of North Carolina study found that within the first two weeks of release, the risk of death by opioid overdose is 40 times greater than among the general population, and the risk of death by heroin overdose is 74 times greater.

David Weed was one of those who likely would not have gotten out of prison. But his daughters and his sister Danita, 40, are outside. Weed was working to take full responsibility for his crimes and the harm they produced, according to the source who spent time with him at Lancaster. He wanted to find some kind of redemption for himself, and also to lessen his family’s emotional burden to the degree that might have been possible. But that work was cut short. Now his family must reckon with his life and death without his help.