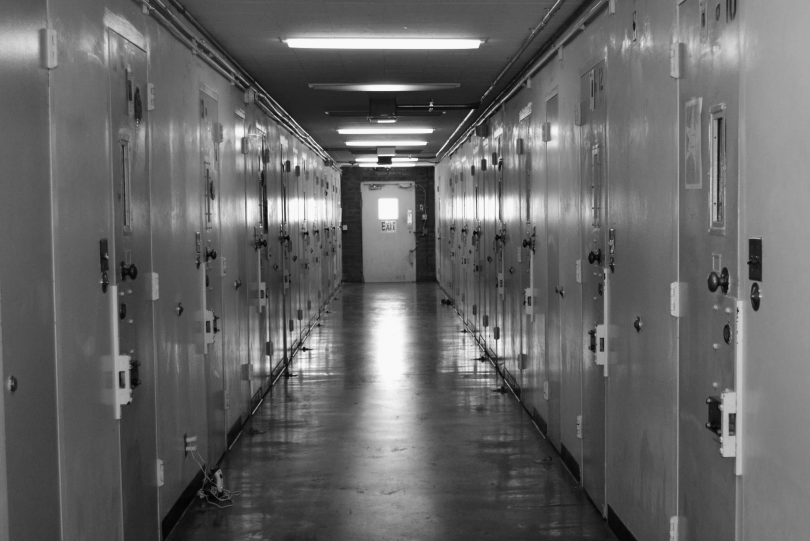 On Monday, Governor Gavin Newsom announced he would be replacing the top person at California Division of Juvenile Justice (DJJ), which is the state’s youth lock-up system that Newsom wants to see reformed.

The division’s present leader, Director Chuck Supple, will be “stepping down effective immediately citing health reasons,” according to the statement released by the governor’s office. 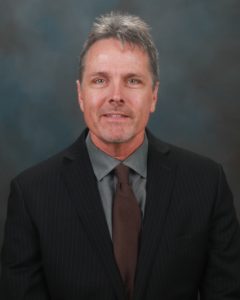 Director Supple was appointed as Director of DJJ in August of 2017, by Governor Jerry Brown, but has been with the department for over 14 years, serving earlier as a parole agent who helped kids coming out of DJJ with reentry.  Prior to his time in the youth justice arena, he spent two decades facilitating community service in various capacities at local, state and national levels.

Supple has generally been very well-liked by the state’s youth advocates, who welcomed his reform-minded attitude toward the division and the kids that it serves, after watching what used to be known as the California Youth Authority slammed by a 12-year consent decree that was put in place by the Alameda County Superior Court of California.  The consent decree was in response to a class-action lawsuit, Farrell v. Harper, which detailed nightmarishly unconstitutional conditions in the CYA facilities, causing the court to lay down a list of mandated reforms.

The core requirement of the Farrell agreement was that CYA must exchange its abusive and viciously punitive system for a rehabilitative model of working with kids.  Theoretically, that goal was gradually accomplished.

But within months of being released from the consent decree in February 2015, reports that the DJJ was clearly backsliding began to surface.  As a consequence,  the 2017 appointment of Supple, with his community-centric, youth-friendly background and upbeat, can-do attitude was greeted with relief.

“Most kids in the juvenile justice system will return to the community,” Supple told an audience at a youth justice conference at Sacramento State in June of this year. “So everything we do has to be geared toward helping transform them into responsible and successful adults.”

The director has also been praised for his repeated willingness to make time to hear the points of view of others outside the world of corrections.

During Supple’s tenure, however, while some reforms have taken place at DJJ,  last year’s blistering report on the state’s youth system, authored by the Center on Juvenile and Criminal Justice, showed in stark terms that much is still going wrong at the aging youth facilities run by the state.

Yet, the CJCJ report (plus WitnessLA’s own reporting) depicts a climate of violence and fear at each of the high-budget facilities, where spikes in the number of attempted suicides and high rates of youth injuries, are a few among the many indicators that raise urgent red flags about the emotional and physical safety of the kids in the state’s care.

So who will take Supple’s place? 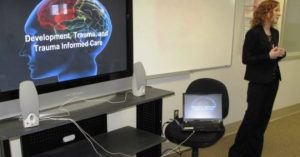 The choice of Supple’s successor is a crucial one, particularly given that the director’s decision to leave  comes at a time when Governor Newsom is firming up his plans to move DJJ out from under the direction of the California Department of Corrections & Rehabilitation (CDCR), the state’s prison system, and transferring it to reside under the protective roof of the Department of Health and Human Services, where the idea will be to gradually end juvenile imprisonment in California for most youth, and to replace it with local programs that emphasize mental health care, education, healing, and rehabilitation in a therapeutic, research-guided, “trauma-informed” environment.

The new, relocated DJJ, which is tentatively scheduled to launch in the summer of 2020, will also have a new name: Department of Youth and Community Restoration (DYCR).

With all this in mind,  having the right person to shepherd such a complicated and politically fraught change in the chronically troubled agency is of critical importance.

“We appreciate Chuck’s distinctive leadership and his strong dedication to youth,” said Renee Menart, Communications and Policy Analyst for the Center on Juvenile and Criminal Justice, and one of the authors of the last year’s deeply-researched report on DJJ.

“It is our hope that a future director will continue to serve with a reform-minded, youth-focused approach as well as the tenacity to advocate for the needs of youth and their families.”

Of course,  said  Menart, she and her colleagues hope that the person who ultimately steps into Supple’s position “will be someone who is able to think outside of an institutional perspective.  We really need to have transparent conversations toward the beginning of their leadership with a diverse network of stakeholders,” including youth and their families, added Menart.

Each of these groups, she said, “have a unique angle of expertise that can play an essential role in the setting the direction of the state system.”

“The lives of youth involved in the justice system is all of our responsibility,” she said in an emailed statement to WLA. “I know moving from the Department of Corrections and Rehabilitation to Health and Human Services is an integral part of the transformation in the Department of Juvenile Justice. The next director will need to prioritize education and rehabilitation so these young people will have an opportunity to be productive members of society.”

Dr. Heather Bowlds, 43, who is DJJ’s chief deputy director, will be acting director until a permanent replacement for Supple is selected. Bowlds, who is a psychologist and has been with the DJJ for more than 18 years.  At DJJ she served previously as the Associate Director of Mental Health Services.  Earlier still,  Dr. Bowlds served as Program Coordinator of the Sexual Behavior Treatment Program, having to do with teenagers who have engaged in sexually abusive behavior.

In general, to those outside DJJ, Bowlds is an unknown quantity.

Yet, Supple himself has expressed strong confidence in Bowlds’ ability.

“I deeply regret that I am not able to continue working during this pivotal time of opportunity and challenge,” the director wrote in his email to DJJ’s staff members announcing his exit, which WLA has acquired.

“I am confident that the Division’s critical mission — which I continue to hold dear — is in very good hands,” Supple continued. “With Dr. Heather Bowlds as acting director, supported by your commitment to the work, the transition to Youth and Community Restoration will begin a new and promising chapter for our organization.”

WitnessLA will continue to track this important story.