On Wednesday of last week, the day before Christmas, United States District Judge Randolf D. Moss ruled that the U.S. Justice Department’s most recent rescheduling of the execution of Lisa Montgomery, was procedurally unlawful.

And, therefore, wrote Moss, he must vacate the government’s order setting January 12, 2021, as the new date for Montgomery to be put to death.

The DOJ and its new acting Attorney General Jeffrey Rosen, will be permitted, according to Moss, to reset Montgomery’s  execution after the first of the year. But, based on federal regulations that govern the protocols for federal executions, it is likely that when the new date is set, it will be, at soonest, January 20, the day that President elect Joe Biden will become the 46th president of the United States.

And Biden, of course, has repeatedly pledged to end the federal death penalty.

Lisa Montgomery, for those readers who may have forgotten, is the sole woman on the Trump administration’s list of 13 individuals who have been slated for execution before President Trump leaves office. If the feds succeed in getting her execution rescheduled before Trump’s exit, she will be the first woman in 67 years to be put to death by the federal government.

To date, the president and his department of justice have already executed ten of the people on their list and appear determined to execute their remaining three, one of which is Montgomery. But the two main attorneys working on her appeals both tested positive for COVID-19, and became quite ill. 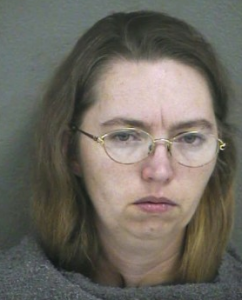 Lisa Montgome was originally scheduled to be executed on December 8. But the two main attorneys working on her appeals both tested positive for COVID-19, and became quite ill.

Due to the attorneys’ sickness, federal judge Moss ordered that Montgomery’s execution be stayed until Dec. 31, to give the lawyers time to recover. The Department of Justice then quickly rescheduled her execution from Dec. 8 to Jan. 12.

In turns out, however, that in their rush to get new execution date on the calendar for  Montgomery, the DOJ violated the regulations established by the Federal Death Penalty Act.

The Federal Death Penalty Act — or FDPA — is a part of the now much reviled Violent Crime Control and Law Enforcement Act passed by congress in 1994, during the Clinton administration. The purpose of the FDPA is to establish constitutional procedures for the imposition of the death penalty for 60 new capital offenses, which had at the time just been added.

One of those procedures prohibits the rescheduling of an execution that has been delayed by a judicial stay, before the end date of said stay. In Montgomery’s case, this meant that the Feds had to wait until after December 31, 2020, to reschedule a new death date, which is not what they did.

Moreover, they had to set that new date at least 20 days past the end of the stay, in order to give the death row individual enough time to “seek legal relief” for his or her sentence, including through the clemency process.

(In case the feds failed to get how indisputably against the law Judge Moss found their rush to get a new date set before his stay of execution was over,  the judge explained in his ruling that the DOJ’s attempt to reinterpret the FDPA suggested not only a misunderstanding of the federal statute, but also a failure to grasp the basics of sentence structure, and the laws of grammar.)

Yet, FDPA and faulty grammar notwithstanding, shortly after Judge Moss made his pre-Christmas ruling vacating the DOJ’s January 12 death date for Montgomery, Acting U.S. Attorney General Rosen and company quickly appealed Moss’s order. Then cheerfully asked the court to allow the execution to go ahead while their just-filed appeal moves forward — an interesting legal strategy since, if it works, even if the feds lose their appeal, it won’t matter because Montgomery will already be dead.

When it comes to Lisa Montgomery, there is no real doubt that she committed the horrific crime for which she was convicted. A week before Christmas in 2004, she conned her way into the home of a young pregnant mother named Bobbie Jo Stinnett in the northwest Missouri town of Skidmore. Once inside, she attacked and strangled Stinnett to death and kidnapped her baby, cutting the 8-month unborn child out of her victim’s body with a knife. The baby lived, and Montgomery attempted to pass off  the infant girl as her own. 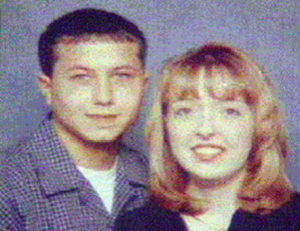 Those pleading for clemency for Montgomery, don’t argue her guilt.  They point to her childhood that was abusive in the extreme, and her resulting deteriorated mental and emotional health, all glaring mitigating factors that her legal representation at the time inexplicably failed to present to the jury at sentencing, and seemed not to fully comprehend themselves.

From the time she was a toddler, into adulthood, Montgomery experienced relentless physical, sexual, and emotional abuse at the hands of her mother,  her step father, and a string of other men, according to her cousin, her half sister, her half brother, and others, including her stepfather’s employer.

When Montgomery’s mother divorced her dad, then remarried, she reportedly allowed her new husband to rape the younger girl repeatedly, putting her in a special room on the family property for that purpose.  The new stepfather also reportedly urged his cronies to gang rape the teenager on multiple occasions, beating her during the rapes, urinating on her afterward.  The horrors, which included being sex-trafficked for cash by her mother as she got older, continued into adulthood.

According to her present lawyers, as a consequence of the abuse, Montgomery has been diagnosed with bipolar disorder, complex post-traumatic stress disorder,  temporal lobe epilepsy, dissociative disorder, and general psychosis. She also reportedly regularly dissociates and hallucinates.

At the beginning of December, we wrote about the nearly 100 current and former elected prosecutors, attorneys general, former and present chiefs of police and county sheriffs, and former U.S Attorneys who sent a letter to the Department of Justice expressing their opposition to its new rush to execute,

“The death penalty raises serious concerns in tension with the constitutional ban against cruel and unusual punishment and the guarantees of due process and equal protection under the law,” states the letter, released by Fair and Just Prosecution, and executive director,  Miriam Krinsky, herself a former federal prosecutor.

It is also out of step with the views of most Americans.   As of 2019, 60 percent of the U.S. public  favors life in prison over the death penalty — even when it comes to the worst of crimes — according to Gallop, which has been polling on the topic of the death penalty since 1985.

According to Robert Dunham, the executive director of the Death Penalty Information Center, Donald Trump is the first lame-duck president in more than a century to execute anyone at all, much less 10 people, with a total of 13 on his wish list.

“Retribution is one method of accountability for criminal acts,” writes Rachel Louise Snyder in a NY Times  Op-Ed earlier this month, about Montgomery and the feds efforts to execute her.

Snyder is an associate professor at American University, and the author of the award winning, No Visible Bruises: What We Don’t Know About Domestic Violence Can Kill Us.

“But Ms. Montgomery’s life, however much she has left of it, is already irreparably shattered,” Snyder concludes.  “For many of us, that might seem punishment enough.”