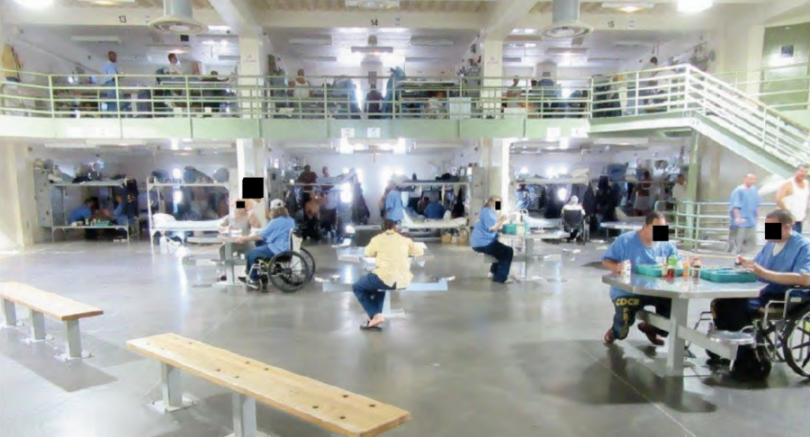 On March 25, as coronavirus was just starting to spread within the state prison system, attorneys representing California prisoners asked a federal three-judge panel to step in with an emergency order forcing the state to reduce the prison population cap, which the panel oversees.

The state, according to attorneys from Rosen Bien Galvan & Grunfeld and the Prison Law Office, must do more to protect prisoners in overcrowded facilities from the coronavirus, along with staff working in those same facilities. To do so, according to the attorneys, the CDCR could release or relocate people convicted of non-violent crimes who were elderly, medically vulnerable to the virus, or those individuals who are close to their release dates, none of which should compromise public safety.

On Saturday, April 4, the judges declined to intervene through the panel, but suggested different ways the attorneys could seek intervention from the federal court system to “prevent the life-threatening spread of COVID-19” in prisons.

Already, however, the rate of infection inside the state’s prisons appears to be moving at an alarming rate.

On March 25, when the attorneys’ motion was filed, 9 staff members and one prisoner had tested positive for the coronavirus. Five days later, on March 30, there were four prisoners and 22 employees with confirmed cases of the virus.

And as of April 5, 17 prisoners and 53 prison employees had tested positive for COVID-19.

“We take no satisfaction in turning away Plaintiffs’ motion,” two of the judges wrote on April 4, “without reaching the important question of whether Defendants have implemented constitutionally adequate measures to protect the inmates of California’s prisons from the serious threat posed by this unparalleled pandemic.”

The panel, they said, was “bound” by two federal laws “to reach this conclusion.”

(This is complicated, but stay with us.)

According to the judges’ order denying the emergency motion, the panel did not have the legal power to step in and handle the coronavirus crisis in state prisons. This was due to the fact that the panel was originally established in 2007 for a different purpose, which was determining whether California should be required to address the prison overcrowding crisis by releasing prisoners in order to remedy state officials’ failure “to provide constitutionally adequate medical and mental health care services” to incarcerated Californians.

In 2009, the three-judge panel, which has now been engaged in oversight of the state’s prisons for more than 10 years, ordered California’s governor to significantly reduce overcrowding. The ruling was famously upheld by the U.S. Supreme Court in 2011, which declared the state to be in violation of the 8th Amendment to the U.S. Constitution.

The recent emergency motion, filed by attorneys from Rosen Bien Galvan & Grunfeld, and the Prison Law Office, asked the judges to use that 2009 order to further reduce the prison population cap — 137.5 percent of capacity — that the order imposed, so that safe social distancing can be achieved behind bars.

The attorneys argued that it was “indisputable that the cap is inadequate to permit the delivery of constitutional health care in the current crisis.” Forty percent of the state’s prisoners live and sleep in cramped dorm housing, where bunks are often so close to each other that any kind of social distancing is automatically off the table.

According to two of the judges, however, “that order was never intended to prepare Defendants to confront this unprecedented pandemic. Nor could it have, given that the entire world was unprepared for the onslaught of the COVID-19 virus.”

While they denied the motion on technical grounds, the judges suggested the attorneys could still “seek relief” for the state’s more than 122,000 imprisoned men and women by filing a new separate motion with one or both of two of the judges on the panel who are each overseeing class-action lawsuits over prisoner mental and medical health care.

Additionally, the judges acknowledged that state officials “have broad authority to voluntarily take steps that may prevent” the “catastrophic” spread of coronavirus behind bars.

CA leaders, they said,  must “leave no stone unturned” as they work to stem the movement of the virus through the state’s 35 prisons.

The state’s attorneys have argued that no court intervention is needed, as officials are already taking “extraordinary and unprecedented protective measures.”

On Tuesday, March 31, the California Department of Corrections and Rehabilitation (CDCR) announced that up to 3,500 prisoners would be shortlisted for “expedited parole” in response to rising coronavirus numbers among prisoners and staff.

On top of the expedited parole plan, Governor Gavin Newsom’s executive order suspending transfers from jail to prison is expected to reduce the state’s total prison population by 3,000 people in the next 30 days, according to the CDCR.

The CDCR also says it is working to move approximately 500 people out of dorm areas.

“In short, Defendants have already taken immediate, bold, and appropriate steps in response to this rapidly evolving crisis, and they are planning to take additional actions to expand their capacity with an intent to do more,” the state’s attorneys wrote in opposition to the March 31 emergency motion. “California’s already swift and unprecedented response to the crisis obviates the need for the further judicial intervention into and micromanagement of the state’s prison system requested by Plaintiffs.”

Yet, the state’s efforts, while welcome, are not enough to mitigate the risk coronavirus poses to the incarcerated population, according to the prisoners’ attorneys.

“The State’s proposed steps—temporarily pausing intake from county jails, expediting the release of 3,496 people who were scheduled to be released in the next 60 days, and relocating at most 534 people from three dorms—are important but not sufficient,” the attorneys wrote in their reply. Through these measures, overcrowding in the dorms will only be reduced to “179%, 161%, and 151%, respectively.”

“This is not the time for half-measures or incremental steps,” the inmates’ lawyers argued.

The Prison Law Office and Rosen Bien Galvan & Grunfeld attorneys say they will return to one of the judges with a new motion as suggested, as speedily as they can.