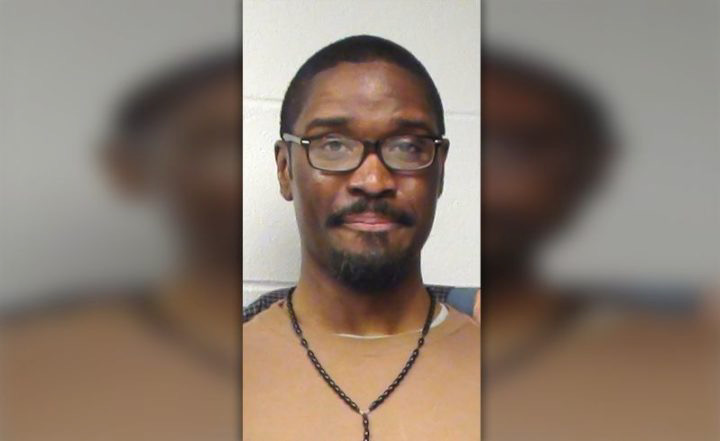 In 1944, a 14-year-old African-American boy was sentenced to death in South Carolina after a 10 minute trial with little evidence that he killed two young white girls. In 2014, 70 years after he was executed, a South Carolina judge exonerated George Stinney Jr., saying she could “think of no greater injustice than the violation of one’s Constitutional rights” in the boy’s case.

Stinney’s conviction was overturned 70 years after he was put to death, thanks to Matt Burgess III, a crusading 24-year-old South Carolina lawyer.

Appalled by Stinney’s execution when he learned about it, Burgess led the legal battle to exonerate the boy.

George Stinney was “barely five feet tall” and he weighed less than 100 pounds when he was executed. The Washington Post reported the boy “had to sit on books” to be tall enough to reach the electric chair’s head piece. The Post and Courier, a South Carolina newspaper, reported the executioner struggled “to adjust an electrode” to Stinney’s right leg before the execution.

When he pulled the switch, 2,400 volts of electricity shot through the boy’s body. As he convulsed, the “death mask” slipped off his face. Witnesses said his eyes were wide open. Tears streamed down his face and foam spilled out of his mouth.

Two more volts of electricity hit the boy before he was pronounced dead. At that point, the South Carolina newspaper reported the death house “reeked of burnt flesh.”

George Stinney was the youngest person executed in the 20th century in the United States. He was not an abused child like many youthful offenders. He was abused by a flawed system that is still taking the lives of young offenders.

On Dec. 10, Brandon Bernard joined the troubling list of individuals executed for crimes committed as adolescents. Bernard was  convicted for his role in  the gruesome killing of a Texas couple in 1999. He was 18 at the  time.

Jurors at his trial in 2000 were told he ”would likely be violent” in prison, a decided factor in the death sentence he received.

The actual killer was the oldest of the group of five Black teenagers who kidnapped the couple. After the victims were shot, their bodies were left in a car that Bernard and another teenager set on fire.  CBS News reported five of Bernard’s jurors and a former U.S. prosecutor are now calling for clemency in his case.

Between 1973 and 2000, the U.S. Department of Justice reported 196 teens were sentenced to death in the U.S. Thirteen of the teens were 15 years old; 47 were 16; and 136 were 17. Scientists researching the backgrounds of 37 juvenile offenders sentenced to death found that “14 had sustained head injuries as children; nine had major neurological disorders; seven had psychotic disorders since early childhood and 7 had serious psychiatric disturbances.”

It noted that none of the data was presented as mitigating evidence during their trials.

In 2005, the U.S. Supreme Court ruled in Roper v. Simmons that executing children under the age of 18 violated the Eighth and Fourteenth Amendments. However, by 2020, a number of scientific studies had demonstrated that the brains of 18-, 19- and 20- year olds are no different from the brains of 17-year-olds.

If that research had been available in 2005, Laurence Steinberg, a professor of psychology at Temple University, says “one could’ve made the very same arguments about 18-, 19- and 20-year olds that were made about 16- and 17-year-olds” in the high court’s decision.

Paramount among these findings was a groundbreaking study in 2017 at the University of Kentucky College of Medicine. It was the first to use “functional magnetic resonance imaging (fMRI)” to analyze the brain, mapping “activations to legally-relevant mental states of culpability.”

The study provided “an accurate assessment of an individual’s mental states of knowledge and recklessness.” Scientists in “neuroimaging, psychology, law, public policy, behavioral health, and biology” conducted the study. The Proceedings for the National Academy of Sciences, one of the world’s most cited scientific publications, published the study’s findings.

Studies at the Harvard Medical School, The National Institute of Mental Health and the UCLA Department of Neuroscience have also shown that the “frontal and prefrontal lobes of the brain, which regulate impulse control and judgement are not fully developed …until somewhere between 18 and 22 years of age.”

Seven clinical studies cited in Behavioral Sciences and The Law, show that childhood trauma affects the developing brain “in lasting ways.” The studies found that “pathological family interactions experienced by capital murderers are consistent with an extensive body of research linking the experience of abuse and neglect to later violence.”

In 2015, the Texas Observer reported that “trauma biologically alters the brains of young boys in ways that affect their adult behavior.” In 2020, the American Civil Liberties Union reported that “63 percent of federal death-row inmates suffered from two or more serious mental illness, intellectual disability or brain damage and chronic childhood abuse.”

The link between chronic child abuse and violent criminal behavior in “late adolescence” is indisputable. Numerous academic studies have shown high rates of child abuse among those sentenced to death.

In 2012, an inmate who endured horrendous child abuse was executed in Arizona for sodomizing and killing two men. When Daniel Cook was an infant, he was burned with cigarettes and beaten with a belt. When he was three, he was forced to eat his own vomit.

The Phoenix New Times reported that as Cook grew up, he was beaten and sexually abused by his parents, grandparents, step-father, step-brothers, and foster parents. He endured horrific sexual abuse and sodomy at a boy’s home. He was diagnosed with schizophrenia, acute psychosis, alcohol addition, passive aggressive personality, depression, and dependent personality disorder according to Amnesty USA.

When Billy Joe Wardlow was 18, he was sentenced to death after he shot a man in a struggle to steal the man’s car in 1993. Wardlow and his teenage girlfriend were running away from abusive homes in East Texas. In June 2020, Wardlow filed an appeal challenging the constitutionality of Texas’ use of “future dangerousness” to sentence him to death.

According to The Death Penalty Information Center, Wardlow’s appeal argued that multiple scientific studies have shown “predictions of whether an offender under age 21 will be a future danger to society are inherently unreliable.”

Juveniles are the most likely to be capable of rehabilitation.

Wardlow’s appeal was supported by “neuroscientists at the American Academy of Pediatric Neuropsychology, The Center for Law, Brain and Behavior at Massachusetts General Hospital and The Society for Adolescent Health and Medicine, and eight leading experts in brain research and adolescent behavior.”

The Supreme Court denied the appeal.

Billy Joe Wardlow spent 25 years on Texas’ Death Row before he was executed on July 8, 2020 at the age of 43. The Texas Tribune and The Austin Chroniclereported that in spite of ample proof of Wardlow’s rehabilitation, scientific evidence refuting the theory of “future dangerousness” and a letter to the Texas Board of Pardons and Paroles signed by 58 members of the Texas legislature pleading for a delay, the state’s pardon and parole board refused to stop his execution.

According to The Texas Tribune, two jurors in Wardlow’s case wrote the Texas pardon and parole board declaring that based on new scientific evidence, Wardlow should be sentenced to life. On the day he was executed, a ranking Republican in the state legislature urged Governor Greg Abbott to “stop Wardlow’s death.”

Jeff Leach, Chair of the House Judiciary and Civil Jurisprudence, wrote Abbott when there’s new evidence “we should always err on the side of life.”

In the past decade, the U.S. has executed more juvenile offenders “than every other nation in the world combined.” On December 4, 2019, Jim Petro, a former Ohio attorney general who helped to write Ohio’s death penalty law called it a “failed policy” in The New York Times.

Capital punishment’s callous disregard of science in the cases of youthful offenders is a cruel example.

Death Row’s Other Victims: Families of the Condemned

Jodie Sinclair is a former TV news reporter with a master’s degree in journalism from Columbia University. She is the co-author of two nationally published books about the criminal justice system, written with her husband, a former Louisiana inmate, and the author of a recently released memoir.

This story was originally published by our friends at The Crime Report.

The above photo is of Brandon Bernard, who was executed on Thursday, December 10, 2020. This 2016 photo was provided by the Federal Public Defender for the Western District of Washington

WitnessLA has more on the the rush by President Donald Trump and Attorney General William Barr to execute a dozen people before leaving office.