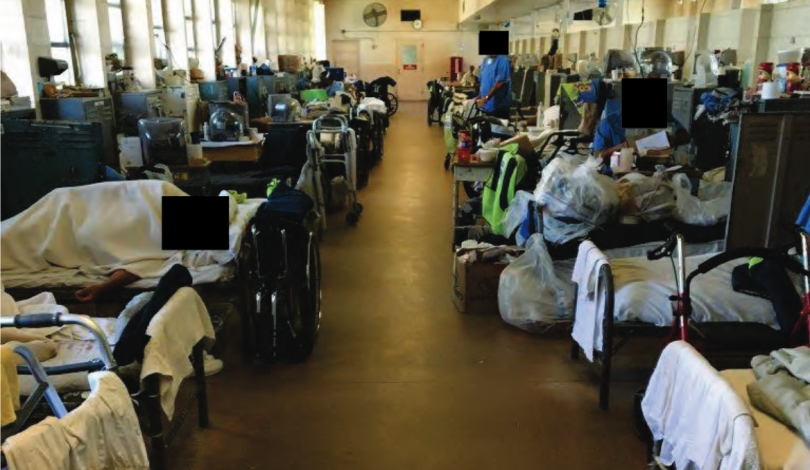 An unidentified man has died after contracting COVID-19 during an outbreak of the virus in a Southern California prison.

The man, who died in a nearby hospital, had been incarcerated at California Institution for Men, in Chino, a city in San Bernardino County. The exact cause of death has not been officially established.

The department did not reveal the man’s identity for medical privacy reasons.

As of Sunday night, 115 prisoners and 89 prison workers had tested positive for COVID-19.

Together, the Chino prison and California State Prison, LA County, in Lancaster, make up 72 percent (146) of the system’s 204 coronavirus cases. The rest of the state’s 35 prisons have 6 cases or fewer, so far.

Between April 17 and April 18, confirmed cases increased by 36, the largest 24-hour increase yet.

On Sunday, the CDCR reported that the spike was the result of “mass testing of approximately 100 inmates” at the Lancaster prison. “These asymptomatic cases do not represent a new outbreak, but were tested out of an abundance of caution after known exposure,” CDCR Press Secretary Dana Simas wrote in an emailed statement. “The testing will help us protect people who test negative and may be uninfected, and to provide better nursing care to those who test positive.”

Two days before the Chino death, on April 17, a federal judge denied prisoner attorneys’ bid to force California prison officials to further reduce prison overcrowding as part of a larger plan to stop the virus from continuing to spread throughout the prison system.

The state, Judge Jon Tigar wrote, had taken “numerous and significant measures” to address the COVID-19 crisis. (Read more of the backstory: here.)