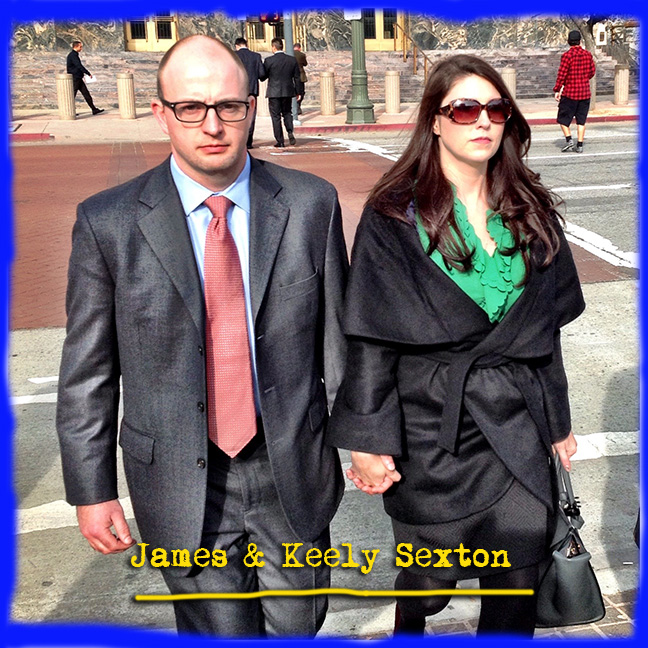 On August 31, former Los Angeles County sheriff’s deputy James Sexton will turn himself in to federal marshals in order to begin his eighteen-month sentence in federal prison.

Weirdly, Sexton’s choice to get on with his prison term has not been a simple matter to achieve.

Sexton is the first and only former department member indicted for obstructing a federal investigation who has elected to go ahead and begin his prison time. Everyone else—including Paul Tanaka, the former undersheriff of the LASD—is still fighting their respective convictions. And former sheriff Lee Baca has yet to go to trial. But surrendering one’s self to the feds, it turns out, isn’t quite as simple as it seems.

As most readers remember, the obstruction indictments brought by the government against a total of 10 former LA County Sheriff’s Department members pertained to the alleged hiding of federal informant Anthony Brown from his FBI handlers, falsely threatening an FBI agent, interfering with potential federal witnesses, and generally attempting to get in the way of an undercover FBI investigation into allegations of civil rights violations, brutality, and corruption on the part of deputies inside the county’s troubled jail system.

Sexton is the lowest person on the departmental food chain to be convicted of the obstruction charges, and sentenced to federal lock-up. Although the government does not suggest he had anything to do with the threatening of FBI agents, or interfering with witnesses, he was involved in hiding federal informant Brown, based on orders coming from several layers of supervisors, including—according to federal prosecutors—the two people running the department.

Among the other defendants already convicted are former LASD deputies Mickey Manzo and Gerard Smith, former sergeants Maricela Long and Scott Craig, and former lieutenants Gregory Thompson and Stephen Leavins, who were tried as a group and whose sentences in a federal lock-up range from 21 months to 41 months.

Paul Tanaka, the notorious former second in command of the department, was himself convicted of the dual charges of obstruction of justice and conspiracy to obstruct justice for his role as the shot caller of the obstruction actions, and was subsequently sentenced to five years behind bars.

Tanaka has appealed to the 9th Circuit for relief thus he is able to stay out of prison until his appeal is settled.

The six—Manzo, Smith, Scott, Craig, Thompson and Leavins—-appealed to the 9th Circuit Court of Appeals and lost with a ruling from a three-judge panel. Now they are appealing to the entire 9th Circuit for their collective case to be reheard, so they too are not yet packing for incarceration.

Former LASD captain Tom Carey, who made a plea deal with the government, has yet to be sentenced.

And of course, there is former Los Angeles County Sheriff Lee Baca who, according to the government, gave the orders that set the whole obstruction circus in motion, with Tanaka doing the micromanagement.

Baca originally agreed to a plea deal for which he expected to do somewhere between no time at all, and six months. He backed out of the deal in early August, after it became evident that U.S. District Court Judge Percy intended to go with a sentence that could be substantively longer than the maximum six months that his agreement with the feds prescribed. (It should be noted former deputy Sexton’s sentence was three times higher than the highest end of Baca’s proposed sentence 0 to 6 months.)

Now Baca is going to trial, beginning in early December, and his attorney, Nathan Hochman has indicated he will likely have experts and witnesses explain to the jury that the former sheriff was too compromised by his oncoming Alzheimer’s disease to have knowledgeably committed the three crimes of which he is charged by the federal government.

(Mr. Baca has been indicted for obstruction of justice and conspiracy to obstruct justice, along with the original charge of lying to federal officials that Baca admitted to, back in February, as part of his now dynamited plea deal.)

GETTING ON WITH IT

Sexton, who is 31, has been fighting his case for the last three years, and through the whole of his three-year marriage, and says he wants to pay whatever debt he owes so that he can begin to plan a new future.

“Out of respect for the jurors who sat for my two trials,” he wrote to WitnessLA in a text, “I’m going to continue the appellate process while serving time in an effort to move on with my life…..I am grateful for the people in my life, especially my wife, family, and friends who supported me exercising my Constitutional Rights.” But now he is ready to move on, he said.

(Sexton refers to “two trials” because he was tried twice, with the first proceeding ending in a mistrial due to a hung jury that was “hopelessly divided” with six for conviction, and six against. Also, although Sexton says he has stopped fighting his prison term, he is not completely giving up on his right to appeal in the future.)

When Sexton decided to move forward with serving his time, however, the U.S. Bureau of Prisons, the 9th Circuit and the rest of the federal bureaucratic machinery was not ready to take him, although he was sentenced on September 16, 2014, and his appeal to the 9th—along with that of the six—was rejected on August 4 of this year.

He could turn himself in if he wanted, but the BOP has nowhere to put him. Former law enforcement officials are generally incarcerated in facilities where the BOP is better able to keep them safe from inmates who may wish to harm cops. However, they didn’t have such a facility ready. So, he might languish in a less secure private lock-up for an indefinite time.

Concerned at where his client might wind up, Sexton’s lawyer, former U.S. Attorney, Tom O’Brien, attempted to blast through the logjam by filing a urgent motion with the 9th Circuit to pull Sexton out of the appeals queue, where he had landed automatically when the six decided to re-appeal, even though Sexton had not himself asked for a second appeal.

“In order to move forward with his life,” O’Brien wrote to the 9th, “Mr. Sexton now seeks to begin serving his sentence as expeditiously as possible. To do so, he respectfully requests, and the Government does not oppose this request, that the mandate should be issued as to him as quickly as possible.”

Once the 9th Circuit gave up their dominion over Sexton, O’Brien submitted a petition to Judge Anderson, in whose court Sexton was convicted and sentenced.

At first it was not clear that the various motions would shove the slow-moving governmental cogs. But finally, late on Friday Judge Anderson signed the necessary stipulation, which went then to Sexton’s probation officer and then to the US Marshals immediately. Sexton hopes the BOP will be ready for him by his wished for turn-in date of August 31. It remains to be seen what prison will be his home for the next year and a half.

“Still, I think we’re prepared now,” Sexton’s wife, Keely Sexton told WLA. “We’ve come to a peace with it. Yeah, it’s scary. I respect him for going in. But it’s scary. It is. I’m scared of coming home to an empty house, and scared of not knowing what’s going on with him, and scared of not being able to talk to him for a while. We’ve gotten to go through a lot of things that people who have been married for 30 years had never gone through. And it’s made us stronger. I wouldn’t trade any of that. Now it’s time to get on with it.”