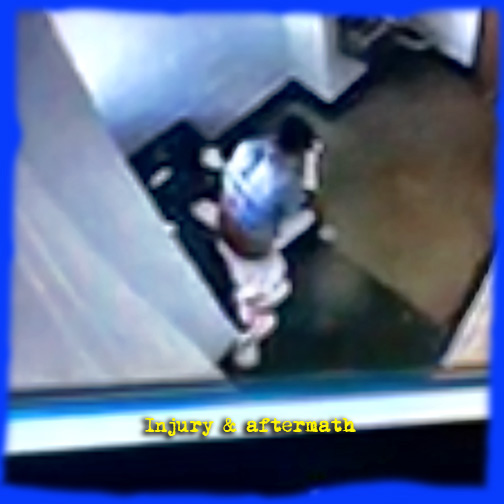 A Supervising Detention Service Officer named Sergio Cano, who works for Los Angeles County Probation, was charged with one count of assault under color of authority on Wednesday morning. Cano pleaded not guilty to the charge. The charge is related to an April 24, 2016, incident in which four Los Angeles County Detention Service Officers (DSOs) allegedly beat a non-combative 17-year-old probationer housed at Barry J. Nidorf Juvenile Hall in Sylmar, CA, while a fifth officer looked on. Cano is allegedly that supervising officer who oversaw the beating.

This far, Cano is the only person who was arraigned Wednesday. But LA County Probation sources have confirmed that two other probation officers are also being charged.

The other two “were ordered to appear in court as well,” said a probation spokesperson in a statement. But as of this writing, the remaining two are not in custody. Of the three employees charged, two are no longer employed by the Department, and the third is on leave.

In July of 2016, WitnessLA broke the story of the beating of the reportedly non-combative 17-year-old probationer.

Cano, who appeared to be overseeing the beating, was reportedly the facility’s “Officer of the Day,” meaning he was akin to a watch commander at a police or sheriff’s station. He was the person in charge of the facility.

WitnessLA obtained a copy of the 4:18 minute video and it makes for very disturbing viewing. We did not post the video itself as it involved a minor. But, we posted a series of intentionally blurry screenshots that at least give an idea of what the recording depicts. You can find those photos here.

Chief Probation Officer Terri McDonald issued an unusually strong statement following Cano’s arraignment: “The L.A. County Probation Department is fully cooperating in the investigation of allegations filed against probation officers accused of using excessive force against a juvenile detainee at the Barry J. Nidorf Juvenile Hall in Sylmar. It is our goal to identify the circumstances contributing to this incident, ensure those responsible are held to justice, and fundamentally reform the system. The vast majority of our hard-working employees consistently demonstrate their commitment to our clients and our communities, but we will hold accountable those who do not uphold the Department’s values. The Probation Department will not tolerate abuse of those in our charge.

“One of the employees surrendered to authorities today and the other two were ordered to appear in court as well. Of the three employees, two are no longer employed by the Department, and the third is on leave. Since this incident came to light, the Probation Department also has initiated a sweeping internal investigation that has turned up seven other force incidents at Barry J. Nidorf Juvenile Hall in which employees appear to have acted outside of policy by using unauthorized or excessive force, being misleading/untruthful, or both. The Department is pursuing administrative action against employees involved in these incidents. Much of that action is pending and the Department cannot comment further on it at this time.

“In addition to holding staff accountable for their unacceptable actions, we also are revamping our systems of training and accountability to ensure that we have adequate check-and-balance systems in place.

“There are literally thousands of people who carry out the mission and vision of the Probation Department compassionately, courageously, and professionally every day. They are the ones who represent this organization. The unacceptable and intolerable actions of a few, who will be held accountable, do not reflect the commitment of the many.”

In a statement about Wednesday’s charge, District Attorney Jackie Lacey commended the Probation Department for referring the matter to her office and being cooperative with the investigation.

“The Probation Department’s current leadership has demonstrated a commitment to reform and accountability,” Lacey said.

In court on Wednesday, prosecutors reportedly asked for a bail of $30,000 to be set for Cano, but the defense push for Cano to be released on the defendant’s own recognizance. The judge sided with the defense.