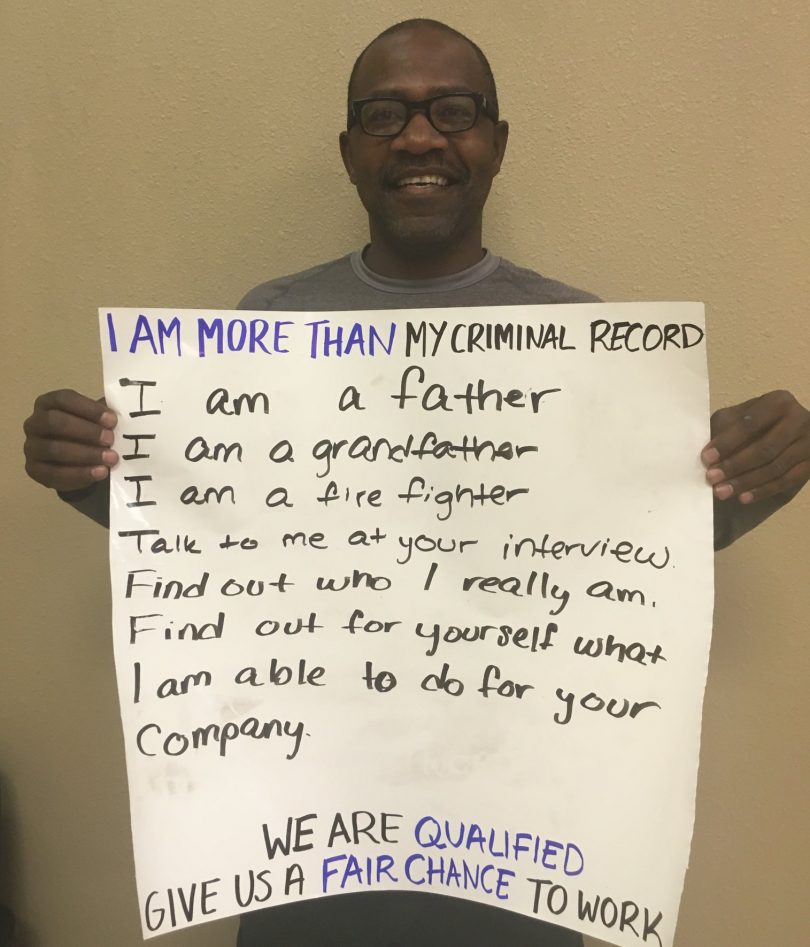 This week, the LA County Board of Supervisors passed three different and potentially important motions, each designed to help either adults or kids who are facing daunting barriers to their future employment success.

The first two motions are aimed at giving LA County residents with arrest and conviction records “a fair chance” at employment.

In California, it has been estimated that nearly one in four adults has an arrest or conviction record. In other words, involvement in the criminal justice system and/or incarceration is no longer an exceptional occurrence in the lives of Californians and their friends and families.

A criminal conviction, whether in involves being locked up or not, or even a felony arrest that does not result in a conviction, can have devastating socioeconomic consequences.

These first two motions hope to help with those barriers.

One motion, authored by Board Chairman Mark Ridley-Thomas and co-authored Supervisor Hilda L. Solis, calls for crafting “fair chance policies” for those who apply for LA County government jobs.

With more than 100,000 workers, Los Angeles County is the region’s largest employer, which makes this motion a potential big deal.

“We simply want to provide a ‘fair chance’ to everyone who aspires to become a good citizen,” said Ridley-Thomas. “The intent is to expand opportunities to our underserved and vulnerable constituents while creating safer neighborhoods. The motion also seeks to expand the fair chance ordinance to veterans, former foster youth, people with disabilities, the homeless, and other populations that often face barriers to employment.

The Board called for a report back in 90 days.

The second motion, authored by Solis and co-authored by Ridley-Thomas, would apply those same fair chance policies to businesses that contract with the county or operate in the county’s unincorporated areas.

“The best way to protect public safety is to help people who want to turn their lives around find a job,” said Solis. “Today’s motion will launch an inclusive stakeholder process to make LA County a leader in giving vulnerable populations a fair chance at getting back on their feet. We hope that other municipalities will follow and adopt similar policies to help these men and women have a second chance.”

When she spoke on the motions, LA County’s Chief Probation Officer Terri McDonald disputed the idea that fair chance policies are “soft on crime,” describing them instead as smart on crime.

“A lack of opportunity is actually a public safety problem because when people can’t get a job, or housing, or live in healthy communities, they engage in behavior that puts the public at risk.”

California’s recidivism rate for those coming out of prison runs 63 to 78 percent, she said. “That means two thirds of those coming out “ go back in within three years, “and one of the primary reasons is employment.”

Before the vote, a line-up of representatives from well-known community-based organizations like Homeboy Industries and The Anti-Recidivism Coalition (ARC) spoke about their strong support for the motions.

Among them was Sister Teresa Goth, who is the executive director of Francisco Homes, a non-profit that provides transitional residences to help reintegrate lifers back into society.

“As you know,” she said, “the lifers’ population coming back to the community is a very select group” that has passed a very stringent set of parole hearings “because they had a violent crime in their past.”

The average time served for the population she works with “is 27 years,” Sister Goth explained. “Their average age is 54-years old. And part of the reason they were released is because they had developed a marketable skill in prison”—things like computer programming, training to become a paralegal, or an x-ray technician. “Some have amazing backgrounds,” she said, “but although their crimes may be 30 years in the past, they are often prevented from getting the employment they are well-trained for.

Motion three of the cluster proposed that the county develop a plan for a pilot educational and vocational training program that works with the Metro Transit Authority, and other county agencies, to train and “facilitate career pathways” to prepare kids involved in the county’s juvenile justice and child welfare systems for jobs in LA County’s “transportation sector”—in other words, jobs that help to build the future of transportation of Los Angeles,” as MTA’s recruitment video puts it. The pilot program would also include a “college-readiness curriculum” along with the job training.

While the motion pertains only to a pilot program, its effect could be far reaching if the pilot is expanded, given the numbers of struggling LA youth who could could be helped.

Statistically, kids involved in either the juvenile justice or the foster care systems (or worse yet, both) are less likely to graduate from high school, less likely to go to college, and more likely to have employment problems in their adult lives.

The Department of Children and Family Services (DCFS) serves nearly 35,000 children and their families across the LA County. High school graduation rates for this population, as the motion points out, are abysmal. Only 45 percent of foster youth in California complete high school, compared with 79 percent of the general student population. Nationally, only six percent of former foster youth earned a two-or four-year college degree by age 24, and only one in two foster youth is employed by age 24. Even more alarming, one in five foster youths becomes homeless after aging out of the system.

Additionally, on any given day the County’s Probation Department supervises approximately 6,000 youth in the community and holds another 1,100 youth in its juvenile halls and probation camps. Like foster youth, data suggests that these young people have not fared well educationally.

The motion points to the 2015, Los Angeles County Juvenile Probation Outcomes Study, by Cal State LA’s Denise Herz, and her team, which found that kids in the county’s juvenile probation camps bounced between an average of eight different schools “leading to unstable educational histories,” resulting in 85% of the kids in the camps being credit deficient. A 2006 report by the Educational Coordinating Council found that Probation youth entering the juvenile halls and probation camps were performing at approximately a fifth grade level for both reading and math.

The motion also noted that national data has also found that approximately 30% of youth in juvenile justice custody report being diagnosed with a learning disability (Office of Juvenile Justice and Delinquency Prevention, 2010), a much higher rate than in the general population. Justice-involved youth are also much less likely than youth in the general population to obtain a GED or high school diploma (Center for Juvenile Justice Reform, 2012).

The pilot aims to try to break through that wall of bad stats to help kids acquire the education, training, skills, and self-confidence for a good career. Now that Measure M passed last year, the MTA is scheduled to create a staggering number of jobs—from white collar, to technical, to construction—in the coming years, so the timing on this proposed pilot is fortuitous.

The motion passed Tuesday requires a report back to the Board of Supervisors in writing within the next 90 days with an initial program design.