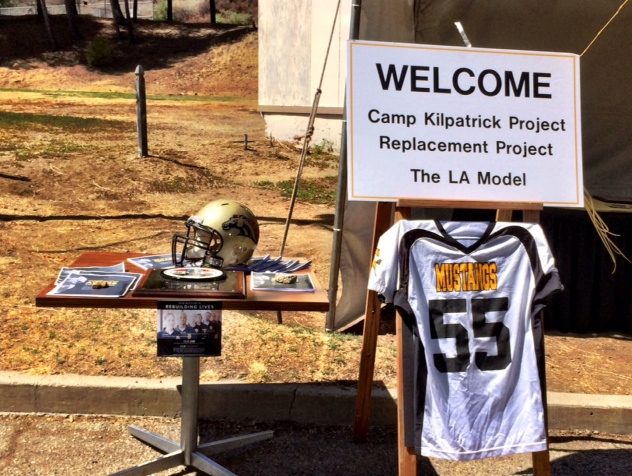 On Friday, June 30, the long awaited grand opening will take place for a new kind of juvenile probation facility for Los Angeles County.

Camp Kilpatrick, or as it is now slated to be known, Campus Kilpatrick, is designed as a pilot for a therapeutic, research-guided, “trauma-informed” environment that helps and heals, not punishes, kids who wind up in the justice system. It will be a place that emphasizes, as its planners describe it, “a culture of care rather than a culture of control.”

The governing theory behind the running of Kilpatrick is called the LA Model. And the ultimate goal, according to LA County Probation’s new leadership, is for the LA Model to eventually be “implemented at every Los Angeles County [juvenile] facility.”

We’ll have lots more about Kilpatrick in the next few days, but while everyone waits for the place to open its doors to its first 24 kids on July 3, probation has given the LA County Board of Supervisors another brand new plan, which proposes closing all but six of its 18 juvenile probation camps in the next two years, as part of the strategy to end up with only facilities that use the LA Model.

According to the “Camp Consolidation Plan” delivered last week to the supervisors (and that WLA has obtained), since FY 2012-2013 the population in the county’s youth camps has dropped 51 percent, from a daily average of 953 kids to its present number of 370 kids, with the trend expected to continue downward.

Four of the camps are already closed, one of them, Camp Scudder, a girls camp, which is closed for renovations. A fifth camp will close the day Kilpatrick opens its doors.

With this in mind, Probation Chief Terri McDonald and and her second in command, Sheila Mitchell, Assistant Chief Probation Officer over Juvenile Services, hope that closing the camps, and consolidating their functions, will allow probation to save money and resources, while gradually remodeling all the remaining five camps so that they are no longer institutional in appearance, but will have the kind of home-like bungalows, that the new Kilpatrick has.

Most youth advocates we spoke with favor the camp closings because they want to see more kids diverted to community based programs, like the LAPD/Centinela Youth Services youth diversion partnership we wrote about here.

But they also have some questions and concerns.

Putting the Girls With Boys?

One of the parts of the camp-closing strategy that has raised a lot of questions is the plan to put all of the girls still left in the camp system in Camp Kilpatrick on January 30, 2018, after the new facility has been in operation for just over six months, thus making it into a co-ed campus.

Right now there are approximately 25 girls in the camp system, which means that, as long as that number remained exactly at 24 girls or less, they could fit well into the Kilpatrick bungalow housing system.

But, because the girls in the camps come in with different needs and emotional risks, than the boys do, some worry that the co-ed idea could be problematic.

“We know that girls in the camps are three times more likely than the boys to have been sexually abused,” said Leslie Acoca, developer of the Girls Health Screen, a unique medical screening tool designed for young women, which has been piloted for three years at one of the now-closed LA County’s girls’ camps, and is scheduled to be rolled out soon to girls at the county’s three juvenile halls.

As a consequence, Acoca and others we spoke with expressed the hope that probation would enter into any co-ed situation “with caution and with a lot of planning,” so that the girls’ needs don’t take a back seat to those of the boys, for which Kilpatrick was originally planned.

The Need for More Community-Based Services for Kids

Another concern, was that, although with rare exceptions, most kids do better in skillfully run prevention, intervention, or diversion programs in the community, than in facilities like the county’s probation camps, the county has not managed to create or support those kind of needed programs.

“If we’re going to shut camps, there have to be concurrent services in the community to help kids with reentry, and diversion” explained a youth advocate with knowledge of the situation, but who asked not to be named. And we don’t have those services, he said.

Last year, two of our Annenberg reporters investigated the state of probation’s reentry programs, and what they discovered was discouraging. The county was failing kids badly after they were released from camps, juvenile halls, and other residential facilities. As a result, a large percentage of the kids came right back again within a year.

The county’s juvenile intervention programs don’t seem to be any better. The so-called voluntary probation program (that we reported on here) is, by most accounts, a dismal failure. And, after two years in operation, probation’s New Directions diversion program has thus far served, quite literally, only ghost kids.

In mid-January of this year, Supervisor Mark Ridley-Thomas with Supervisor Janice Hahn introduced a promising motion that intended to jump start a “Countywide Approach to Youth Diversion,” but we’ve not yet heard if anything firm has come of it.

So, while most believe that closing the majority of the county’s juvenile camps is a very important goal, youth advocates we spoke with urged that this goal be accomplished with careful planning, and also with input from representatives of the larger community.

When we mentioned some of the concerns to probation spokeswoman, Kerri Webb, she urged patience. “Nothing is set in stone as of yet,” she said, “as we continue developing and fine-tuning our consolidation plans.”