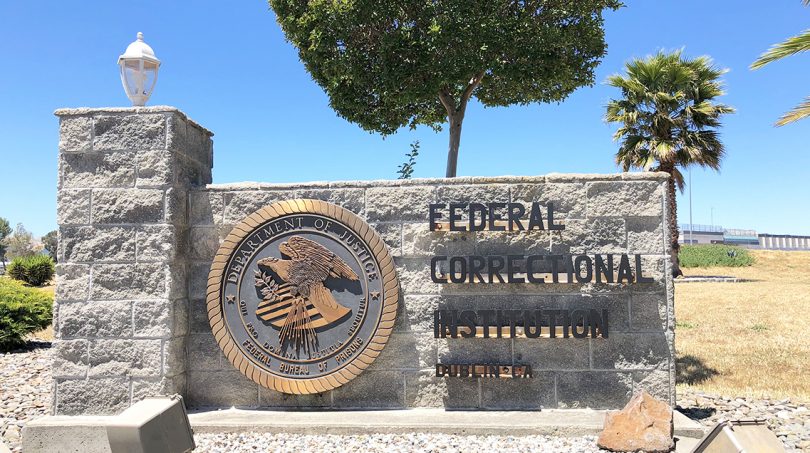 FCA-Dublin via U.S. Bureau of Prisons

This week James Theodore Highhouse, a  corrections worker and chaplain, working at FCA Dublin, a women federal prison located north of San Jose and south of Oakland, CA, was charged with sexually abusing an incarcerated woman in residence at the facility.

Highhouse, who is accused of five federal offenses, brings the number of staff members at FCA Dublin charged with sexual abuse to four.

According to the charging documents filed yesterday, January 18, 2022, Highhouse engaged in a variety of coercive sexual acts with a resident of the prison, between the middle of May, 2018, and early September, 2019, then later reportedly lied to various federal officials, including FBI investigators and members of the Department of Justice Office of the Inspector General (DOJ OIG).

As mentioned above, Highhouse is one of four corrections officers working at FCA Dublin to be charged with sexual abuse of incarcerated women in the facility.

The most notorious of the other three cases is that of Ray J. Garcia, the prison’s now ex-warden.

Here is Garcia’s case in brief.

During a period beginning in December 2019 through early 2021, when the prison went into lockdown due to COVID, then warden Garcia, allegedly raped and otherwise sexual abused at least one incarcerated woman, and also allegedly coercively abused a second woman, according to several federal documents WitnessLA reviewed.

Garcia also reportedly told the victim—known in charging documents as “Victim 1″—that it would do her no good to report their sexual encounters, as he and the head of the prison’s Special Investigative Services (SIS) were “close friends.”

The former warden reportedly also told Victim 1 that he liked “convicts” because “they do not go to the cops,” that he could not be fired, and that she could not “ruin” him.

Victim 1 told the FBI that she didn’t trust that she could safely complain of to any of FCA-Dublin’s corrections officers.

It was in July 2021, that Victim 1’s attorney finally approached federal investigators and told them of his client’s account being sexually abused.

As a result of this report, the FBI and the DOJ OIG began an investigation.

To date, several other staff members at the prison are reportedly still being investigated.

The last two years have not been a good ones for the Federal Bureau of Prisons (BOP).

For example, the period has included such incidents as the harrowing story of the April 28, 2020, death of Andrea Circle Bear, a pregnant woman locked up in a federal facility on a comparatively minor charge who, as WitnessLA reported, became the first female federal prisoner to die in custody due to the COVID-19 virus. According to staff whistle blowers, her death was the needless outcome of carelessness and mismanagement.

Earlier this month, Michael Carvajal, the director of the BOP, resigned from his position at the top of the nation’s prison system, after dealing with a barrage of criticism of his leadership of the agency, which included a list of ways the BOP mishandled the safety of both staff and residents during the COVID crisis.

According to the latest numbers, right now 8,946 residents of BOP facilities and 1,233 BOP staff have confirmed positive test results for COVID-19 nationwide.
Since the pandemic began, 279 BOP residents and 7 BOP staff members have reportedly died of COVID-19.