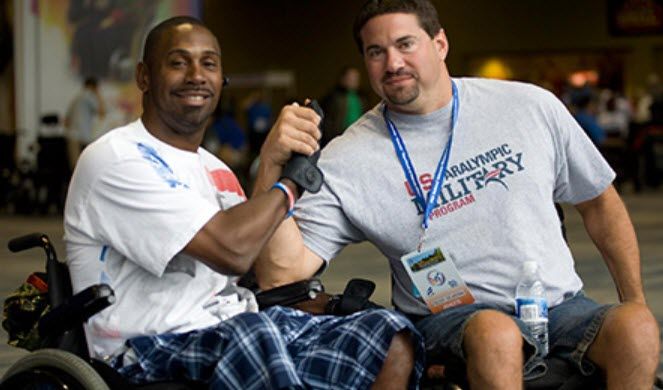 Here are a few literary thoughts to honor our veterans, and all that we owe them.

We’ll begin with an excerpt from Tim O’Brien’s The Things They Carried, written about fighting in the Vietnam war. All these years later, there are few more essential books on the topic.

“To generalize about war is like generalizing about peace. Almost everything is true. Almost nothing is true. At its core, perhaps, war is just another name for death, and yet any soldier will tell you, if he tells the truth, that proximity to death brings with it a corresponding proximity to life. After a firefight, there is always the immense pleasure of aliveness. The trees are alive. The grass, the soil—everything. All around you things are purely living, and you among them, and the aliveness makes you tremble. You feel an intense, out-of-the-skin awareness of your living self—your truest self, the human being you want to be and then become by the force of wanting it. In the midst of evil you want to be a good man. You want decency. You want justice and courtesy and human concord, things you never knew you wanted. There is a kind of largeness to it, a kind of godliness. Though it’s odd, you’re never more alive than when you’re almost dead. You recognize what’s valuable. Freshly, as if for the first time, you love what’s best in yourself and in the world, all that might be lost. At the hour of dusk you sit at your foxhole and look out on a wide river turning pinkish red, and at the mountains beyond, and although in the morning you must cross the river and go into the mountains and do terrible things and maybe die, even so, you find yourself studying the fine colors on the river, you feel wonder and awe at the setting of the sun, and you are filled with a hard, aching love for how the world could be and always should be, but now is not.”

― Tim O’Brien, The Things They Carried

“He ran as he’d never run before, with neither hope nor despair. He ran because the world was divided into opposites and his side had already been chosen for him, his only choice being whether or not to play his part with heart and courage. He ran because fate had placed him in a position of responsibility and he had accepted the burden. He ran because his self-respect required it. He ran because he loved his friends and this was the only thing he could do to end the madness that was killing and maiming them.”

― Erich Maria Remarque, All Quiet on the Western Front

“One nation, two weeks, eight American heroes, though technically there is no such thing as Bravo squad. They are Bravo Company, second platoon, first squad, said squad being comprised of teams alpha and bravo, but the Fox embed christened them Bravo squad and thus they were presented to the world. Now, here at the tour’s end, feeling soft, sated, bleary, under-rested and overproduced, Billy grows sad and nostalgic for the beginning. They were hustled onto a C-130 in the middle of night and took off from Baghdad in a hard spiraling scrooge. Shroom was with them, in a flag-draped coffin at the back. For the entire flight to Ramstein a couple of the Bravos were always sitting with him, but it’s the others who Billy thinks of now, the twenty or so civilians of various shades and accents who joined them for the ride. Not spooks — they were too plump for that, their smiles too heedless of the woes of the world, and as soon as the plane was airborne those guys were partying hard. Good whiskey, music blasting from a dozen boom boxes, a forest of Cuban cigars set ablaze — the fuselage quickly filled with a witches’ brew of smoke. It turned out that they were gourmet chefs. For who? The men just smiled. “The coalition.” They were French, Romanian, Swedish, German, Iranian, Greek, Spanish, Billy could discern no pattern or meaning in their nationalities, but to a man they were friendly and more than generous, eager to share their booze and smokes with soldiers. Evidently they’d made a lot of money in Iraq. One of theSwedes opened his calfskin attaché case and showed Billy the gold stash he’d acquired in Baghdad, several pounds’ worth of chains and ropes and coins, of such purity that they glowed more orange than gold. There amid the cigar smoke and rollicking laughs Billy had lifted one of the chains, testing it for heft. He was nineteen years old and had no idea that his war contained such things, and what a damn shame for him and the rest of Bravo that it has not been won in the two weeks since.”

And one more thing: Emmylou Harris wrote the song in the video below with the help of Guy Clark. We’ve posted versions of the song before. But today seemed like a good day to post it again. Harris wrote it for her veteran dad, just after he died, thinking about all she now wished she’d asked him about his war experiences. It’s a good reminder to ask those whom you care about who have served. Now.

Image at the top courtesy of Paralyzed Veterans of America.