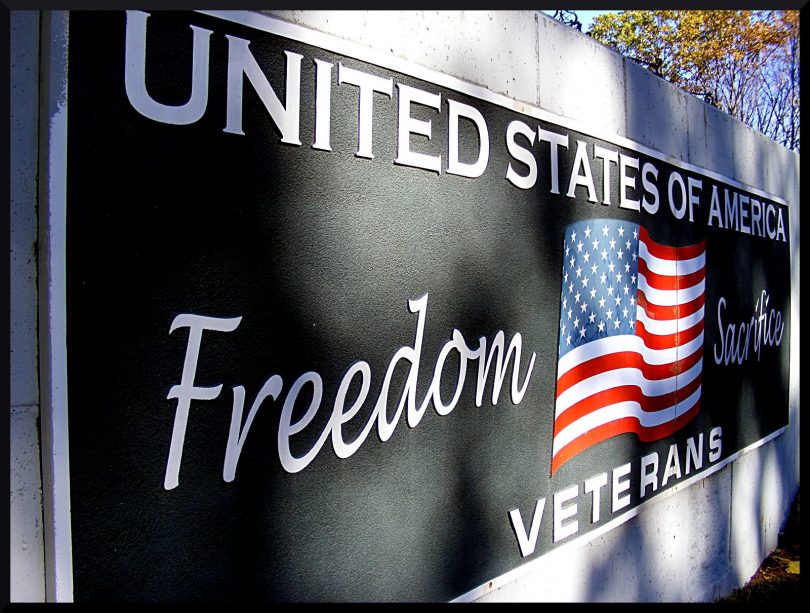 For many of the 10,000 veterans who return home to LA County from active duty each year, reintegrating into civilian life is complicated by difficulties securing housing, employment, mental health and medical care. Additionally, thousands of veterans are ineligible for Department Veterans Affairs benefits. Those who are eligible face bureaucratic hurdles and extended wait times due to understaffing at the VA.

These struggles, along with the visible and trauma-related invisible wounds sustained through their service, leave veterans vulnerable to homelessness, incarceration, and suicide.

There was an average daily population of 346 self-reported veterans in LA County’s jails in 2018, the first year that the LA County Sheriff’s Department reported data on the number of veterans in LA’s jails. Over the course of the year, approximately 1,383 veterans were booked into LA jails.

And, as of this year, approximately 3,874 of LA County’s homeless people have served in the military. Between 2018 and 2019, the unhoused veteran population dropped by 12.

Many veterans get caught in a cycle of homelessness and incarceration. (One study estimates that 30 percent of veterans in prison had also experienced homelessness.)

In May 2018, the Los Angeles County Board of Supervisors voted to create a peer-to-peer program through which trained veterans help other vets navigate civilian life. The county has also folded “seamlessly accessible” resources into the so-called Veteran Peer Access Network (VPAN), so that vets can get much-needed health care and mental health services, substance use treatment, housing, and legal services.

On Tuesday, the supes voted in favor of a motion to staff VPAN with 40 full-time employees focused on supporting vets experiencing homelessness and mental health needs in the northern and southern parts of the county, as well as 12 clinical and administrative staff members. First hiring consideration will go to veterans for these positions.

Tuesday’s motion, authored by Supervisors Mark Ridley-Thomas and Kathryn Barger, also directs the Department of Mental Health to work with Southern California Grantmakers (SCG) to form a public-private partnership to implement the peer-to-peer support system over a three-year period.

DMH and SGC are tasked with selecting five community-based organizations to create an 8-person VPAN team for each of the five supervisorial districts comprised of a program manager, two squad leaders, and five veteran peers, or so-called “Battle Buddies,” that the CBOs hire.

The motion calls for as many as 100 veteran peers to receive certification and training that will help them connect vets in the community with trauma-informed services and use their “lived experiences” to mentor and support those in need.

All-told, the three-year plan is expected to cost just over $20 million.

People in need of critical mental health services in the northern reaches of LA County will also soon be served by a new High Desert Mental Health Urgent Care Center in Lancaster. The 9,000-square-foot facility, a first-of-its-kind in the county, would be open 24/7 to meet the needs of the community.

Those services will hopefully help reduce homelessness among people with mental illness, as well as cut down on contact with law enforcement and jail time for people whose needs would be better met at a mental health urgent care.

On Tuesday, the supervisors approved the project’s $16.5 million budget.