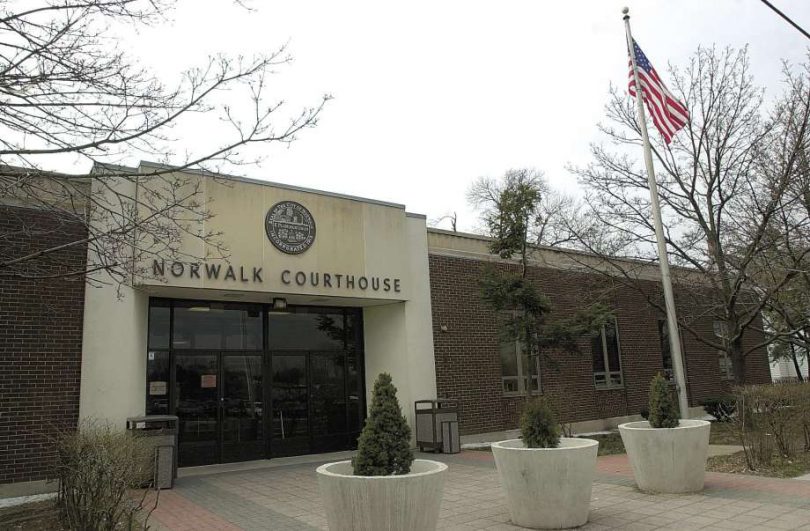 The non-fiction story below is part of a series written for WitnessLA by author and Venice High School teacher, Dennis Danziger.

The series is called The Writer.

It explores what happens when a really great, really decent, really talented kid you know is accused of doing something terrible.

Below you’ll find chapter 4: A Chistmas Wish for a Pro Bono Lawyer

(For the first three chapters, scroll to the bottom.)

Dennis is a former TV writer, a memoirist, and the author of the very funny new novel, A Short History of a Tall Jew.

A Christmas Wish for A Pro Bono Lawyer

I grew up around lawyers, good ones, ethical ones, an uncle and three first cousins, the stars of our family. My father-in-law is a lawyer, a general practitioner, who for half a century has counseled sanity and compromise over all-out combat. My brother-in-law is a litigator turned law professor who can speak passionately about the law, literature and the Cleveland Browns with equal insight, subtlety and passion.

So, despite the frequent portraits drawn in film, television and literature of lawyers as thieves in Armani suits, I know most lawyers are tough, smart, and fight like hell for their clients. This is why I was disheartened when someone close to me needed his lawyer to come out swinging, but instead paid a pile of money to a criminal attorney who took a dive.

In my two decades teaching high school English in the Los Angeles Unified School District, I’ve worked with kids of immense talent, but no one more talented as a writer than John Rodriguez, 19. But John will spend this Christmas as he did last year. In fact, he’ll spend the next 20 Christmases in state prison unless he can find a lawyer who will step forward and fight the excessive sentence he received one year ago, after one year of waiting inside a cell to receive it.

Neither John nor his family has money for such a legal battle, though he does spend time in the prison library trying to learn how to challenge his sentence.

As I said, before he was sentenced, John did have a lawyer. I’ll call him Attorney Doolittle. He charged John’s single mother, a waitress at a local diner near LAX, a $25,000 retainer, to defend her son. And he was paid.

The problem is, Mr. Doolittle did little lawyering, especially after the initial plea bargain discussion that started out with an offer of a sentence of 1 to 4 years suddenly ballooned to a life sentence. Instead of fighting for something more proportionate, Attorney Doolittle urged John to take the DA’s final offer, 22 years. Putting up a fight would have required Attorney Doolittle to mount a vigorous defense, and he knew there was no more money to collect. Of course, even if Attorney Doolittle had fought, he might have lost.

And Attorney Doolittle knows something about losing.

Just prior to defending John, due to an ethics violation, Attorney Doolittle lost his California law license for 30 days, his second such suspension. He said nothing to John or John’s mother about these black marks on his resume or about the fact that on the day of John’s arraignment in a Norwalk courthouse, he was barred from practicing law.

Knowing it was illegal for him to act on John’s behalf at the arraignment, Attorney Doolittle did so anyway.

That morning a concerned party, a lawyer who has spent his career defending the poor, attended court, and following the arraignment, met with the judge before whom he had argued many times. In chambers he presented documentation that proved Attorney Doolittle was practicing law on a suspended license; he hoped the judge would boot Doolittle off the case, return his fees, and that John’s mother could hire someone more competent, and more honest.

The judge did nothing. Evidently, like Attorney Doolittle, he didn’t think John mattered.

John was 17 years old at the time of his arrest for attempted murder.

Although John had never previously been charged with or convicted of a felony, he was nevertheless tried as an adult. His crime was a serious one.

According to John, he and his older brother decided to enjoy one last hurrah before his brother, who had enlisted in the army, reported for duty the coming Saturday. So the brothers headed to a bar for a few good-bye beers. Inside the bar, the brothers got into a scrap with two other patrons. Words, shoulder bumping, and drunken macho nonsense led the bouncer to boot all four of the guys into the parking lot. There his adversaries were joined by a group of their friends. John says this pack of guys, about a dozen, chased him and his brother across the parking and surrounded the Rodriguez Brothers’ car, trying to get inside to beat them.

There was a gun inside the car and John decided to grab it.

The bullet he fired—and according to him he fired it into the air—was meant to scare off the would-be attackers. But it instead it struck an innocent bystander in the shoulder, a young man standing by his car in the lot. After spending three nights in the hospital, the victim was released. He has physically recovered though a piece of the bullet could not be removed because it was lodged too close to his heart.

This is the way the episode went down as far as I know it from John’s mother. I have not been able to talk to John directly since his arrest.

It may be, of course, that my gifted writing student has concocted a piece of fiction to ease his conscience; it could even be that he has fired random shots from cars for years, and only this time was he caught. But John says that isn’t so, and that the videotape that shows him firing a shot—the videotape that is the heart of the DA’s evidence–does not capture what happened immediately prior to the shooting, does not reveal the mob of angry guys trying to beat him and his brother senseless. John admits to firing the gun, admits that the bullet he fired struck an innocent man. What frustrates him is that his side of the story, what led up to the shooting, was not caught on video.

What I do know is this: Everyone has a right to competent counsel and my gifted student, on the advice of what appears to have been incompetent counsel, took the plea offered. Twenty-two years.

I doubt Attorney Doolittle cares. After I wrote a letter to the court on behalf of John and asked if I could be of any further help, Attorney Doolittle did not return my calls. When I met Attorney Doolittle for the first and only time in a Norwalk Courthouse where John was to be arraigned, (that hearing was postponed), he brushed me off when I asked a few questions, and hurried to his car and to a hearing in Van Nuys.

Months later he called and asked if I would testify at trial on John’s behalf. I agreed to, but never heard from him again. He did not bother to call or have his secretary call and tell me that John took a plea and there would be no trial.

I would guess that the vast majority of people reading this are thinking something along the lines of, “Tough luck. Do something stupid like firing a gun from a car, live with the consequences.”

But what I can’t understand or accept is why the DA asked for a life sentence for a juvenile, with no priors. (At least no felony priors. John had been charged with misdemeanor vandalism at 12, but nothing since), for a crime that was not pre-meditated, for a crime in which no one was killed.

Obviously I don’t fully comprehend the laws of this land.

Still, Attorney Doolittle is paid to know those laws, and so is the Norwalk judge, and in this case they chose to ignore the law. That’s what’s been haunting me. As is the vision of another wasted life.

So for Christmas this year I thought I’d ask for a lawyer to step up, to write to me to offer to ask a few more questions. To look into the file which I have. I’d like someone to offer to read the People’s case against John Paul Rodriguez and to let me know if he or she thinks there’s any possibility for an appeal.

I hope I hear from you.

EDITOR’S NOTE: Those who wish to contract Dennis Danzigner may email WitnessLA and I will forward it on to him.

And if you missed the first three chapters, here they are: