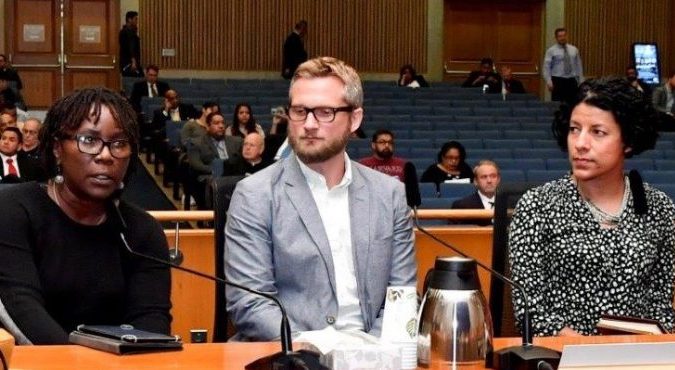 Over the past decade or so, there has been a plethora of piecemeal efforts to reform the Los Angeles County Probation Department.

But while progress has been made toward improving conditions for youth in its care and adults under its supervision, and new leadership has been hired to turn the troubled department around, challenging problems still remain.

The department has struggled with mismanagement of state dollars meant to improve outcomes for kids at risk of involvement in the county’s juvenile justice system and those held in probation camps, as well as an increase in use-of-force incidents in camps, and alleged abuse of detained kids by probation staff, among other problems.

While the probation department’s reform efforts are promising, they “need coordination,” Ridley-Thomas said at Tuesday’s meeting.

“Current efforts are fragmented, which could lead to inconsistencies,” Ridley-Thomas said. “We need a singular vision and a clear roadmap for reforming Probation, which has struggled for decades with excessive use of force by staff, mismanagement of funds, and a range of other issues.”

On Tuesday, Los Angeles County Supervisors Mark Ridley-Thomas and Janice Hanh introduced a motion that seeks to increase transparency and coordinating ongoing reform efforts at the LA County Probation Department. The motion aims to do this, in part, by working toward establishing an independent “task force” composed of “recognized experts” to monitor reforms and/or increasing the power of the existing Probation Commission to get the job done.

Over the last three years, LA’s Auditor-Controller has performed 16 audits of the department—many prompted by motions from the supervisors, that explored issues including the millions of dollars in unspent funds, problems with hiring practices, and more.

In January, the supervisors appointed Terri McDonald, who was previously the assistant sheriff in charge of LA County’s jail system, to be Chief of Probation, and Sheila Mitchell, formerly the chief of the Santa Clara Probation Department, to the position of Deputy Chief.

But, “new leadership, improved internal infrastructure, and sound reports will not be enough to transform a Department of this size and complexity,” Supervisors Ridley-Thomas and Hahn wrote in their motion.

“We have high hopes for you to usher in the department into a new era with new ideas, new models, and new successes,” Hahn said addressing McDonald and Mitchell. “But we realize that while we have high hopes for you, we might not have given you all the support that you need to realize your goals.” Hahn said that she hoped that the motion would “tie all the external reports and internal plans together,” and “establish a structure by which Probation will be held accountable to its own declared goals and professional standards.”

Among those who addressed the board Tuesday was Probation Commissioner Zach Hovover, who said that he believed MacDonald and Mitchell are worthy leaders, but “need more wind at their back. They need the support of oversight to be able to truly transform the department,” Hoover said. “We’re not interested in reform; we’re interested in a transformation.”

Probation Commissioner and retired Superior Court Judge Jan Levine also testified in favor of the motion. “Current reform efforts are important and laudable, but insufficient,” Levine said. “There must be continuous outside oversight of the Department by an independent body to ensure transparency, updating of policies, ongoing review of budgets and spending, continued tracking of outcomes, and the creation of a forum for families and other stakeholders to participate in an ongoing two-way exchange of information about policies and practices.”

Moreover, “continuing to depend so heavily on the [Auditor-Controller] to monitor this range of issues has not proven to be effective and exceeds the scope of the A-C’s mandate,” the motion stated.

The motion seeks to create a new task force and/or modify the current Probation Commission to better coordinate reform recommendations and plan their implementation.

The motion would direct the county’s CEO, in consultation with County Counsel, Probation Chief Terri McDonald, and others, to report back to the board in 45 days with recommendations for creating an independent entity to “synthesize existing reports, efforts, and recommendations focused on transforming the Probation Department (Department), develop an Implementation Plan (Plan), and monitor ongoing and long-term Department reform efforts and operations.”

Supervisor Sheila Kuehl, who asked that the motion be continued for three weeks, expressed concern that too small of a group of people—the CEO, County Counsel, the head of Probation, the Executive Officer, a representative of the DA’s Office, and a union official—would design the probation oversight. The motion did not mention the public hearings that were helpful in developing oversight for other county departments, Sheila said.

The supes are expected to vote on the motion in two weeks, on October 17.

“I look forward to moving ahead to create a Probation Department that professionally and compassionately leads our citizens towards productive lives in our communities,” Janice Hahn added.