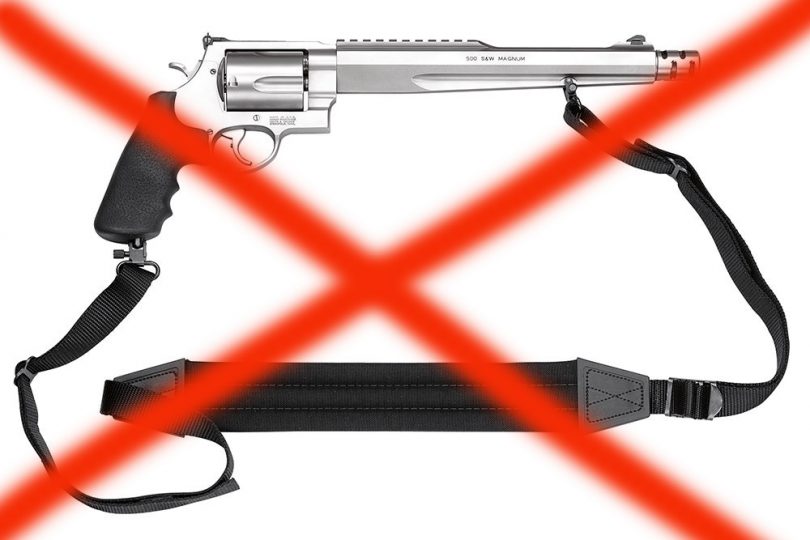 Specifically, the Kuehl and Ridley-Thomas-sponsored motion asks County Counsel to give the board a “confidential” legal analysis within 60 days regarding what kind of “regulatory options” are available to the county, and if such regulations would be likely to “withstand legal challenges.”

The motion also proposes creating an Office of Violence Prevention that would lead Los Angeles in the development of a countywide violence prevention strategy.

The four possible regulations listed in the motion are the following:

a) Additional restrictions on the sale or possession of firearms by minors or individuals under 21 years of age;
b) A countywide ban on 50 caliber handguns;
c) A strengthening of safe storage requirements, and
d) New zoning regulations that would create a buffer zone between gun vendors
and sensitive areas (e.g., schools and daycare centers).

In case you’re unfamiliar (as we were) with the county’s ability to regulate gun use, Article XI, § 7 of the California Constitution provides that “[a] county or city may make and enforce within its limits all local, police, sanitary, and other ordinances and regulations not in conflict with general laws.”

Under this provision, a local government’s “police power” is as broad as the state Legislature’s power, which means that a city or county may act to protect the welfare of its residents, which includes the power to regulate firearms.

The motion has in mind for LA County to exercise this power a bit more.

There often are challenges to the local municipalities’ regulation. For instance, last summer gun advocates brought their challenge to Los Angeles and San Diego’s tight rules on who can get conceal carry permits to the U.S. Supreme Court, but SCOTUS declined to hear the case, sending it back to the 9th Circuit, which had already upheld the two counties’ rules. (Only Justices Clarence Thomas and Neil Gorsuch dissented.)

Not surprisingly, part of what led Ridley-Thomas and Kuehl to draft the motion was the recent terrible shooting at Stoneman Douglas High School in Parkland, Florida, that resulted in the deaths of 17 students and teachers.

“Gun violence destroys lives, families and communities,” the two supervisors wrote in their motion. “Youth have spoken up in Florida and here at home. Thoughts and prayers are not enough and Los Angeles County must do better.”

On the other hand, Kuehl and Ridley-Thomas make the point that, while the mass shootings at Parkland, Aurora, Los Vegas, Newton, San Bernardino, and other American towns and cities, “capture our attention and break our hearts,” these high profile massacres, however devastating, “represent only a small fraction of the true devastation that gun violence wreaks on our nation. Every year we lose 33,000 of our loved ones to gun violence in America, including 1500 children.”

And in LA County, the supervisors’ write, guns kill at least three people every day. Around one of those three people, statistically speaking, will be a suicide.

Actually, the board has been thinking about making LA County’s gun regulations tougher for a while.

In December 2015, a few days after the deadly attack on county public health department staff in San Bernardino, Supervisor Ridley-Thomas introduced a motion asking for a report that would look into recommendations of new gun violence prevention regulations that the county might adopt.

The report, which was delivered to the board in June 2017, listed “constitutional gun control regulations” that other counties and cities across California have successfully adopted, which are stronger than those we have in LA County.

The 2017 report also returned with the news that, although the county had a variety of violence prevention efforts, these initiatives are scattered over various departments, which makes them cumulative far less effective.

As it stands, concluded the 2017 report, LA County does not have the proper “infrastructure” to appropriately coordinate its existing programs to make them better add up to more than the sum of their parts, so to speak.

“Too often, these programs are disjointed and the County misses opportunities to better leverage the work that we are already doing in vulnerable communities,” warned the report.

Just under two weeks ago the supervisors voted unanimously to explore options for expanding one of the county’s existing violence programs. The program, called START (School Threat Assessment and Response Teams), was launched in 2009 to prevent school shootings in LA schools.

START is just one of many standalone programs the county runs. There is also the Parks After Dark program which is aimed at, among other things, combatting gang activity. And there is the Violence Against Women program, the Trauma Prevention Initiative, and more, few of which interact with each other, but instead mostly exist in separate silos under different county agencies.

The motion also expressed the hope that such an office will help the county “identify the gaps in our current array of violence prevention programs.”

The motion comes at a time when LA County residents have been reminded twice over of the terrible cost of gun violence, in the course of a single weekend.

On Friday night, two different men—both of them reportedly military veterans, both said to be suffering from some form of mental illness upon returning from service—used firearms to kill four people, in two unrelated incidents.

First there was the 36-year-old Army veteran who shot three hostages and himself on Friday evening after an eight-hour stand off at a Yountville, California, veterans home, where until recently he was a resident.

A few hours later that same Friday night, 30-year-old Pomona Police Officer Greggory Casillas, who was six-months on the force, and the father of two young children, was shot and killed outside a Pomona apartment building by a man who was reportedly a military veteran who had been suffering from post-service mental distress, who shortly after 9 p.m. on Friday night barricaded himself inside his apartment, and began shooting at Casillas and another officer, wounding the second officer, killing Catillas.

Although many attempt to “portray gun violence as inevitable,” wrote the supervisors, “it is, in fact, preventable. However, effectively combatting the epidemic of gun violence that is plaguing our communities will require a multi-prong approach.”

Monday morning, Ridley-Thomas tweeted a coda to those thoughts. “We simply have to bear witness to a higher level of civility and the preoccupation with guns will never get us there.”

We’ll let you know what happens on Tuesday with the motion. So watch this space.