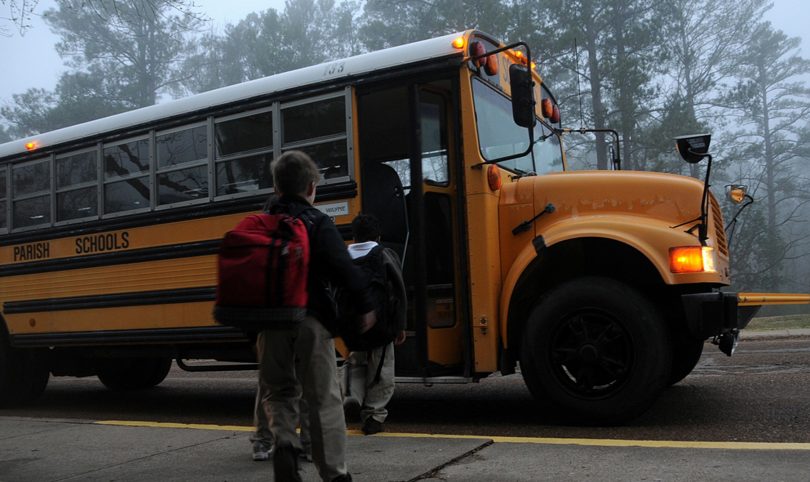 Childhood exposure to crime has been called “one of the most costly public health and public safety problems in the United States”—one that is “often neglected,” according to Michal Gilad, a doctoral researcher with the University of Pennsylvania Law School. The effects of exposure to crime and violence, whether at home, in school, or in the community, are often extremely harmful to kids’ physical and mental wellbeing, and to society as a whole, according to Gilad. In a recent report, the researcher set out to measure these negative effects, and to find out why so many kids do not have access to resources and services that would help them heal.

“Exposure to crime and violence during childhood causes heightened levels of stress and overstimulation of certain brain structures, which can lead to chemical imbalance in the child’s brain and an abnormal neurological development,” the report states. “One reoccurring finding associated with crime exposure is a disruption in the development of the brain’s major stress-regulating systems.” Research has also revealed that exposure to crime impairs abilities in young brains like “planning, memory, focusing attention, impulse control, and decision-making.”

Gilad, in her paper, said that while the effects of crime on kids has been studied, most research looks at one specific type of exposure, and often, indirect exposure is ignored.

There are a number of ways that kids can be indirectly exposed to crime: by witnessing family crime and violence, or crime in the neighborhood or at school, by having a parent that is a crime victim, or by having an incarcerated parent. Indirect encounters have similarly detrimental effects on kids’ health and outcomes.

“The effect of crime infiltrates the lives of children from countless different directions,” Gilad wrote. “Despite common misperceptions, even when a criminal offense is not committed directly against the body of the child, evidence shows that it can leave marks that are acute, and often long-lasting.”

Kids rely on their parents to protect them, and ensure all their needs are met. “Thus, when a caregiver is subjected to victimization, illicit substance abuse, or incarceration, the dependent children are often deprived of the care, support, guidance, and protection essential for their development into healthy, productive members of society,” the report stated.

In 2012, the US Attorney General’s Task Force on Children Exposed to Violence called childhood exposure to crime and violence “a national crisis and a threat to the health and well-being of our nation’s children and of our country.” But, the task force noted in its final report that kids who have been exposed to violence can heal if they are identified and quickly provided with evidence-based treatment and support.

“Without services or treatment, even children who appear resilient and seem to recover from exposure to violence still bear emotional scars that may lead them to experience these same health and psychological problems years or decades later,” the task force wrote.

Few kids exposed to crime are identified and connected with services aimed at helping them recover.

“Despite the indisputable severity of the problem, it is documented that the majority of children suffering the dire consequences of crime exposure are never identified,” Gilad wrote. “Even when identified, only a minuscule minority ever receive services or treatment to facilitate recovery.”

According to the report, researchers believed that this was caused by gaps in who was eligible for services based on the category of crime exposure involved.

Through a survey conducted across all 50 states, however, Gilad’s team revealed that the problem is not that so many kids are ineligible for services, but that families have limited access to information, that there are “deep system failures,” and poor coordination between government agencies and the organizations providing services.

Gilad’s study gathered data on the legal eligibility criteria for therapy and other resources for kids who, both directly and indirectly, experience crime. Gilad’s team sent questionnaires to state agencies (like law enforcement, child welfare, district attorneys’ offices, departments of human services, and victim assistance offices) in all 50 states and D.C., as well as organizations that specifically serve kids exposed to crime. (Only Maryland declined to respond to the questionnaire.)

But interagency coordination on the problem of childhood exposure to crime has left much to be desired, according to the survey.

The survey presented researchers with “a picture of a system in which each player on the field rarely knows what the other is doing, let alone working together towards their common goal of assisting impacted children.”

This problem of poor coordination among stakeholders, as well as a lack of uniformly used terminology, “poses a colossal hurdle” for parents looking for information and resources available to their children and families.

“Additionally, the vast majority (if not all) of the identified services and resources require the child’s parent or guardian to take initiative and actively seek and apply for the service,” Gilad said in the report. “None of the responding states has reported the existence of an effective referral system designed to identify children affected by the Triple-C Impact and to refer them to therapeutic services, for any of the categories of children included in the survey.”

Handouts should also be made available for families with information on the impacts that crime has on kids, and the importance of early intervention and treatment, according to the report.