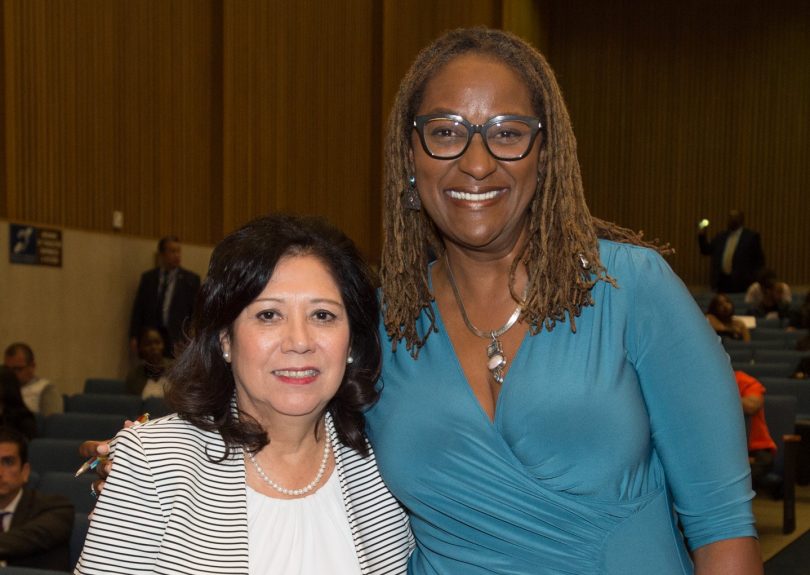 At the end of September 2018, California Governor Jerry Brown signed SB 439, a bill to ensure that kids under the age of 12 are excluded from prosecution in the juvenile court system, unless they have been accused of murder or rape. Under the bill, introduced by Senators Holly Mitchell (D-Los Angeles) and Ricardo Lara (D-Bell Gardens), local law enforcement agencies are responsible for diverting children younger than 12 from the juvenile justice system.

In California, in 2015, 687 kids under 12 (including one as young as five) were referred to the juvenile justice system for prosecution. Approximately 250 of those kids were actually prosecuted. Between 2003 and 2017, around 92 percent of the charges prosecutors filed against California kids under 12 were youth of color. The same has been true of LA County. Last year, almost all children arrested under the age of 12 were kids of color, and nearly all had a history of contact with Dependency Court.

On Tuesday, the LA County Board of Supervisors approved a motion in response to the passage of SB 439, which goes into effect on January 1. The motion, by Supervisors Hilda Solis and Mark Ridley-Thomas, focuses on boosting youth diversion efforts in order to comply with SB 439, with the possibility of taking the bill’s protections even further by raising the minimum age of juvenile court jurisdiction even higher.

The county may follow in the footsteps of Santa Clara County, which keeps kids under 13 out of juvenile lockups.

Last year in LA County, local law enforcement arrested more than 100 12-year-olds and over 350 13-year-olds. “National best-practices research has found that probation and other juvenile justice programming and practices are focused on teenagers and may not be suited for the needs of pre-teens,” the motion states. This means that even a state-of-the-art, best-practice juvenile probation camp is likely not the best environment for a child under 12 or 13.

“Everyone benefits when young people receive stability, support, and a chance to be successful,” said Supervisor Solis. “These behaviors should be seen as a cry for help, and our justice system should not respond with a heavy hand.” Solis hopes that working to meet children’s needs “in an innovative and supportive manner,” will bring stability to kids, their families, and even their communities.

“Being placed in handcuffs, courtrooms and juvenile halls can leave young people deeply traumatized, particularly children as young as 11 or 12,” Supervisor Mark Ridley-Thomas added. “We simply must do more develop alternative systems so that our children are spared the predictable and avoidable outcomes of detention and incarceration.”

The motion directs the LA County Office of Diversion and Reentry, along with Probation and other county departments, and community organizations, youths, and other stakeholders, to return to the board in 120 days with a plan for diverting younger kids from court and lockups through holistic programs and services. The motion says the plan should comply with SB 439, build on LA County’s current juvenile diversion efforts, prioritize current and pending cases that the juvenile court system will lose control over once January hits.

The plan must also establish “counsel and release” as the first response to kids under 12. Dependency Court should be the very last resort. The motion also suggests expanding on SB 439’s requirements after careful review of research and best practices.

Senator Mitchell praised the bill and the supes’ proposal to further expand the bill’s protections.

“We spent two years working on SB 439 alone, acknowledging what research tells us all–that children are not pint-sized adults, and that children who find themselves in the juvenile justice system have” often been failed by public systems, including the child welfare system and education system.
“I wholeheartedly embrace expanding the minimum age to include 12 and 13-year-olds,” Mitchell continued. “Be clear, colleagues, we settled at 11 because that was the best we could do in our California State legislature.”