At age 67, Susan Burton is a nationally known advocate for restoring civil and human rights to those who have served time. She was named a CNN Top Ten Hero in 2010 and received the Harvard Kennedy School of Government’s Citizen Activist Award the same year. The James Irvine Foundation Leadership Award followed in 2014, and more awards have followed since then. In 2017, she published her award-winning memoir, Becoming Ms. Burton: From Prison to Recovery to Leading the Fight for Incarcerated Women. 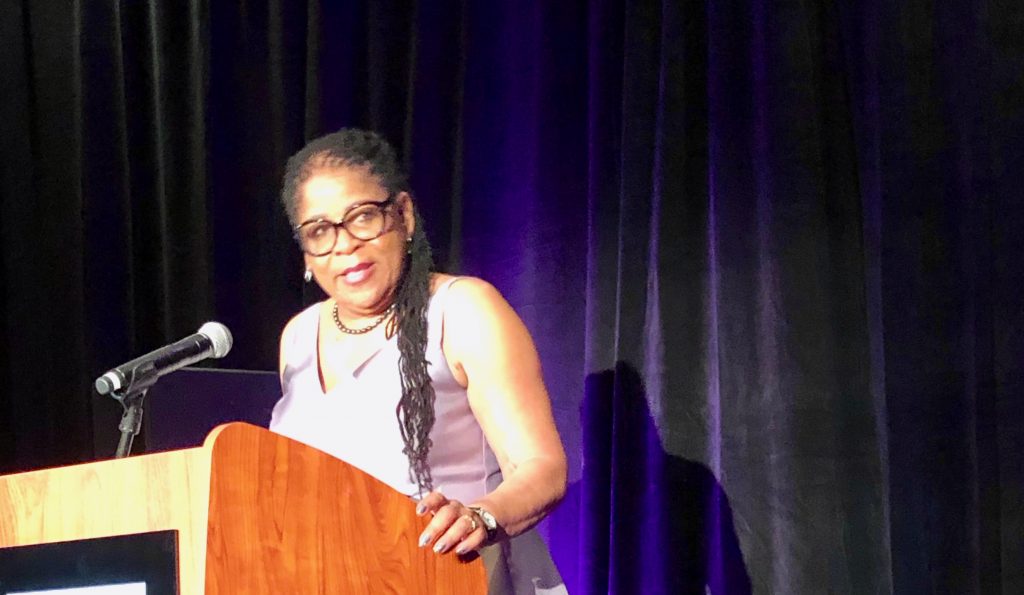 But Burton’s path to accomplishment and a life of service was a difficult one, with much grief and trauma. Raised in the Aliso Village public housing project in Boyle Heights, she endured years of emotional and sexual abuse throughout her youth. In 1981, her five-year-old son was hit and killed by a car driven by an off-duty LAPD officer. Burton tried to manage her grief and rage with drugs, which led to stays in prison on and off for 15 years. Finally, in 1997, Burton was able to find lasting sobriety at a rehab center in Santa Monica.

Observing the lack of resources available to women upon reentry from prison, Burton began taking recently-released women into her own home. In 1998, her organization, A New Way of Life Reentry Project was born. The Watts-based nonprofit now has eight “safe homes” in Los Angeles County, where women undergoing the process of reentry are able to find support with such post-prison challenges as family reunification, recovery from trauma, finding employment and securing stable housing. According to the most recent information from the organization, A New Way of Life has offered support to more than 1,100 women, and reunited more than 300 mothers with their children. 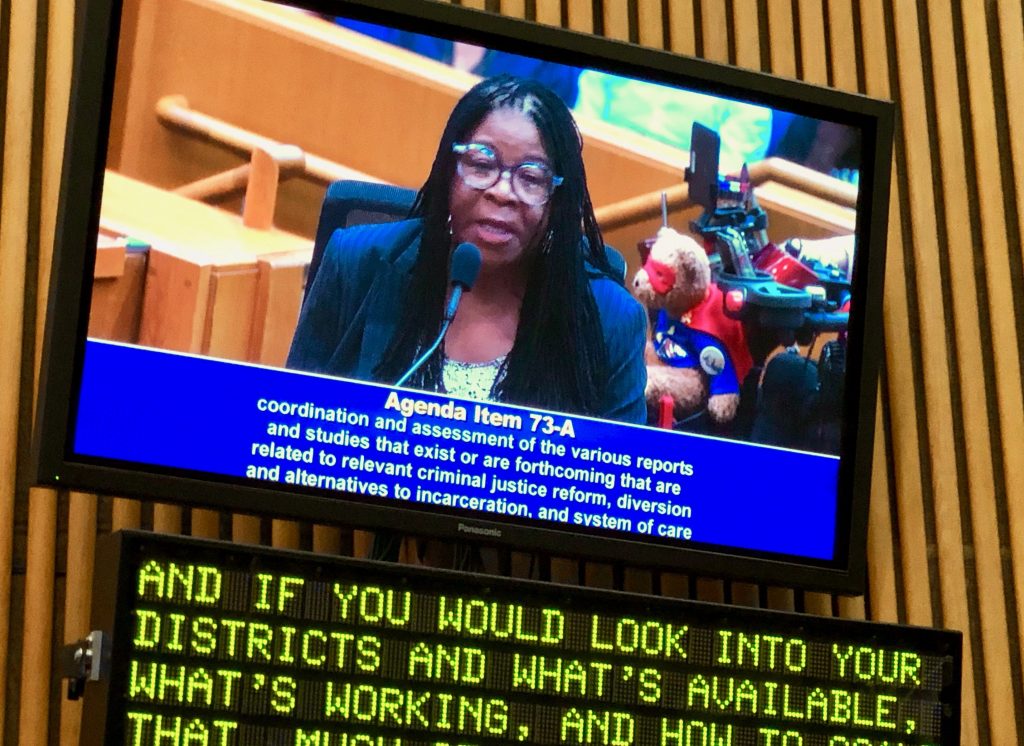 After the California Supreme Court determined Burton was eligible earlier this month, Governor Gavin Newsom issued her a full pardon on August 8, 2019.

We spoke with Burton about her pardon and her journey.

WitnessLA: This was your second application for a pardon. Did you have a good feeling this time?

Susan Burton: I felt like I would get the pardon. I felt like with all that I’ve done, there’s no disputing my rehabilitation.

WLA: There was a point in the mid-90s when you felt ready to become sober and process your past. Have you found a way to get other women to that point, or is it something they just have to come to in their own time?

SB: I think that inside of all of us, there is this desire to be the best that we can be. Alcoholism and drug addiction stand in the way of that. Having the ability to get the support to help you to find that place and sustain it is what’s so imperative, and that’s why A New Way of Life is there for women who need to find that place, and sustain their sobriety after incarceration.

WLA: When you felt called to help women with reentry, did you struggle with the idea of opening your own home to women, or did that seem natural to you?

SB: It seemed like the natural next step for me. I didn’t struggle with the idea. I understood the need and the lack of services and what having a safe place could be in terms of supporting women to sustain their sobriety and learn how to live after incarceration.

WLA: As someone who didn’t grow up with a lot of boundaries, were you worried that not having boundaries between home and work could be a problem for you?

SB: No, my main goal was to help other women not go back to prison, that was what was most important to me.

WLA: Do you have days when you aren’t able to put others first when you feel shut down by rage or grief? How do you get through those moments?

SB: I have days where the responsibility of all that’s happening can be really, really heavy. Sometimes if I look at the whole totality of what’s on my shoulders, it can be daunting. But I put it into perspective that right now, I just have to do this one thing.

WLA: What kind of tools for healing post-traumatic stress do you share with women you work with?

WLA: In your book, Becoming Ms. Burton, you emphasize the damage you endured from your mother’s emotional abuse. It’s so much easier for people to understand the trauma of physical abuse than emotional abuse, but your book doesn’t shy away from that complexity. Have you healed from those wounds?

SB: I think that both her and I healed before her passing. I was able to forgive and to understand. It’s been a part of my path, forgiveness. It’s just been a part of what I’ve needed to do in order to get on with my life. I came to realize that she had a really difficult childhood too. She gave me what she had to give.

WLA: She did the best she could?

WLA: Do you still actively work on healing from your history of grief and abuse?

SB: Healing is an ongoing practice. When I was writing the book, I woke up old wounds that I thought were not there. But they were there. I had to work on healing those. I had to go back to therapy and I had to go back to look at the events of my life. I got really, really sad as a result of writing that book…How could the world do a person, a child, like I was done? What kind of world is it that we live in? So it was something, writing the book. I thought I was all good, but I woke up, you know, I had to relive the events of my life at such a fast pace that it was real disturbing.

WLA: You wrote about a moment when you realized that your parole officer, Ms. B, was caught up in a system that diminished her too. Do you feel compassion for law enforcement in general?

SB: I do hold a level of compassion for people who are trapped in the system that is harmful not only to the people within the system, but to them themselves. But then I also have a degree of accountability for them, because some people have the ability to make a choice to be a part of something that is not good for them or the world, and other people don’t have a choice. They’re stuck there.

WLA: Do you think people today understand the connections between trauma and the path that leads to getting stuck in the system better than they used to?

SB: I think some people are making the connection. It’s like our nation is becoming woke. Our nation is waking up. They have to remove the sleep from their eyes, but they’re waking up.

WLA: What’s waking them up?

SB:  The police killings, the inability to hold accountability for what we see is murder in the street, the cost of incarcerating people, the punishment and the abusive systems that people are in, the way it’s being reported. Your paper has done a lot of that. I think these are bringing people to a place that they’re rethinking.

WLA: What do you tell people who want to help the arc of the moral universe bend toward justice?

SB:  We can use our civic power, we can vote, we can engage our policymakers, we can stand on the right side of what creates safety in our communities. We can just help someone who might need help. There are many things we can do.

This interview has been lightly edited and condensed for clarity.