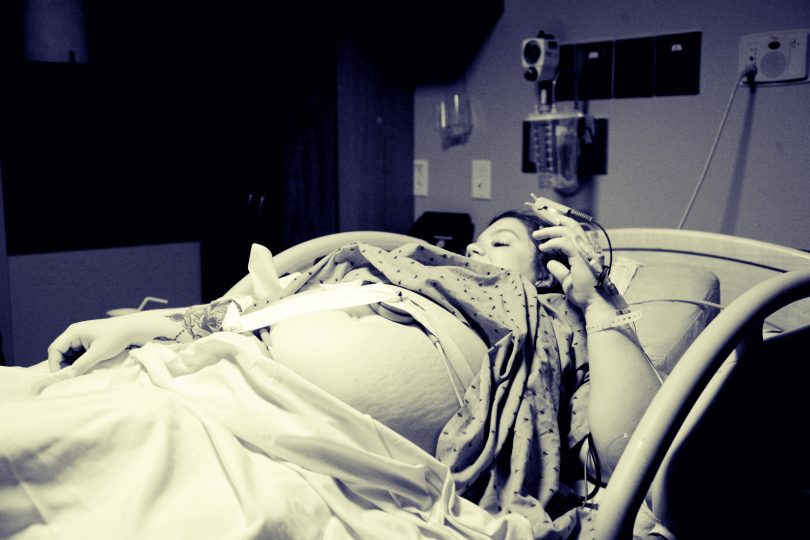 Arizona state prison medical providers are inducing labor without consent, according to three incarcerated women who had their labor induced before their due dates.

The women, incarcerated at the Arizona State Prison Complex – Perryville, in Buckeye, AZ, told The Arizona Republic that the state’s privately contracted prison healthcare providers said that inducing labor for all imprisoned pregnant people was a matter of state prison policy. In other words, they were not being induced because it was medically necessary for the health of the mother or baby.

“They said they induce everyone because they don’t want anyone going into labor here,” Stephanie Pearson, one of the three mothers, told the Republic’s Jimmy Jenkins.

The report is not the first description of risky and/or rights-violating treatment of pregnant people in the state’s prison system. Three years earlier, in 2019, the Prison Law Office and the ACLU filed a report in federal court documenting severely inadequate and negligent medical care, after touring Perryville and interviewing 25 people who had recently given birth or miscarried.

In one instance, a woman experiencing severe mental illness gave birth while sitting on the toilet of her cell at the Perryville prison, catching the baby in her hands. When her water broke days earlier, prison staff took her to the hospital. She was soon delivered back to her cell, however, where she reportedly received no medical attention until she gave birth, screaming on the toilet three days later.

Yet, experts make clear that forcibly inducing labor is not an ethical way to avoid babies being born in prison cells.

“Arizona’s insistence on incarcerating more people than their department of corrections can adequately care for is not an excuse for abandoning medical best practices and denying a pregnant woman autonomy over her delivery,” the ACLU said on Twitter.

Newly elected AZ Representative Analise Ortiz, a Democrat representing Maryville and Glendale, called the practice “abuse,” adding that it was “a gross human rights violation to strip a person of their autonomy to decide what is best for themselves and their pregnancy.”

Doctors induced Jocelyn Heffner, one of the three mothers at Perryville, during the 37th week of gestation twice, in 2020, and again in 2022 — three weeks before the 40 week mark that is considered full gestation. The other two women were induced at 39 weeks.

Generally, doctors recommend inducing labor — using medication to prompt the uterus to begin contractions for a vaginal birth before labor begins on its own — when the pregnant person is experiencing a medical issue or more than 10 days past their due date, or when there are complications in the womb, like an infection, a calcifying placenta, or too little amniotic fluid around the fetus, or some other condition that necessitates the risk of induction.

Yet, despite its growing prevalence, induction comes with its own health risks along with various post-birth downsides.

For example, in the final weeks of pregnancy, the mother passes important antibodies to the baby, whose lungs are strengthening, who is developing sucking and swallowing abilities, and who is storing fat that will help maintain body temperature out of the womb.

The mother also experiences important hormonal changes that soften the cervix so that it can dilate.

Labor is induced through a synthetic form of oxytocin called pitocin, which causes contractions more intense and frequent than would occur during natural labor. This can reduce the oxygen supply to the baby, causing a drop in heart rate.

Babies born between 37 and 39 weeks, rather than after the 39-week mark, have an increased risk of sepsis, seizures, cerebral palsy, jaundice, breathing issues, and hypoglycemia.

A history of coerced sterilization

AZ prisons forcibly inducing labor is far from the only instance in the nation of incarcerated women losing their bodily autonomy in disturbing ways.

In December 2020, women incarcerated in U.S. immigration lockups filed grievances against a gynecologist whom they said performed dozens of unnecessary procedures—including coerced hysterectomies—which were reportedly performed on at least 57 people.

Seven years earlier, in 2013, the Center for Investigative Reporting found that California’s prison doctors illegally performed tubal ligations— a type of permanent birth control in which the fallopian tubes are cut, tied, or blocked to permanently prevent pregnancy—on at least 150 people between 2006 and 2010.

The next year, the state legislature passed SB 1135 banning the California Department of Corrections and Rehabilitation (CDCR) from performing sterilizations except in the event of a medical emergency or to treat an illness — not as forced birth control.

In 2022, California launched a Forced or Involuntary Sterilization Compensation Program, offering survivors at least $15,000 in reparations each, through the CA Victim Compensation Board. The state estimated that, between individuals sterilized in various state-run hospitals and other institutions before 1979, and people sterilized in the golden state’s prisons in the 2000s, there were likely at least 600 eligible living survivors of this kind of abuse. Unfortunately, right now, with just one year left before the program shuts down, the state is reportedly having trouble finding and approving all the potential applicants who would likely qualify but are unaware of the potential compensation for the harm they experienced.