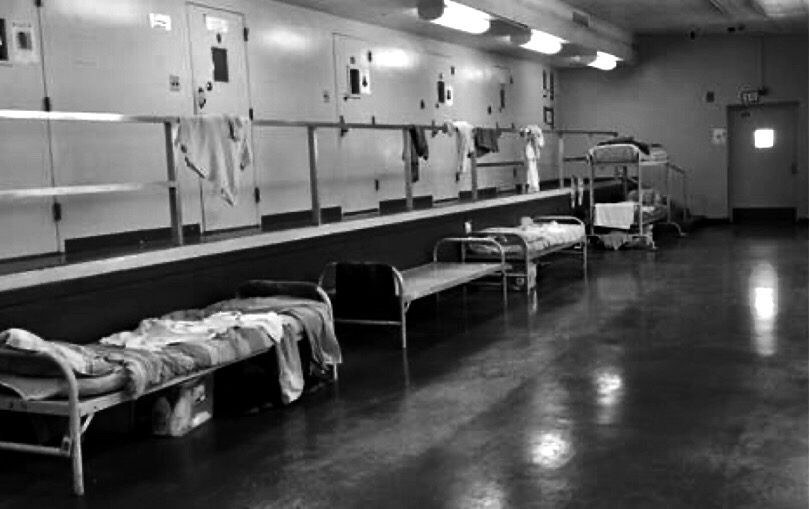 The news that the coronavirus has been spiking in youth prisons across California should be a wake-up call as Governor Newsom and state lawmakers finalize plans to close the state’s Division of Juvenile Justice. The shift is an unprecedented opportunity to make youth justice history by replacing a system that relies on incarceration and punishment with one that is racially just and supports young people to heal, grow, and stay healthy.

Last year, Governor Newsom announced plans to move the Division of Juvenile Justice (DJJ) from the California Department of Corrections and Rehabilitation (CDCR), saying the move marked “the beginning of the end of juvenile imprisonment as we know it.” In May of this year, he announced plans to shutter DJJ altogether, eliminating youth prisons at the state level and presenting us with a historic opportunity to do something different in California.

We applaud both decisions.

But young people and their allies have grown increasingly concerned that the state may fail to fully realize the promise of this opportunity by simply shifting resources from one punitive system to another. Given the governor’s plans to move funding and oversight for youth justice to counties, the state must make absolutely certain that its investments transform the way counties treat youth in their care.

Over the last several months, we have seen what happens when this is not the case: Black communities and other communities of color in California and across the country are disproportionately suffering from the effects of the COVID-19 crisis. At the same time, the police murders of George Floyd, Breonna Taylor, and so many other Black Americans have put a harsh spotlight on the systemic racism embedded in our justice institutions. California’s youth justice system is a powerful and disheartening example of inequity—fully 93 percent of youth involved with the Division of Juvenile Justice are youth of color.

Any plans to close DJJ the right way must ensure that we reduce these disparities, not deepen them. The fact is, most county probation departments across our state still prioritize jailing Black and Brown youth.

As the governor and state lawmakers continue working on plans to transform youth justice in California, it is critical to ensure that resources go to proven community-based solutions that are more in tune with the developmental needs of young people, and that research has demonstrated to be the most effective approach.

It is imperative that the state make sure counties are supporting community-based alternatives to punishment and incarceration, that instead promote healing from the trauma that young people face in their communities and in confinement. In addition, California must ensure that no funding goes to construction of new state or county detention facilities, unless counties are repurposing existing buildings to support youth development and public health.

This also means investing in rigorous data collection and reporting with strong oversight by a state agency, the Office of Youth Justice, focused on the health and well-being of young people.

California employed a similar process when it was transforming the child welfare system by establishing the Child Welfare Indicators Project, ensuring state oversight of county-delivered services.

Californians recognize the need for change. A recent Public Policy Institute of California poll shows broad support for equity in our criminal justice system. At least half of Californians across the state’s diverse regions and racial demographics view the criminal legal system as racially biased against Black people, and that percentage rises to supermajorities among Democrats and Independents. California legislators, too, are in agreement and making strides to set up counties and communities to support healthy youth development alternatives to probation.

We have successful models for trusted community-based approaches that have been demonstrated to be effective. In fact, the state can learn a lot from recent governmental actions in San Francisco and Los Angeles to shift funds to trauma-informed, culturally relevant, restorative, community-based care, not youth prisons. These counties are moving California toward the youth justice transformation that the governor has called for.

In this moment of national reckoning on race, California can lead the way in reducing the disparities in health and opportunity for Black and Brown children. Achieving racial equity in youth justice in our state would be an historic achievement. Making it happen will require strong leadership and oversight—and a commitment by the governor and his office to real change, not simply business as usual. 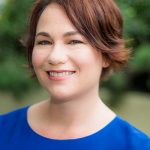 Author Shane Murphy Goldsmith is president and CEO of Liberty Hill Foundation. Goldsmith also sits on the Los Angeles Board of Police Commissioners, and is the co-chair of the California Executive Alliance for Boys and Men of Color, SoCal Region. Goldsmith is a Durfee Foundation Stanton Fellow focusing on youth justice issues, particularly on ending youth incarceration as we know it in Los Angeles. 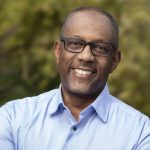 Chet P. Hewitt, president and CEO of The Center at Sierra Health Foundation

Author Chet P. Hewitt is president and CEO of The Center at Sierra Health Foundation. Prior to joining the foundation, Hewitt was the Agency Director for the Alameda County Social Services Agency, where he transformed its child welfare system into a national model. He is an Annie E. Casey Children and Families Leadership Fellow, and serves on the boards of the Roberts Enterprise Development Fund, Public Policy Institute of California, and CalNonprofits.

Top photo courtesy of Center on Juvenile and Criminal Justice