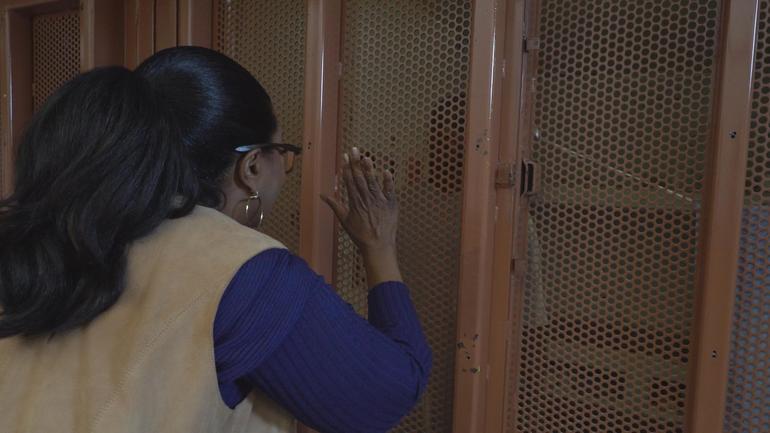 On Sunday’s 60 Minutes broadcast Oprah Winfrey reported on the use of solitary confinement in American prisons. She talked about how California is leading the way to reform of the practice, with changes in the state’s Pelican Bay Prison, which Winfrey called the most notorious state penitentiary in America.

It is a story that is very much worth watching.

“Designed and built as a ‘supermax’ facility,” Oprah began, referring to the 1989-constructed prison, “it’s been used for nearly 30 years to lock away inmates considered the most dangerous.”

As WitnessLA and others have reported, it was some of those most dangerous inmates—many of them leaders of the prison system’s notorious prison gangs, which have wreaked havoc inside and outside of the state’s correctional institutions for decades—who astonishingly managed to work with each other to organize system-wide hunger strikes, and a class action lawsuit, that led to negotiations with the California Department of Corrections and Rehabilitation (CDCR), and ultimately real change.

The lead organizers, the best known of whom were Sitawa Jamaa, Todd Ashker, Arturo Castellanos, and Antonio Guillen, were each affiliated with different prison gangs. But they came together in what became known the “Short Corridor Collective.”

The collective’s five main demands were as follows:

1. Eliminate group punishments for individual rule violations;
2. Abolish the “debriefing policy,” and modify active/inactive gang status criteria**
3. Comply with the recommendations of the 2006 US Commission on Safety and Abuse in Prisons regarding an end to long-term solitary confinement
4. Provide adequate food
5. Expand and provide constructive programs and privileges for indefinite SHU inmates, including expanded visiting, one photo per year, a weekly phone call, two annual packages, wall calendars.

Reforming the use of long-term solitary confinement was the Short Corridor group’s central demand.

When Isolation Drives You Crazy

In her report, Winfrey talked to several men who’d spent years, or sometimes decades, in the Pelican Bay SHU, which meant they were locked for 22.5 hours a day or more in a cell “which is basically the size of a small parking space,” she said, “a windowless box with a sink and a toilet.”

Moreover, the damage done by long-term enforced isolation was “at much higher levels than even I anticipated,” Craig Haney told Winfrey. Haney is a psychology professor at UC Santa Cruz whose studies of Pelican Bay SHU inmates “have become central to arguments against the widespread use of solitary confinement.”

The inmates and former inmates Oprah talked with each described their own form of damage.

There was, for example, Clyde Jackson, who’d been in the facility’s SHU for 24 years. “Your mind becomes diseased, and you start to accept the abnormal as normal,” he said of his decades in the SHU.

Following the reforms to Pelican Bay’s SHU system, Jackson was eventually transferred to the general population at Solano State Prison, near Sacramento:

OPRAH WINFREY: What was it like the first time you were taken out of the SHU and able to experience the environment?

CLYDE JACKSON: Well, Ms. Winfrey, to be honest with you, I was dizzy. It’s like being born again.

“At Solano,” Winfrey reported, “Jackson, has immersed himself in the rehabilitation programs that are now the focus of California’s prison system. The state has gone from ‘lock ’em up’ to ‘fix ’em up.'”

CLYDE JACKSON: I’m 54 years old. I’m finally in a position to get my GED.

OPRAH WINFREY: And so you’re taking advantage of everything you can?

CLYDE JACKSON: Everything that I can that I missed in the past.

OPRAH WINFREY: So tell me, do you have hope now?

Winfrey told how the pressure to change the extreme policy of isolating prisoners for so long “really began to build in 2011,” when the Short Corridor group organized the hunger strikes, and ultimately filed the lawsuit—which included more than 500 inmates, who’d been isolated for 10 years or more.

“Fearing it might lose that suit,” Winfrey said, “the state negotiated a settlement with ‘prisoner-plaintiffs’ in 2015. California agreed to stop holding inmates in solitary for indefinite terms, and to stop sending them to the SHU simply for having gang ties.”

Interestingly, Scott Kernan, who is the head of the CDCR, thus the person who might be expected to criticize the reforms, did the opposite when he talked to Oprah Winfrey on camera. The SHU system worked in some ways, he said, in reducing crime in the general prison population. But the prison gangs still remained strong, and there were the collateral effects:

OPRAH WINFREY: Why did it not work?

SECRETARY SCOTT KERNAN: It didn’t work because of the impact on the offenders.

SCOTT KERNAN: I think it does.

Later in the broadcast, Kernan talked about the effect California’s reform measures were having elsewhere in the U.S.

SCOTT KERNAN: I think across the nation, people are looking at how we house restricted offenders and are making changes to that policy.

California’s SHUs now hold 80 percent fewer inmates than just a few years ago. Some people are still sent to the SHU but, according to the CDCR, it is only for specific infractions and limited terms.

Yet Winfrey acknowledged that there are many viewers who would want to know why an inmate deserves a break:

They “would say,” she told Kernan, “‘Why does an inmate deserve hope?’ Because they are here because of a crime that they committed, and inevitably took some form of hope away from somebody.”

SCOTT KERNAN: Over 90 percent of these inmates will complete their sentence and they’ll come back out into the communities. Do you want somebody with no hope, that’s involved themselves in criminal activities, doing dope, stabbing people, or would you want a guy that comes out that has an AA degree? Has addressed a substance abuse program? Has– went to domestic violence classes? What would you want as a taxpayer and a citizen of this State?

OPRAH WINFREY: How has your own personal perception of what it means to be an inmate, a prisoner, how has that changed?

SCOTT KERNAN: When I first came in, that person was the enemy. Now, 35 years later, I don’t view the inmates as my enemy. They’re people. They’re all coming out to be our neighbors. Why wouldn’t we spend the resources and create an environment where th– when they come out, they’re better people than when they got here? I just think it makes all the sense in the world. It’s common sense.

You can see the 60 Minutes segment here. Listen here to why Oprah Winfrey chose this topic to pitch to 60 Minutes. And for a lot more about this historic battle for change, read “The Short Corridor: How the Most Isolated Prisoners in America Took on the System, and Won,” by Alessandro Camoni for The Los Angeles Review of Books. It’s well worth your time.

**EDITOR’S’ NOTE: For those unfamiliar, “debriefing” was the policy that meant many inmates in the SHU because of perceived gang membership, could only prove that they had completely left gang involvement behind by informing on other alleged gang member inmates, a practice that led to many false accusations, and often marked the inmate for deadly retaliation when they were released.