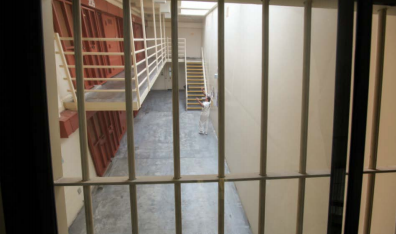 In 2015, California settled Ashker v. Governor, a historic class-action lawsuit brought by the Center for Constitutional Rights (CCR) on behalf of a group of Pelican Bay State prison inmates who had each spent at least a decade in isolation. The settlement resulted in an end to the use of indefinite solitary confinement in CA prisons.

On Monday, CCR filed a motion accusing the California Department of Corrections and Rehabilitation of violating the rights of inmates freed from indefinite solitary by finding ways to send them back to long-term isolation without due process.

In addition, last week CCR and Stanford Lab released a report revealing that inmates held in long-term solitary confinement experience serious and possibly permanent mental health consequences even after they have returned to the general prison population.

In 2011 and 2013, the Ashker plaintiffs organized massive hunger strikes protesting conditions of isolation. During the first five days of the 2013 strike, 30,000 California inmates refused food.

CCR filed Ashker in 2012, at which time there were 1100 inmates isolated in Security Housing Units (SHUs)—more than 500 of whom had been there for more than 10 years.

Back in 1993, a social psychologist named Craig Haney studied the effects of isolation on mental health by conducting interviews with prisoners locked in solitary confinement in Pelican Bay State Prison.

When Dr. Haney returned to Pelican Bay to interview inmates as part of a report for the 2012 class action lawsuit, he was shocked to find some of the same inmates that he had met 20 years before still languishing in solitary confinement.

In 2012, seventy-eight prisoners had been in the SHU for more than two decades, spending 22.5 hours in tiny, windowless cells without the ability to have visits or phone calls or participate in programs.

Of the 1,557 total inmates whose indeterminate confinement was reviewed by prison officials between October 2015 and October 2016, the state approved 1,532 for transfer out of isolation.

However, in a new motion to extend the court’s monitoring of the Ashker settlement by one year, CCR has accused the CDCR of misusing “unreliable confidential information” to send members of the class-action lawsuit back into isolation.

In addition, part of the settlement, the CDCR created a “Restricted Custody General Population Unit” to be used to temporarily house members of the lawsuit for whom a return to the general population would be a danger to their safety. Inmates in the RCGP unit were to receive increases in socialization and programs, similar to the general population. Instead, the unit has served as a “purgatory” according to one CA prison official. Inmates in the unit are still indefinitely blocked from family visits, prison jobs, and education programs. And there is no way for them to earn their release.

The CDCR’s current use of the unit amounts to a constitutional violation, according to CCR.

The motion also challenges the CDCR’s use of “old, constitutionally infirm, gang validations” used to keep inmates from a fair chance at parole.

“Each of these three, distinct violations requires extension of the court’s jurisdiction over this matter,” the motion states.

Moreover, after the lawsuit was settled, hundreds of the class members were transferred to Level IV security prisons, where they are held in conditions similar to the solitary confinement they experienced before. In fact, many of the men are spending just as many hours per day—or even more time—in isolation than when they were in the SHU.

Effects of Prolonged Isolation Devastating, Even After Return to Gen Pop

This year, CCR also invited members of the Stanford Lab to again interview inmates represented in the class action suit, in order to determine if (and what) negative psychological effects remain after release from indefinite solitary.

The interviews revealed that most of the inmates suffered “severe psychological disturbances with lasting detrimental consequences as a result of their experience in SHU.”

Those interviewed also reported serious problems with socialization, as well as cognitive issues, including difficulty concentrating, and impaired memory.

Inmates reported anxiety and paranoia in response to the “chaotic” environment of general population, overwhelmed by activities, noises, and interactions with other people after spending more than a decade alone.

One inmate said the return to gen. pop. was “like going to Mars.”

The experience was like “taking a kid from a baby pool and throwing him into the ocean,” another inmate said.

“Color was overloaded at first,” said a third prisoner. “I had to readjust. [It’s a] joy and pleasre to be outside, to see color again.”

In addition, inmates reported lasting medical problems after their time in SHU. The report attributes the problems, like joint problems, chronic pain, and vitiglio, to the conditions of the SHU, including minimal exercise and confinement to a small space.

The report also pointed to an “absence of effective transition program” for inmates leaving indefinite isolation.

Just under half of the inmates pulled from solitary were chosen to participate in the CDCR’s “Step Down Program,” which intends to lead participants out of gang-involvement. These inmates had to complete the four-part program in order to leave the SHU. Participants told researchers that the program was “unhelpful and disingenuous,” according to the report. Some class members said they benefited from the tools like “cognitive restructuring,” as part of the step down program.

But prisoners also said they did not receive supportive services to help them mitigate “distress related to the overwhelming nature of the transition to GP from SHU.”

The report recommends that the CDCR offer former SHU inmates occupational, educational, and social programs, as well as emotional and psychological services “in the form of independent psychiatric care and/or peer-led or peer-facilitated support groups.”

The report also recommends psychoeducation to teach inmates about trauma and to help them “normalize distress,” and manage their post-SHU symptoms.