It turns out everyone is a “progressive prosecutor.” Even when they are not. District attorney candidates are cannibalizing the trendy new liberal designation of “progressive” with paper policies that often do not match the reality, and no one is pushing this through-the-looking-glass notion of progressivism harder than Los Angeles County District Attorney Jackie Lacey.

In a recent op-ed, Lacey argued that “the criminal justice system needs to better treat people living with mental illness.” She’s right about that. But her column — and subsequent campaign ad touting the creation of her office’s Mental Health Division — merely pay lip service to a problem she continues to exacerbate. 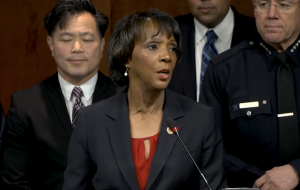 While Lacey appears intent on bolstering her credibility by trading on her personal and professional experiences with mental illness, she has failed to implement reforms that match her rhetoric. In her op-ed for the Hill, she told a story about a family member who had drug and mental health struggles, which Lacey said gave her a firsthand look at how poorly the system is equipped to deal with these problems. She described the inadequacy of jails to treat people with mental illness, noting the detrimental mental health consequences of incarceration. And she acknowledged the revolving door that exists because of the legal system’s failure to connect people with supportive services after release from jail.

These realities, according to Lacey, led her to pursue a program that offers alternatives to incarceration to some individuals with mental illness. In addition to channeling people away from jail or prison, she claims her priorities include training and funding geared toward identifying and addressing the needs of people in crisis.

On paper, this may look like a commitment to diverting the mentally ill away from cages and into treatment. But Lacey has repeatedly failed to deliver.

The truth is that few officials are responsible for jailing more mentally ill people than Lacey. As we write this, there are around 5,300 individuals with some form of mental illness locked up in Los Angeles jails. According to a study released in April of this year by the LA County Department of Health Services, approximately 2,900 of that 5,300 could be safely released into community-based housing and treatment services.

Another study published by the Rand Corporation in the fall of this year found that such community diversion has led, statistically, to far better outcomes in terms of stability and lack of recidivism, than being locked up. But despite the important efforts of the County’s Office of Diversion and Reentry, the majority of those potentially eligible to live and be treated in the community instead still languish in Los Angeles’s dilapidated, overcrowded jails.

Lacey’s work on mental health and the justice system began in 2015 when she published a “Blueprint for Change,” which, among other things, promised systemic reform of prosecutorial practices. But that change somehow has failed to materialize.

In January of this year, Lacey announced the creation of a new Mental Health Division in her office. Surrounded by members of the LA County Board of Supervisors and various LA law enforcement leaders, she said she wanted her deputy DAs to “make courageous decisions and do the right thing” in cases where prosecutors could “help another human being in crisis,” rather than criminalize them.

To date, however, the DA’s office has failed to fully staff the newly created Mental Health Division, which reportedly still only employs around three attorneys, far below the 12 who are supposed to be helping to identify cases for mental health diversion. And based on what we and our colleagues repeatedly observe, the division has provided no discernable specialized training to help prosecutors shepherd people into diversion programs, reduce punitive charges and jail sentences, and facilitate successful reentry. This lack of investment is leading to long pre-trial custodial stays that further harm the mental health and treatment of the individual and enforce the paradigm that they must be punished.

It appears that, rather than teach prosecutors about the unique circumstances found in cases involving people suffering from mental illness, Lacey’s office is still encouraging DAs to fight mental health defenses. Moreover, when defense attorneys file petitions for diversion we hear of case after case where Lacey’s Mental Health Division routinely objects, citing factors that reveal her office’s poor training, lack of awareness, and continued stigmatization of individuals with mental illness.

Public defenders are particularly aware of how the Los Angeles District Attorney’s Office under Jackie Lacey still preys on those suffering from mental illness — all part of a broader office culture that prioritizes winning over justice. There are numerous cases in which individuals who have been found mentally incompetent to stand trial and are in jail receiving psychiatric care, end up facing further charges because, in their distress, they have acted out in some way related to their diagnosis.

Yet, because these crimes take place within a custodial setting, they typically carry enhanced penalties. But, as Lacey herself says in her op-ed, heaping petty charges on mentally ill people serves no purpose. It’s counter-productive, and only does further damage to vulnerable people. Knowing this, Lacey could use her discretion and simply choose not to prosecute these sorts of cases. But instead, her decision to allocate resources in this ineffective manner reflects her office’s continued dismissal of the realities of mental illness and incarceration.

While it’s evident Lacey hopes to use mental health reform to bolster her progressive credentials amid a reelection bid that has already drawn four challengers, the daily on-the-ground decisions made by the prosecutors under her leadership send a very different message. Unless something changes quickly, all Jackie Lacey’s talk of her commitment to more compassionate treatment of those with mental illness is little more than politically expedient rhetoric. 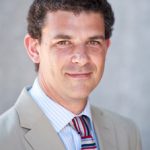 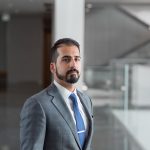