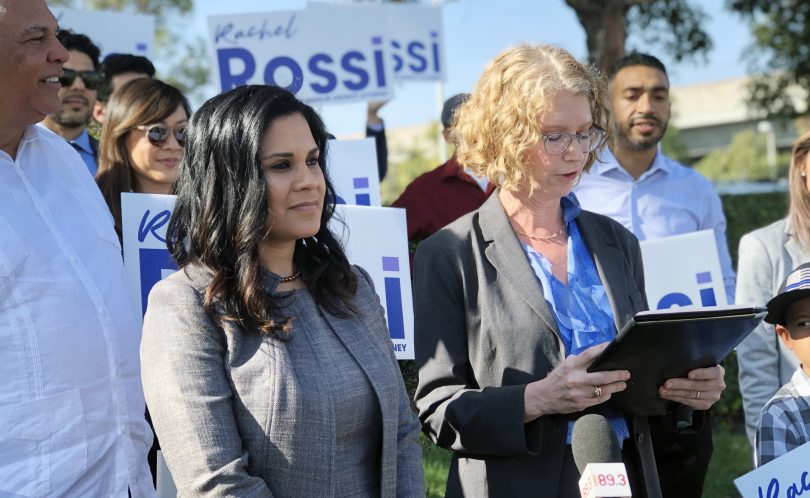 And now there are five.

At 1 p.m., on Tuesday, November 12, the Los Angeles County District Attorney’s race, which was already expected to be the most closely watched DA’s race in the nation, expanded from three candidates who are challenging LA District Attorney Jackie Lacey, to four as former federal public defender Rachel Rossi announced her entrance into the contest.

Rossi joins former San Francisco District Attorney, George Gascón, 65, who, in addition to being  also has a nearly three-decade background in law enforcement, Richard Ceballos, 57, a former defense lawyer who now prosecutes organized crime cases, and Joseph Iniguez, 33, who is a schoolteacher turned prosecutor—all of whom are positioning themselves as justice reformers. 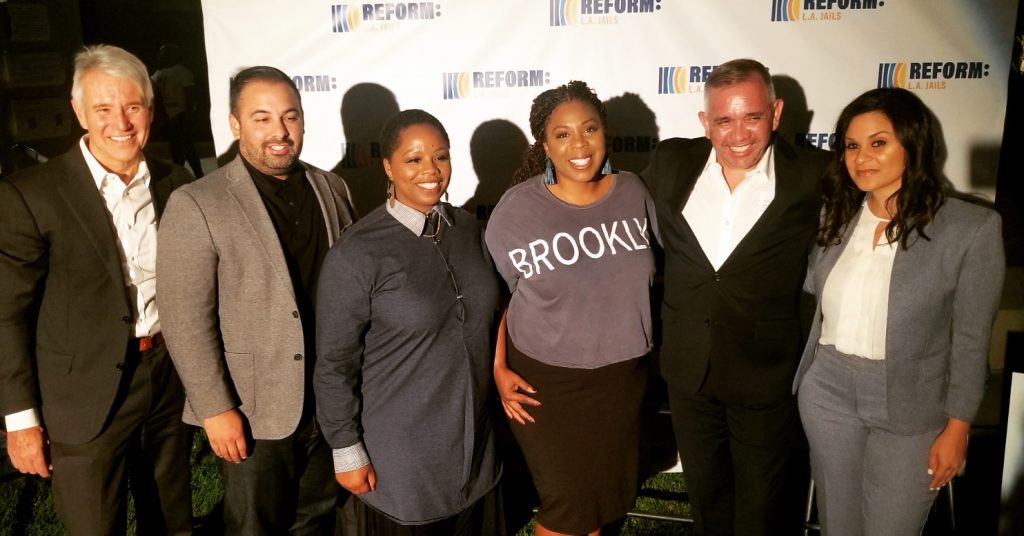 Rossi, who is 37, made her announcement in front of the Century Regional Detention Center, which is LA’s women’s jail, and arguably the largest women’s jail facility in the nation. When she spoke to the assembled media, with sign-carrying supporters behind her, she mentioned the often troubled jail as a symbolic background for her justice reform message.

When former San Francisco DA George Gascón made his announcement in late October, he and his supporters gathered at a spot across the street from LA’s massive Twin Towers/Men’s Central Jail complex, where he verbally drew a series of bright lines delineating what kind of contest he intended the DA’s race to be.

While Rossi has her own distinct style and background, she too worked to characterize the upcoming race to lead the largest DA’s office in the U.S., as a battle for much-needed justice reform.

“For too long in Los Angeles County, we have settled for an archaic vision of justice,” she said to the media who had shown up for her announcement, “rewarding convictions, celebrating years of incarceration, and ignoring the disparities among those who enter the criminal justice system.

“The role of a prosecutor historically has been to seek justice, not to seek incarceration and convictions,” Rossi told the LA Times a few days before. “I think we’ve got that wrong. LA needs a prosecutor who vigorously advocates for reform if we truly want to see a safer and more humane county.”

The view from D.C.

Most notably, Rossi was reportedly the lead staffer in drafting The First Step Act, the major bipartisan prison reform bill, supported by the Trump administration, and signed into law in December 2018.

The congressional experience was an important one for her.

This, in turn, allowed her to “think bigger,” she said. “And to envision an LA that no longer lags behind, that leads the nation in public safety, while drastically lowering our incarceration rate.”

Rossi listed many of the touchstones of progressive justice reform, such as a commitment to money bail reform, and diverting more lawbreaking Angelenos with mental health problems away from the county jail.

She also talked about the necessity of “listening to and advocating for” victims of crime.

“I would pursue equal justice under the law,” she said. “Justice should not depend on your status, your wealth, or your profession.”

Women are often hit the hardest by the inequities of the existing system and are “the fastest-growing jail population,” Rossi added. That’s why they were “standing in front of the women’s jail,” she said.

At the press event, Rossi was introduced by former two-term Federal Public Defender Hilary Lee Potashner (shown in the top photo), who described her friend and colleague as “fearless.”

“A robust series of choices”

There, the four were asked to discuss mental health diversion and the various challenges the county faces with its jail system.

Much of the purpose of the event was to call attention to the upcoming countywide ballot measure that, if passed, will give the LA Sheriff’s Department’s Civilian Oversight Commission subpoena power, and also will mandate a comprehensive jail population study be completed before the Board of Supervisors commits any more money towards building new jails.

All four of Jackie Lacey’s opponents have endorsed the ballot measure, although Lacey herself has not.

It’ll be “the most robust race” around the DA’s office “that we’ve had in a long time,” said political strategist, Jasmyne Cannick, who was present at the Saturday event. She added that she hopes voters will “take a deep dive” into the views and policies of all the candidates.

Photo at top via Jasmyne Cannick