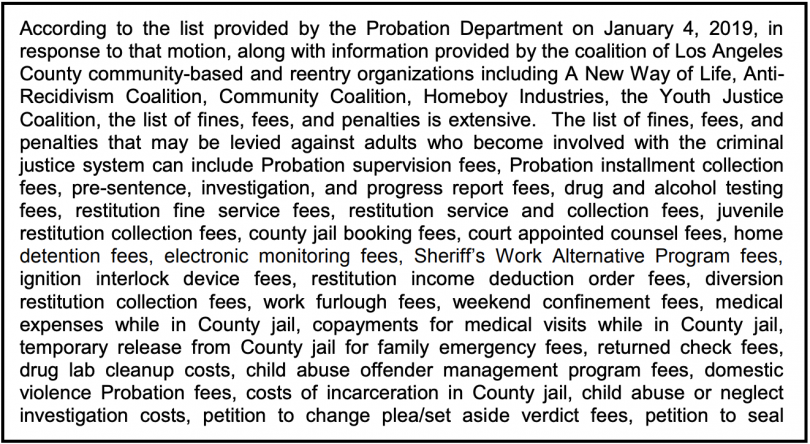 On Tuesday, the Los Angeles County Board of Supervisors unanimously voted to explore creating a youth advisory panel to give the county’s young people a voice on the policies and programs that impact vulnerable kids and families in Los Angeles.

The new “Youth Advisory Body,” would be comprised of kids who have been involved with either (or both) the juvenile justice or child welfare systems, and would include LGBTQ kids and other marginalized groups.

“Young people must have a seat at the table – whether we are reshaping our probation system, improving opportunities for foster youth, or improving access to mental healthcare at our schools,” said Supervisor Janice Hahn, who introduced the motion with Supervisor Sheila Kuehl. “Young people with lived experience are the best possible advocates for their peers. A Youth Advisory Body would finally allow us to elevate their voices and incorporate their ideas and feedback into our efforts in a consistent and long-term way.”

Supervisor Kuehl agreed that kids must be at the table at which policies and programs are implemented. “It’s so important that our policy solutions be created with, not just for, youth,” said Supe. Kuehl.

The motion directs the Commission for Children and Families and the Department of Children and Family Services (DCFS) to work with the Probation Department, the Office of Child Protection, the Office of Diversion and Re-Entry, plus other relevant county departments, community-based organizations serving foster youth and kids in the juvenile justice system, and kids involved in both those systems, to report back to the board in 120 days with a report on the feasibility of launching a youth advisory council.

“As a foster youth I am thrilled to see how far we have come and humbled to see the support that we received today,” Tiffany Boyd, a member of the LA County Commission for Children and Families who presented the motion, said during Tuesday’s meeting. “This has been a long time coming and I am thankful to be a part of the County of Los Angeles paving the way and setting the standard of what it looks like to support the foster youth community.”

The supes also voted Tuesday to evaluate the fines and fees (and even non-monetary penalties) that ensnare people who come into contact with the criminal justice system, and the feasibility of getting rid of some of those fees.

These financial burdens for the justice system-involved can include fees for a person’s probation supervision, restitution service and collection (and interest on that restitution), drug testing, jail booking, electronic monitoring, home detention, public defense, medical treatment within the county jails, substance use programs, probation revocation fines, and dozens more.

Experts say that the collection of these fees does not deter crime, but saddles low-income residents with unnecessary debt. The fees make it far more difficult for people exiting lockup to reenter their communities successfully–and far harder to meet the needs of their children and families.

A 2018 report from the California Reinvestment Coalition revealed that the state has a total of nearly 700 criminal justice-related penalties. That system, and the state’s use of under-regulated private debt collection services to collect those fees, place an outsized burden on low-income residents and communities of color, the report stated. An inability to keep up with payments can even lead to re-arrest, or delay release from probation supervision. According to that study, Los Angeles, a county that has a total annual revenue of $15 billion, pulls in less than half a percent of that money from privately collected debt.

“Collecting fees for detention undermines rehabilitation, successful reintegration into society, and public safety,” said Supervisor Hilda Solis. “It also unnecessarily increases the financial insecurity of vulnerable families … If these fines and fees are eliminated, justice-involved individuals, their families, and whole communities might have better opportunities for success, rather than a future filled with poverty, homelessness, recidivism, and incarceration.”

The motion, authored by Supervisor Hilda Solis, along with Supe. Kuehl, directs the County CEO to work with local law enforcement and other criminal justice agencies and county departments, and community members who have experienced those fines and fees, to draft a report on the issue.

The report will include a list of the fines and fees that the county has the discretion to eliminate.

Although counties intend to generate income by utilizing debt collectors, researchers found that squeezing the state’s low-income residents for cash isn’t exactly a cash cow. San Francisco was the first jurisdiction in California to do away with criminal justice fees altogether. Before that, people were charged $35 per day for electronic monitoring–$1050 per month.

Tuesday’s motion also seeks data on what impact dumping those fines will have on the criminal justice agencies that receive revenue from those fines, and a multi-year plan for getting rid of them.