A new report and accompanying fact sheet from the Center on Juvenile and Criminal Justice (CJCJ), shows that California made serious mistakes in its handling of COVID-19 in the Division of Juvenile Justice (DJJ), the state’s youth prison system.

Unfortunately, these errors in judgement continue as the state is being hit with COVID, Round 2, according to CJCJ policy analysts and the report’s authors, Maureen Washburn and Renée Menart.

As many readers are aware, at the end of September 2020, Governor Gavin Newsom signed SB 823, a budget trailer bill that will lead to the phase out and then the shutdown of the state’s troubled and violent youth lock-ups.

But the phase out won’t begin until July 2021. In the meantime, Washburn and Menart’s report shows that the three main DJJ facilities — two in Stockton, one in Ventura — are a dangerous mess, particularly when it comes to the way the state’s youth prison system has dealt with the ongoing threat of COVID-19 to health and well being of the young people in its care.

At the beginning of the pandemic, Governor Newsom wisely stopped California’s counties from sending additional kids to the state’s various youth facilities. (At the same time, Newsom also shutoff the flow of new residents to the state’s adult prisons.)

Consequently, in the youth facilities, at least, there was no outbreak for the first three months after the pandemic arrived in the state in earnest.

Then, on May 25, 2020, the governor and the California Department of Corrections and Rehabilitation (CDCR) inexplicably decided that DJJ could reopen its doors, meaning that CA’s counties began shipping kids to the state’s youth lock-ups again.  Those in the reopened pipeline prominently included Los Angeles County kids, who consistently account for around 22 percent of the youth and young adults in DJJ.

In any case, the reopening was a serious mistake. 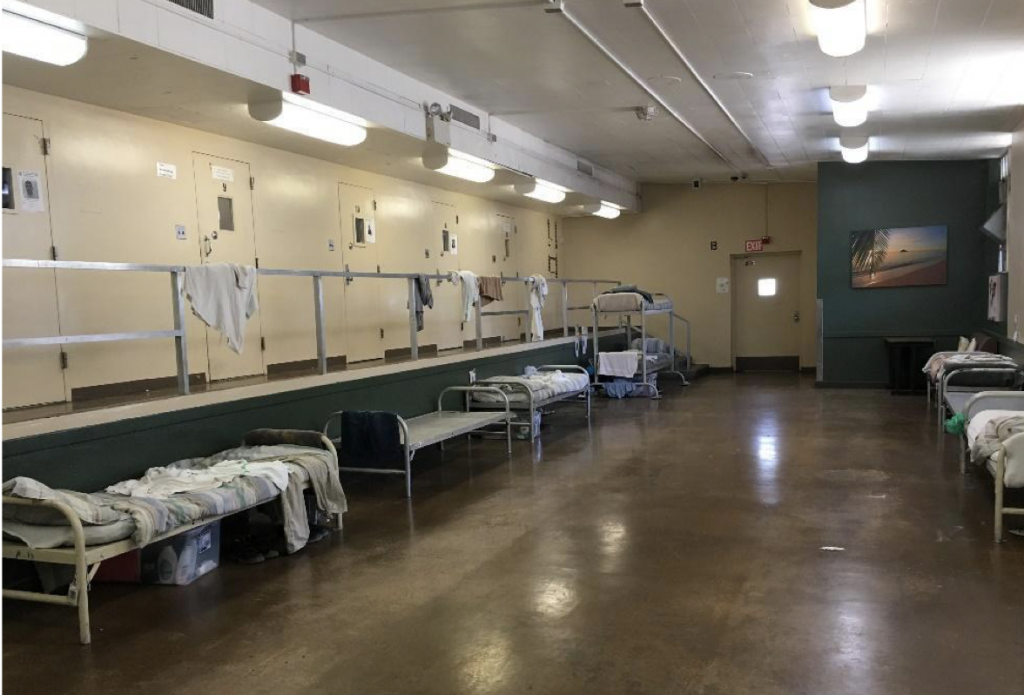 On June 14 — twenty days after DJJ threw wide its doors — the youth system got its first young person who tested positive for the virus at the NA Chaderjian Youth Correctional Facility (otherwise known as CHAD) located in Stockton.

On June 18, a second CHAD kid tested positive, followed by a third youth on June 22.

On July 17, the first youth tested positive for the virus at DJJ’s Ventura Youth Correctional Facility.

On July 30th, DJJ authorities finally got a grip on common sense and once again slammed closed the pipeline that brought the kids in the counties’ juvenile halls to the state facilities.

But it was too late.   The COVID genie was fully out of the bottle and DJJ found itself unable to control the spread of the virus.

Within two weeks of the first Ventura kid testing positive for COVID-19, 38 more kids tested positive for the  virus at the Ventura facility.  By mid-August, the number grew to more than 60 youth who had COVID-19 in Ventura.

By summer’s end, DJJ’s Ventura facility ranked sixth out of a thousand U.S. youth facilities, when it came to COVID-19 infected kids.

In all, 70 kids in the system tested positive for the virus.

Random mask use and random testing

Yet, bringing new youth from outside DJJ into the facilities was only part of the problem, according to Washburn and Menart’s report.

Once COVID-19 entered the youth prison system, it was aided in making its way through the DJJ facilities due to the behavior of many staff members who walked between DJJ units interacting with kids — all without wearing protective masks, or wearing them only intermittently.

The authors were given first hand accounts of this no-mask behavior and other forms of recklessness,  by other unhappy staff members and parents with kids in DJJ, who expressed their distress at the failure of supervisors to enforce even the basic COVID precautions.

Even some high-level administrators failed to comply with DJJ’s face covering guidelines when they visited the youth prisons, according to Washburn and Menart, thus “sending a message to subordinates that [masks] were not required.”

The CJCJ report is consistent with what WitnessLA has been hearing from our own sources.

For instance, Daniel Miranda, a 24-year-old who was released from CHAD three weeks ago, described some of careless policies he’d witnessed at the prison since pandemic began,

Miranda told, for example, of  one staff member, whom we’ll call Robert, who was displaying worrisome COVID-like symptoms that caused the youth in his unit to worry.

“He was sneezing, coughing, and sweating a lot. You could see he was sick.”

Yet, all management did was take Robert’s temperature, according to Miranda.   It turned out staff member Robert did have a temperature, so he was sent him home.

Yet, Robert was not tested.

“He came back to work the next day. And they let him inside the hall to work,” said Miranda told us.  And, no, Robert didn’t wear a mask, “and you could tell he was sick.”  A few days later,  Robert was reportedly again displaying symptoms.  This time, however, the man’s temperature was  “higher.”  Again he was sent home, but soon returned.

According to Miranda, eventually staff member Robert  told a supervisor that his roommate had tested positive for the virus.

Finally, the staffer was tested.  This time “he was not allowed to return to his job until he texted negatively for the virus,” Miranda said.

Meanwhile, youth who’d repeatedly been in contact with Robert, were not quarantined at all, Miranda said.

The CJJ report, along with the accounts of Miranda and others, is also consistent with a recently-released investigation by the Office of the Inspector General (OIG), which found “inconsistent mask use” by California’s prison staff in the adult prisons, a failure the OIG attributed, in part, “to poor enforcement by supervisors.”

“Although the department distributed cloth face coverings to its staff and incarcerated population,” wrote the OIG, “and also implemented physical distancing requirements, our staff observed that staff and incarcerated persons frequently failed to adhere to those basic safety protocols.” And, “supervisors and managers did not sufficiently enforce these requirements.”

Unless departmental management, clearly communicates consistent face covering guidelines that are enforceable, “and effectively ensures that its managers and supervisors consistently take disciplinary action when they observe noncompliance,” concluded the CDCR’s Inspector General, Roy W. Wesley, “the department will continue to undermine its ability to enforce basic safety protocols, increasing the risk of additional, preventable infections of COVID-19.”

The same is true of the DJJ.

“COVID-19 is a life-threatening illness that has killed hundreds of young people across the United States and impacted the health of countless more,” wrote the report’s authors.

Fortunately, DJJ has had no COVID deaths. Yet, what the DJJ has no way of knowing is what longterm effects may show up over time for those young people who acquired the virus due bad decisions by higher-ups, and unchecked carelessness by many.

For example, the outcome of a recent large study by researchers at Oxford University indicated that one in five COVID patients may develop COVID-related mental illness.

The World Health Organization noted in a September 2020 report that prolonged post-COVID illness can occur in young adults and children who are diagnosed with COVID, even those “without chronic underlying medical conditions.”

In other words, wrote the CJCJ authors, those who survive the infection “may experience lasting effects, such as irreversible damage to their lungs, heart, or brain  (Mayo Clinic, 2020).”  Thus, “by failing to act quickly and in accordance with public health guidelines, DJJ put hundreds of young lives at risk.”

And, as the risk of another large-scale COVID-19 outbreak continues to rise, DJJ has resumed admitting youth from across the state, “in defiance of best practices,” noted Menart and Washburn.

“The COVID-19 crisis reveals inexcusable deficiencies within DJJ and demonstrates an urgency to plan for its closure as California shifts responsibility for these youth from the state to local alternatives,” the policy analysts wrote.

Meanwhile,”DJJ’s dangerous conditions, which include lengthy and isolating periods of quarantine, when kids have been kept in small, one-person cells for up to 22 hours each day, also impact “the mental, and emotional health of hundreds of youth, particularly Black and brown youth.”

This means the state must act swiftly to prevent another dangerous COVID outbreak,” write Menart and Washburn,  to protect the physical health of youth, and to “ensure the overall well-being of all young people inside DJJ facilities.”

In short, immediate action is called for.