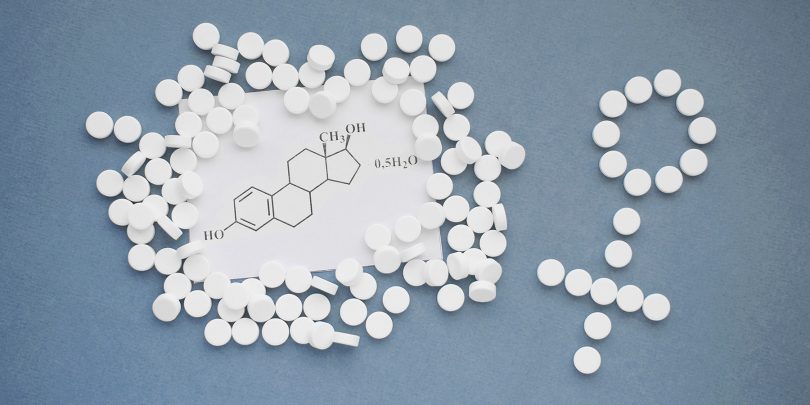 On June 7, the Los Angeles County Board of Supervisors voted on a new motion co-authored by Supervisors Mark Ridley-Thomas and Janice Hahn, that when it passed early on Tuesday afternoon, will reinstate the funding for the long-planned and much-anticipated Probation Oversight Commission or POC, that was slashed at last week’s board meeting.

(We wrote here about last week’s budget-slashing, and about the importance of funding the POC.)

Then, over the weekend, WitnessLA received a copy of a newly-filed complaint against LA County, which described a teenage boy who was in one of probation’s juvenile halls when he was allegedly forced against his will, and without his parent’s knowledge, into an extremely unusual form of “treatment,” by various medical professionals who work inside probation’s youth facilities.

The story is an alarming one, and it illustrates one more time why so many youth advocates and others believe that civilian oversight of the nation’s largest probation department is urgent.

On June 25, 2019, just a little over a year ago, a 16-year-old boy (whom we’ll call Javier, to protect his identity) had just been detained and sent to Central Juvenile Hall, one of the county’s two remaining juvenile halls, located northeast of downtown LA, on Eastlake Avenue.

At Eastlake, as the hall is often known, Javier was given a physical examination by some of the facility’s medical personnel.

According to the complaint, during the June 25, 2019, exam, medical staff first administered a blood test, then a urine test, after which Dr. Danny Wang determined that Javier had slightly elevated testosterone levels.

Javier was, after all,  a teenager, which meant his hormones were likely to be bouncing quite a bit.

But in Javier’s case, the physician who examined him reportedly diagnosed him with Oppositional Defiance Disorder, or ODD, then elected to prescribe an unusual form of medication, with the idea that it would make the boy less “aggressive.”

(Dr. Wang and any other medical professionals dealing with mental health or physical in probation’s halls and camps, don’t work for probation directly.  In the case of Dr. Wang and Dr. David Oh, they work for Juvenile Court Health Services, which is a part of the Department of Health Services.)**

ODD, as it is known, is not an uncommon diagnosis for boys and girls who come in contact with the juvenile justice system.  In the deeply-researched “Los Angeles County Probation Outcomes Report” of 2015, lead author Dr. Denise Herz, and her co-authors, found that 92 percent the kids in LA County Probation’s care had some kind of mental health diagnosis out of the American Psychiatric Associations Diagnostic and Statistical Manual of Mental Disorders.  In the case of probation’s kids, the report found that Disruptive Behavior Disorder, Oppositional Defiant Disorder (ODD), and a couple of other unpleasantly named “mood disorders,” were diagnosed 58 percent of the time.

And of course, once there is a diagnosis, treatment often follows and, in LA’s juvenile facilities, that treatment is too often medication.

In Javier’s case, the medication was Estradiol, which is a form of the female hormone estrogen that is most commonly used by women to help reduce symptoms of menopause.

Wang reportedly prescribed 30 doses of the stuff, to be taken daily, all without Javier’s parents’ knowledge or permission.   Javier was reportedly given his first estrogen treatment in the form of three vaccinations.

Worried, Javier told the medical people that he’d not given permission to be given any drugs or medicine, and asked what the stuff was for.  The nurse reportedly — falsely– told the teenager that it was to treat a small “nodule” on his chest.

Javier was still uncomfortable with taking the mystery medication.  At first, he said he would refuse to take it. Then reportedly, one of the medical staff told him he could not in fact refuse.  Javier’s probation officer was also standing nearby when the conversation took place, and reiterated that Javier didn’t have a choice in the matter.

Later, Javier would tell his parents, and his lawyer, Wesley G Ouchi, that he was afraid of getting a negative “write up,” by staff members that could be reported to the judge and “negatively affect” his case, as the judge had threatened to make his sentence longer and harsher, possibly even sending him to the state’s Department of Juvenile Justice system (DJJ), unless he ran a good program, and got zero write-ups.

Fearful about giving staff any reason to criticize his behavior, Javier took the Estradiol, as he was instructed.

“Replacement hormones” like Estradiol are powerful and almost most immediately Javier began to feel strange and sick.  According to the complaint, the effects were “physical, emotional, cognitive, and psychological.”

And then he began to grow breasts.  Really, it was more of a swelling on his chest than actual boobs. But the weird boob-like swellings were visible to other kids, said attorney, Wes Ouchi, when WitnessLA spoke to him.  And then, of course, the teasing began.

Javier also broke out in pimples on his face, scalp, and body.

He became depressed, and couldn’t concentrate.  He was highly anxious, had a hard time controlling his thoughts. The teasing from other boys didn’t help.

Finally, after 13 doses, a desperate Javier refused the treatment, write-ups, or no write-ups and, this time, he stuck to it.

After he refused treatment, Dr. Wang and his boss Dr. David Oh, told his parents about the treatment.  At least, sort of.  He didn’t really explain what the treatment actually was.

So, did Javier really receive any kind of accepted treatment?

As far as attorney Ouchi has been able to determine, the answer is no.

“There is no any kind of indication that providing Estrodial to an adolescent male is any kind of accepted treatment for anything,” he said.  “We think it was an experiment.  And we think it’s likely not the only time they used the treatment, experimentally.”

So far, WitnessLA’s preliminary probe of the matter yields the same utter lack of studies or academic papers on the topic.

Ouchi and his firm haven’t done discovery yet, he said.  So they are just at the beginning stages in probing the case more deeply.  Yet, he believes there’s lots more to be uncovered, noting the curious fact that the doctors seemed to have had the drug handy when Javier was first examined when, obviously, Estrodial is not a normal drug to just keep on hand, such as Tylenol or a broad-spectrum antibiotic.

Ouchi is interested, he said,  to find out if there are other teenage boys in probation’s system who were given estrogen in this potentially purely experimental manner, which he described as “potentially criminal.”

UCLA’s Dr. Jorja Leap, who was part of the planning for the POC, and one of the co-authors of the deeply researched LA County Probation Governance Report, was very disturbed by the implications of the new lawsuit.

“These troubling developments point to the need for real oversight with power to hold probation — and those from other county agencies, who work inside probation’s facilities — fully accountable when they harm those in their care,” she told us.

(You can read the full complaint right here.)

Later this week, WitnessLA will have another report on another disturbing lawsuit having to do with LA County Probation, this time pertaining to something that happened during the evacuation of the kids at Barry J. Nidorf Juvenile Hall during the Sylmar fire.

This second lawsuit also points to the critical need for oversight.

“These recent allegations and many others speak to the vital necessity of robust, credible, and meaningful civilian oversight over the Los Angeles County Probation Department,” said Cyn Yamashiro after reading the complaint having to do with Javier’s case, and discussing the second lawsuit.

“The county cannot continue to formulate policy by responding to litigation. Reacting to crises and civil claims as a means of developing public policy ignores the profound harm suffered by victims of this type of abuse and costs the county desperately needed scarce resources.”

Yamashiro is the Directing Attorney of the LA County Bar Association’s Independent Juvenile Defender Program.  He is also on the existing Probation Commission, and on the temporary blue-ribbon commission that designed the POC.

“Probation Department reform has been at the top of the list in terms of difficulty in bringing about change in LA County,” Supervisor Ridley-Thomas said of the PUC vote, when WLA asked him about the matter. “Here it is a full decade-plus, and we’re just now getting around to establishing an oversight entity — with teeth.  I never would have imagined it would be this difficult.  But I want to give props to the advocates, to the juvenile probationers, to the parents, to the community at large who never gave up, to some of the nonprofit providers, interventionists and a whole host of individuals who know there’s a better way to speak the language of reform, rehabilitation, and reentry.”

As so it was that the motion for re-funding for the Probation Oversight Commission was passed by the board, as were motions for additional funding for the Office of Diversion and Reentry, and funding for the Alternatives To Incarceration initiative.

“We are having a national conversation about the importance of effective oversight and accountability in our criminal justice system, and that must apply to our probation system as well,” said Supervisor Janice Hahn, who was the co-author of the motion to revive funding for the POC. “As the Probation Department undergoes major changes, we need to get this oversight commission up and running so that it can start the important work ensuring that the young people in our charge get the best care and support possible as they work to get their life back on track.”

“The Probation Department is at a critical point and needs strong civilian oversight now, not later,” he said. “With a strong POC and investigative role for the OIG, it has an opportunity to remake itself not only to prevent abuses, but to improve public safety, promote well-being and further reduce incarceration.”

Justice advocates and others hope Huntsman’s view will carry the day.

**This post was last updated and 6:05 p.m., July 7, 2020. Also, we originally said that Dr. Danny Wang, and Dr. David Oh, worked for the LA County Department of Mental Health. That is incorrect. They work for Juvenile Court Health Services, which is a part of the Department of Health Services. Dr.  David Oh is reportedly the medical director.