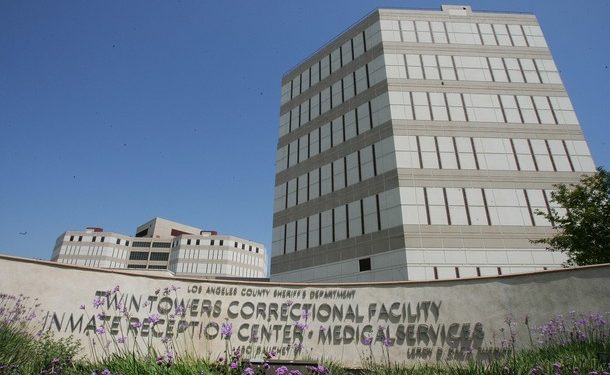 Approximately 61 percent of the mental health population locked inside Los Angeles County’s jails could safely be released into community-based care, according to a newly released study from the nonprofit RAND Corporation.

As of June 2019, there were 5,544 people with mental illness incarcerated in LA County jails — about 30 percent of the total jail population. Those included in the count were held in mental health housing units, taking psychotropic medications, or both.

“There are quite a high number of people in our jails every day who are not there because they actually pose a great risk to public safety,” said LA County Supervisor Sheila Kuehl at Tuesday’s board meeting, “but because their offense was committed through some aspect of their mental illness.” Most of these people don’t actually need to be in jail, Kuehl said. “We certainly know” that jailing people with mental illness doesn’t improve recidivism rates, she added.

Since its inception in 2015, the county’s Office of Diversion and Reentry (ODR) has identified and pulled 4,305 diversion-eligible people from local jails, sending them into community programs.

The RAND study, commissioned by the LA County Board of Supervisors in August 2018, found that far more can be done to reduce the county’s reliance on incarceration and to address the fact that Twin Towers Jail is considered the nation’s largest mental health institution.

Specifically, RAND researchers suggest that 3,368 (61 percent) of those in the mental health population do not need to be locked up. RAND found these individuals to be “appropriate candidates” for diversion. RAND identified another 414 people (7 percent) that were “potentially appropriate,” but would require a more in-depth assessment of their case. The rest, 1,762 individuals (32 percent) RAND found to be inappropriate for mental health diversion generally because they committed serious crimes that made them a danger to public safety, or because they did not have a serious mental illness.

Women were more likely to be eligible for diversion than men, the study found. Approximately 74 percent of women and 59 percent of men from the group were identified as diversion candidates.

RAND points out that, in order to actually divert 61 percent or more of the jail’s mental health population, the county must come up with enough community programs, services, and housing to serve those who would otherwise be locked — unnecessarily, according to RAND — inside county jails.

“Diversion programs have many potential advantages: They connect individuals with needed treatment services, reduce the burden on correctional systems to provide these services, and may save costs without compromising public safety,” the study stated.

And calculating “how many people are appropriate for diversion is a first step toward understanding the types of programs, staff and funding that would be needed to treat those individuals in the community,” said the study’s lead author, Stephanie Brooks Holliday, a behavioral scientist at RAND.

Using a random sample of 500 people considered to be among the jails’ mental health population, Brooks Holliday and the RAND research team applied a set of legal and clinical criteria in keeping with those criteria that ODR uses to measure diversion potential among those in county custody.

Thus, it was not all that surprising that the numbers echoed a preliminary study by ODR, which found that the county could feasibly divert 56 percent of mental health inmates away from jail.

At the time, Sheriff Alex Villanueva said he was concerned by the estimated potential diversion rate, saying that the ODR “might not have considered all related factors,” when they came up with that number.

Yet, so far, ODR’s programs appear to be successfully keeping mentally ill people from cycling between the streets and jail cells, according to a slightly older RAND study. Of the 311 people who entered an ODR diversion housing program from 2016 to 2019, just 14 percent had new felony convictions within a year, and 74 percent maintained stable housing after 12 months, the report found.

While most of the county’s mental health population is housed in Twin Towers, the two reports are also meaningful points in the county’s 15-year-long journey to address the fact that Men’s Central Jail is a dilapidated and dangerous mess.

In February 2019, the LA County Supes scrapped the increasingly controversial plan to replace Men’s Central Jail with a high-tech 3,855-bed “mental health jail,” known as the Consolidated Correctional Treatment Facility (or CCTF). The board chose, instead, to build a new $1.7 billion “mental health treatment center,” with a focus on what the board called a “care first, jail last” goal.

The secure health care facility was to be staffed primarily by the LA County Department of Health Services, rather than by the sheriff’s department. Yet, community advocates led by the Reform LA Jails Coalition, continued to rally against this new plan, as well, arguing that it was just another jail with a different name.

Finally, last August, the supes voted to cancel the lastest jail replacement proposal, choosing instead to focus on diverting people into evidence-based alternatives to incarceration.

Which is where this new study comes in — as part of the county’s roadmap toward better treatment and decarceration for mentally ill Angelenos, Supervisor Mark Ridley-Thomas said on Tuesday.

The board of supervisors created the Office of Diversion and Reentry five years ago “with the belief that appropriate treatment could do three things, Ridley-Thomas said. It could “make communities safer,” “break the cycle between jail and homelessness,” and save the county money.

But stepping up the county’s current level of diversion to meet the needs of mentally ill residents will not be easy, as the board members noted on Tuesday. Expanding access to far more services, including outpatient care in more community clinics, will be needed, or “diversion is going to fail,” said Supe. Kathryn Barger.