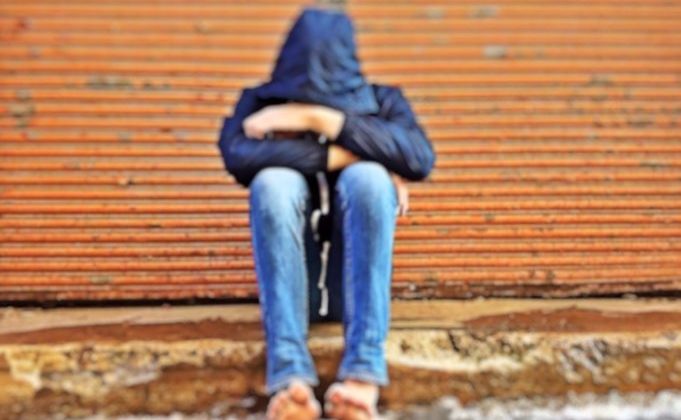 Three out of four homeless youth in the Bay Area has been in foster care, the juvenile justice system, or both, according to a study by a key legal aid group in the area.

“By law, there should be so such thing as a youth under 18 years of age who is homeless on their own,” said the report, produced by the Bay Area Legal Group (BALG). But nearly 5,000 youth aged 12-18 were marked as homeless and unaccompanied during the 2017 national point-in-time homeless count collected by the U.S. Department of Housing and Urban Development — though advocates place that number much higher.

A big contributor to this problem is a lack of awareness among systems-involved teens about the many resources available to them through local, state and federal agencies, according to BALG. Of equal challenge is the spider web of red tape around accessing each benefit they are entitled to.

Comprehensive, free civil legal aid can act as the backbone to a safety net that catches these youth before they fall through the cracks of the systems tasked with serving them, the report suggests. Civil legal aid is free help from an attorney “specialized in enforcing legal protections and entitlements to basic necessitates such as public benefits programs, healthcare and housing,” the report explains.

While youth in the Bay Area and some other cities have groups like BALG providing these services, in many parts of the country, these needs go unmet. Earlier this year, the American Bar Association passed a resolution calling on its members to address youth homelessness through pro bono work, citing BALG as one of 12 model programs of such work.

Through their Youth Homelessness Project (YHP), which launched in 2011, BALG has accessed $9.6 million in benefits for their clients. Not every case is seeking monetary benefits or cost-affected services — some are focused on protecting rights. For the clients seeking benefits, YHP secures an average of $42,797 in services and benefits per client, ranging from cash aid to food stamps to housing.

YHP connects with youth during workshops at shelters and trains service providers to alert YHP when they encounter a young person struggling with legal barriers. In addition to providing legal aid to the youth clients, YHP lawyers also train shelter operators and service providers to screen for and recognize such barriers.

The report posits that youth in the foster care and juvenile justice systems, especially adolescents, face particular challenges around accessing the benefits they are entitled to due to their dependency status.

YHP’s clients are served by both an attorney and a social worker who partner up to identify and address each youth’s individual needs. Central to YHP’s model is ensuring that all legal advocacy is driven by the youth’s voice and goals.

“Many young people, especially adolescents, have felt disempowered by adults acting in their ‘best interests,’” the report says.

Each YHP client starts by discussing their goals for their life, and then the attorney opens up discrete cases to address each legal issue. While the cases will typically span across a range of systems and services, each client’s caseload is handled by one consistent attorney to minimize confusion and build trust between attorney and client.

The YHP program boasts a self-reported 94 percent rate of positive outcomes for their cases, including reuniting with their families, securing safe independent housing and making moves that build toward long-term stability, like finishing school. Since the 2011 launch, the program has opened 1,239 civil cases.

“Every case opened by BayLegal represents an instance in which a youth was eligible for a benefit but was not receiving it, primarily due to administrative barriers or errors,” the report says.