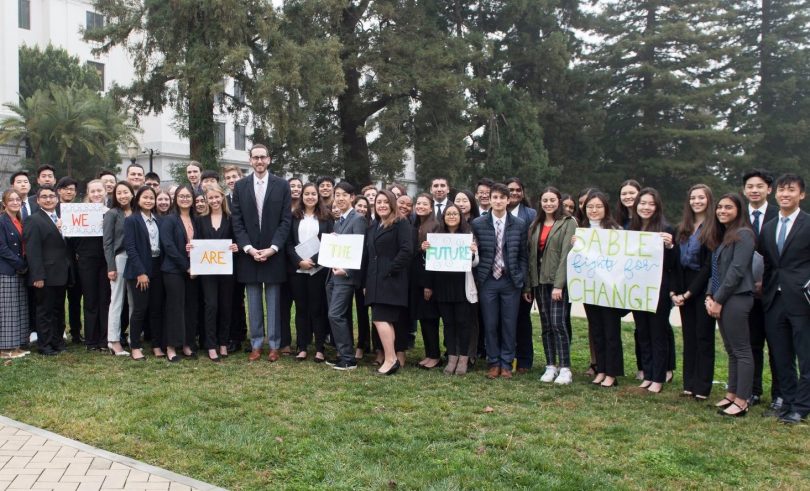 A California bill soon to land before its first legislative committee seeks to engage the state’s teens and young adults in developing policy and advising the state government on issues directly impacting youth.

The bill, AB 1858, introduced by Assemblymember Luz Rivas (D-Arleta) and Senator Scott Wiener (D-San Francisco), and, would create the “California Youth Empowerment Commission,” an advisory body made up entirely of two dozen young people ages 14 to 25.

These teens and young adults would be appointed by Governor Gavin Newsom, along with the CA Senate and Assembly, and serve two-year terms. At least half of the commissioners that state leaders select must have experienced juvenile incarceration, youth homelessness, the child welfare system, or a disability.

The commission would join approximately 40 other panels currently advising state officials, none of which, Luz notes, are led by youth. More than a dozen states across the nation have youth advisory boards. Assm. Rivas hopes to add California’s name to that list.

“Through education, responsible journalism, and the interconnectivity of our social media platforms, our youth are well-informed, engaged, and empowered to participate in our democracy,” said Assm. Rivas. “As a member of the Legislature, I believe that it is our responsibility to engage and listen to the next generation before making policy decisions that directly impact them.”

The commission would offer teens still to young to vote “a formal way to participate in the civic process” and to move the dial on the systems that affect them.

“We are not hearing from 60,000 youth that are in the foster care system at any given time, and the thousands of youth” caught up in the juvenile and adult criminal justice systems, as well as the hundreds of thousands of children and young adults that are homeless each year, Luz said at a rally to announce her bill earlier this month.

“Their stories matter,” she said. “And we’re currently not giving them a platform to have their stories heard.”

Jason Chen, a former intern in Sen. Wiener’s office, whom Wiener called “a driving force” behind AB 1858, said the bill was “valued by, written by, and championed by a diverse coalition” of youth from across the state.

The San Francisco Youth Commission, one of the bill’s sponsors and reportedly the oldest local youth advisory board in the nation, praised the bill, saying the commission was looking forward to the creation of an “institutionally diverse youth commission established at the state level in California.”

“As the oldest local youth commission in the country, we see every week the value of a direct link between policymakers and the frequently underrepresented youth in our schools and communities,” said SFYC’s Calvin Quick.

The bill will go before its first legislative committee on or after Feb. 7.