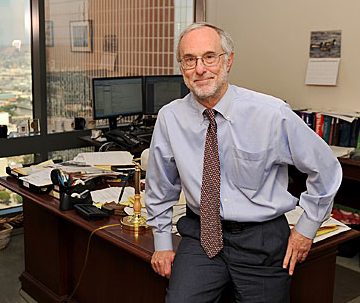 The Los Angeles County Sheriff’s Department “made substantial progress” into compliance with many of the 69 conditions of a 2015 settlement with the US Department of Justice to improve mental health care in the county’s jails, according to the latest report from Richard Drooyan, the monitor appointed to oversee the mandated reforms. However, the department was in non-compliance on 10 of the required reforms, including increasing out-of-cell time for mentally ill inmates, and improving —and faces “significant challenges” on the road toward achieving compliance with the terms of the settlement.

The 2015 settlement is the culmination of two DOJ investigations spanning two decades of scrutiny of LA’s county lock-ups, starting in June 1996, “to determine whether the conditions in the jails violated the constitutional rights of its prisoners.” The investigations found that the department failed to provide a safe, appropriately monitored, non-abusive environment, including “adequate mental health services,” for the mentally ill in the LA County’s long-troubled jails.

Drooyan is the former general counsel for the Citizen’s Commission on Jail Violence, former head of the Los Angeles police commission, and a former chief assistant US attorney.

The department proved to be in compliance with reforms regarding investigating staff misconduct, supplying control booths with suicide prevention kits, and ensuring that all inmates have access to basic hygiene supplies.

Among the reforms that the department had achieved partial compliance were implementing suicide prevention training and crisis intervention training, developing and implementing specific disciplinary policies for mentally ill inmates, and ensuring that inmates’ mental health diagnosis doesn’t preclude them from being eligible for education, work, and other programs.

The report found the department was non-compliant with a requirement that the sheriff’s department ensures that inmates who verbalize or exhibit suicidal ideation will be transported to the Inmate Reception Center (IRC), Century Regional Detention Facility (CRDF), or a medical facility as soon as possible. Before suicidal inmates are transferred, they must be either within unobstructed view of jail staff, or in a “suicidal restraint location” with welfare checks every 15 minutes.

The settlement also required the department to make sure that psychotropic medications given to inmates “are administered in a clinically appropriate manner to prevent misuse, hoarding, and overdose.”

While the LASD self-reported to Drooyan that it was in compliance with properly administering medication, the report found otherwise. According to Drooyan, he questioned whether the pill calls he observed at Twin Towers Correctional Facility and Century Regional Detention Facility were an accurate reflection of everyday pill calls. When he requested video of pill calls on other days, he found that the administration of medication was not careful enough to keep inmates from hoarding or misusing medication. The footage showed inmates walking away from the nurse’s station without first swallowing their pills, according to Drooyan.

During the first quarter of 2017, 34% of mentally ill prisoners in High Observation Housing, 14% in Moderate Observation Housing, and 33% of prisoners in other housing areas who also have serious mental illness were “offered clinically appropriate mental health treatment and were seen by a [qualified mental health professional] at least once a month.”

However, the Mental Health Subject Matter Expert that works with Drooyan to measure compliance “found virtually no evidence of treatment that qualified as structured or clinically appropriate.”

The settlement also required that by 18 months after July 1, 2015, the sheriff’s department would provide 100% of prisoners held in High Observation Housing at least “ten hours of unstructured out-of-cell recreational time and ten hours of structured therapeutic or programmatic time per week.” The ten hours could include five hours of education or work programs, but at least five hours had to be therapeutic in nature.

Drooyan said he believes that the LASD can come into “substantial compliance” with most provisions within 18 months, as predicted by the department, but that the provisions they are still struggling with will take “considerably” longer than 18 months.

Photo of Richard Drooyan by the LA County Board of Supervisors.