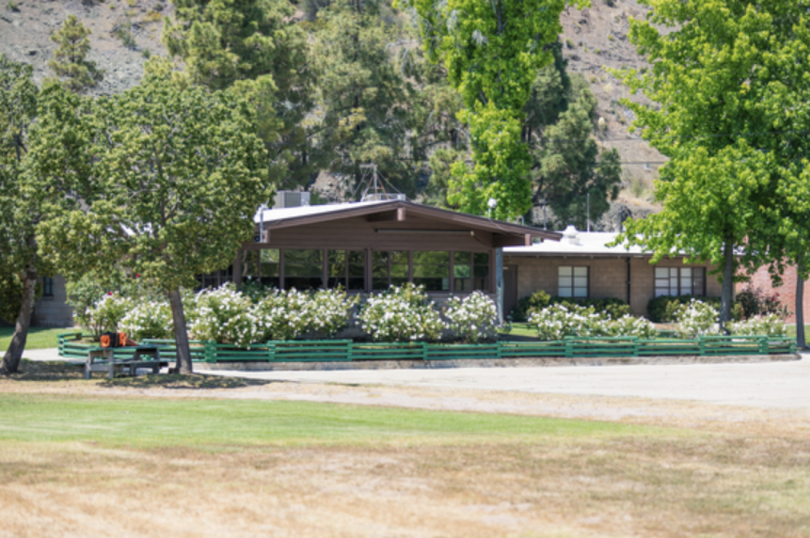 The program will provide technical training as well as housing, various wrap-around services, life skills training, and guaranteed job placement for up to 50 participants at a time.

On Tuesday, August 30, the Los Angeles County Board of Supervisors voted to fund the project with $21.8 million in “Care First, Jails Last” project money, born from the county’s canceled plans to replace the Men’s Central Jail with a new and expensive locked facility.

In addition to providing a “Care First” community-based program for youth in need of support, the new Los Angeles Training Center (LATC) addresses another injustice within the criminal legal system. Incarcerated firefighters are paid a maximum of $3 per day to risk their lives fighting dangerous fires alongside California’s career firefighters.

California’s Conservation Camp Program saves the state approximately $100 million each year, since the CA’s approximately 2,600 incarcerated firefighters on more than 200 crews are paid approximately $2 a day, and another $1 when they’re risking their lives fighting fires.

Yet, despite the skill they gain as they are providing California what is essentially unpaid labor, because of their convictions, Conservation Camp participants face a difficult path to securing related employment after incarceration, despite their significant firefighting experience.

“They get trained, they go through rigorous training, they do a hell of a good job, and because they have a rep, once they get out, they cannot get a job,” Supervisor Hilda Solis said of the firefighters during a January 2022 board meeting.

The state has taken steps to bridge the gap between formerly incarcerated firefighters and careers, including opening a training center in Ventura (which the LATC is modeled after), and creating a path to expungement for Conservation Camp workers.

The plans for a reimagined Camp Gonzales, years in the making, did not always center around a firefighting training center, however.

In May 2016, the board approved a motion by Supervisors Sheila Kuehl and Hilda Solis, to develop a three-year pilot program for a repurposed Camp Gonzales. LA County Probation would oversee the operation of the professional training facility for young people. Originally, the renovated camp’s offerings were to be focused on building and construction trades (pre-apprenticeship program), and food service/culinary arts.

After the supervisors approved a 2019 motion, “Exploring Reentry Employment Support for AB 109 Fire Camp Participants,” however, the vision for Camp Gonzales’s future began to shift.

The motion directed county departments to report back with ideas for facilities that could be used for reentry and fire training, and ways to link formerly incarcerated firefighters to employment.

By January 2022, the board was approving plans for Camp Gonzales to be a training center for young people — some of whom may have fought fires while incarcerated — to enter firefighting careers. While the program will prioritize young men, formerly incarcerated people who are older and who have firefighting experience may also be invited to participate, if space allows.

“Our fire seasons have only gotten worse over the years, and we need all the routes we can get to prevent and fight wildfires,” Kuehl said during the January meeting. “We have been very dependent on prison labor to fight these fires.” Through the board’s “Care First, Jail Last” efforts, she said, “we are trying to connect people with living wage jobs, with services, with good training, in order to help them succeed after incarceration and after exiting our foster care system.”

That California is short on firefighters only makes the program’s launch more urgent. “By helping our community members to heal and grow, the LATC would provide a public service well beyond the young participants,” Supervisors Kuehl and Solis wrote in their latest motion. “The benefits would flow to the entire County through an increase in staffing for the fire service and improved public safety.”

Thus, Tuesday’s motion, which allocates funding, approves the purchase of needed fixtures and supplies, and declares the project exempt from the California Environmental Quality Act (CEQA), eases the path forward for renovating and launching the new Los Angeles Training Center over the next year and a half.

Dozens of residents who shared comments at the beginning of the Tuesday board meeting, said there was one glaring issue with the LATC plans. While the Probation Department will no longer run the whole operation, as originally intended — community-based organizations will have that responsibility — Probation staff will still be present on the campus, supervising any of the young participants who are on probation. This, residents said, would not be in keeping with the board’s commitment to reimagining youth justice.

Several commenters called for LA County Probation to be shut down entirely, in response to a separate critical motion related to the county’s youth lockups: the alleged rape and sexual assault of 70 girls in county custody between the ages of 12 and 18 between 1985 and 2019, brought to light by a class-action lawsuit on the girls’ behalf. The suit names approximately 30 probation officers, one of whom is accused of assaulting 12 different girls.

We’ll have more on the story in the coming days.

Lead photo of Camp Gonzales in 2018, via LA County Probation.