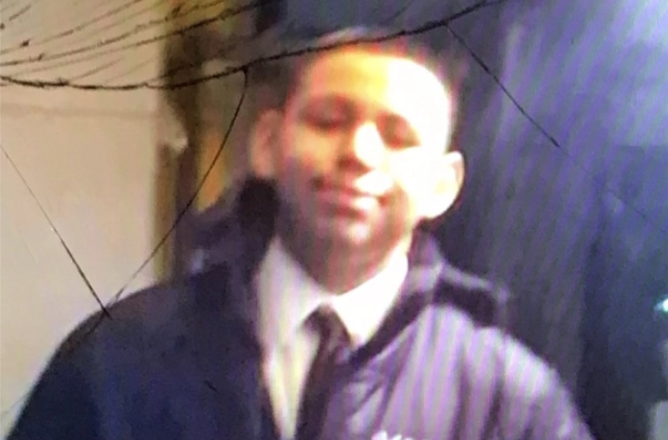 At the start of the Los Angeles County Board of Supervisors meeting on Tuesday, Supervisor Mark Ridley-Thomas read in — and the rest of the board unanimously approved — an emergency motion meant to secure active independent oversight of the investigation into the death of 18-year-old Andres Guardado, whom LA Sheriff’s deputies fatally shot last Thursday evening.

At just before 6:00 p.m., on June 18, an LA County deputy fired six bullets into Guardado’s body, killing him. The act launched a weekend of protest in the community and outside of the Compton Sheriff’s Station, where deputies fired projectiles at protestors and threatened them with arrest for unlawful assembly.

The teen, who is said to have been recently employed to guard the auto body shop where deputies encountered him, was reportedly not wearing a uniform or otherwise identifiable as a security guard. (Guardado would not have been a licensed guard, as he was under age 21.) The sheriff’s department said that when deputies encountered Guardado, he “produced a handgun” before running away from the two deputies.

The deputies caught up with Guardado, and one of the officers fired six rounds at the teen, reportedly hitting him in the upper torso.

While the LASD took some security cameras from the area as part of the investigation, it’s not yet clear whether there is video footage of the shooting, which occurred just outside the border of Gardena. Any available video evidence will not come from deputy body worn cams, however. While the LAPD and most other large law enforcement agencies in California have equipped their officers with body cameras, the LASD has lagged far behind on purchasing and implementing its own body cam system.

Additionally, the sheriff’s department has chosen to place the case under a security hold, which means that the results of Guardado’s autopsy will not be released until that hold is lifted.

Meanwhile, “the community and family have been grieving and rightly seeking answers,” Supervisor Ridley-Thomas said on Tuesday. “The board must make sure that there is a robust, independent investigation of this case to ensure that the truth is uncovered and justice is served.”

“Unfortunately, the Sheriff’s department has a track record of not fully complying with requests and even subpoenas from the inspector general and the [Civilian Oversight Commission],” MRT said. “This raises questions as to whether the OIG will be able to fulfill its mandated role in overseeing investigations, including that of the fatal shooting of Andres.”

Citing a need for “immediate action,” the motion calls on the sheriff to give IG Huntsman “immediate and full access to all evidence requested in order to provide independent oversight.”

The motion also directs County Counsel to work with the OIG, the Civilian Oversight Commission, the Public Defender, and the Coroner/Medical-Examiner to identify alternative means of ensuring an independent investigation into Guardado’s death, including calling on the California Attorney General’s Office to step in and oversee the process.

On Monday, Sheriff Villanueva also sent a letter to AG Xavier Becerra asking for state oversight amid “civil disobedience” in response to Guardado’s death. “The current nation-wide political climate, lends itself to a public demand for police accountability, and the propensity of antagonists to assemble large amounts of people in a short amount of time in protest to any perception of impropriety,” Villanueva said. “Out of an abundance of caution, I am requesting that you monitor this investigation as it is conducted by our Department.”

Yet, on Tuesday, during the supervisors’ meeting, Villanueva hopped on Instagram to chat with followers about his personal feelings about the emergency independent oversight motion.

“This motion was done today – no input from anybody – it was just dumped onto this board meeting at the last minute,” Villanueva said.

“The sheriff’s department has already executed search warrants at the location,” he said. “It’s a tragedy. No way around it. An 18-year-old lost his life. Our condolences to the family of Guardado.”

“No investigation is going to bring him back to life,” Villanueva added. “So we need to keep that in mind.”

In a joint statement on Sunday, Reps. Maxine Waters and Nanette Diaz saw matters from a different point of view.

“Another day, and another Black or Brown kid has been shot in the back by police,” Waters and Diaz said. “These killings must stop. We demand it. The American people demand it.”

Addressing the board, Inspector General Max Huntsman called shooting investigations “the most difficult and most concerning process, particularly when there’s a fatality.”

“It’s necessary,” he said, “that that process be conducted carefully and meticulously.”

Huntsman called for the oversight to happen “immediately” in the case of Terron Boone, half-brother of Robert Fuller, the 24-year-old found hanging in Palmdale earlier this month. LASD deputies shot Boone, who was suspected of holding his girlfriend hostage, just days after Fuller’s body was found.

“My office requested documents,” Huntsman said, regarding “the basis of the arrest” and the manner in which the officers carried it out. “We were denied,” the inspector general said. “We have a history of a problem of establishing cooperation with Measure R,” the measure that gave the Civilian Oversight Commission the power to subpoena documents from the sheriff’s department.

Even in cases in which the investigation process must be “secretive,” said Huntsman, referring to the sheriff’s department’s decision to hold the autopsy results, there still must be “a means of verifying the integrity in this process.” That’s where the OIG comes in: to “see the evidence as collected.”

On Tuesday, after the board meeting, Sheriff Villanueva, LA County District Attorney Jackie Lacey, and LAPD Chief Michel Moore announced that they would be partnering on a county-wide taskforce focused on investigating officer involved shootings and other fatal uses of force.

Yet systems that allow “police to police” themselves and each other, is where problems arise, says IG Huntsman.

“When you ask the police to police themselves, inevitably members of the public wonder if that process is being done fairly, in a manner that puts evidence out that will lead to the truth no matter what, no matter who it points to,” he told the board.